The Labour leader of Brighton and Hove City Council is facing renewed calls to step down as the left wing of the party continues to criticise his leadership. 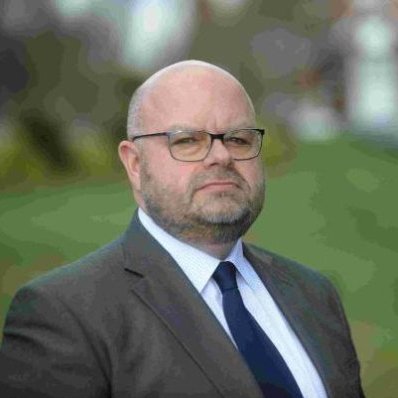 The secretary of GMB Sussex Mark Turner this week said Warren Morgan should consider his position after “losing the confidence” of the Royal Pavilion and Museums workforce over proposals to merge a new trust with the Brighton Dome trust, which has sparked a strike ballot.

And a senior local party member said those who did not want to engage in socialist politics would be best joining those stepping aside, referring to Haringey council leader Claire Kober.

Ms Kober quit earlier this week after the national party’s intervention in a row over plans to demolish council homes and partner with a private company to build new homes. She blamed bullying and sexism from members of the party’s hard left Momentum wing.

Another Labour council leader, Jon Clempner, stood down in Harlow and left the party yesterday, saying he had faced a campaign by Momentum activists.

He said that housing associations were part of the private sector and that, with the prospect of a socialist government, councillors should instead be developing policies to fund housing by taxing the rich.

His comments echoed those made by Brighton Kemptown MP Lloyd Russell-Moyle, who said the day before that councillors should “take note or leave the party” if members and new MPs disagreed with their manifesto – although he added this would not happen in Brighton as the local party worked well together.

Councillor Morgan said that he would not respond to Mr Russell-Moyle’s or Mr Rogers’s comments, instead defending both the new trust and the joint venture with Hyde.

He said: “Our joint venture is with a not-for-profit housing association delivering 1,000 homes that are affordable on 40 per cent of National Living Wage and 60 per cent of market rates.

“They should be protected from Right to Buy unlike our 500 new council homes but even with them there is I think a five-year moratorium.

“The council will retain ownership of the buildings and collections and be represented on the trust. If anyone views that as ‘privatisation’, I would disagree as it involves no sale of assets and no profit-making company.

“It’s a model that has worked well elsewhere and we are engaging fully with staff to address their concerns.”

Jon Rogers, who was elected as chair of the Brighton Pavilion Labour Party on a Momentum slate in February last year, wrote on his blog: “If you try to transfer public services to a charitable trust in the hope that there are tax advantages (ie, dodges) … you will have to excuse taking governance of that service away from genuine accountability to elected councillors and giving it in perpetuity to the ‘great and the good’ who are trustees.

“If you create a joint venture company with the private sector (and don’t kid anyone that isn’t what housing associations truly now are) so that the company can build ‘affordable’ homes which are not council homes then … you set out on a path which, whatever good it does, does not build (any number of) new council homes.

“I do understand why social democrat (and even – which is quite different – New Labour) councillors sought out ‘innovative’ ways to avoid the consequences for local government of the austerity policies of successive governments. No one wants to admit that they don’t have the power to do what they want to do.

“However, where we are now in this country, with the real prospect of a socialist Labour government, we don’t need such ‘innovatory’ compromises.

”We need to develop in detail the policies to implement the improvement of public services for our working class communities to be funded by taxation of the rich and the corporations.

“We socialists must not and will not ‘purge’ opponents as we ourselves have been treated in the past. We will simply encourage democracy and empower ordinary Labour Party members to take decisions for themselves.

“Those who do not want to join us in building socialist politics for the 21st century need not do so and they will be best to join those who are stepping aside – but that will be their choice.”

However, Mr Russell-Moyle agreed that the plans to build new homes in Haringey and Brighton were very different.

“And in Brighton we operate a committee system to the leader and cabinet system they run in Haringey. They have a system where the council elects the leader and the leader rules with an iron fist, not needing to come back to full council, and scrutiny is weak if non-existent in this system.

“In Brighton, we operate with committees deciding things. The leader just guides the discussions and proposes the issues.

“The NEC asked them to hold off – they didn’t say don’t do it, just to mediate with the national party.

“Their arrogant and self-centred leader refused, pretended that it was some matter of principle, that the local Labour group is some how sovereign (and not the voters or members) and so has refused to talk, go through mediation and instead stropped off.”