A licensed North Laine cafe which is allowed to sell wine and spirits has been told it cannot sell beers after neighbours complained. 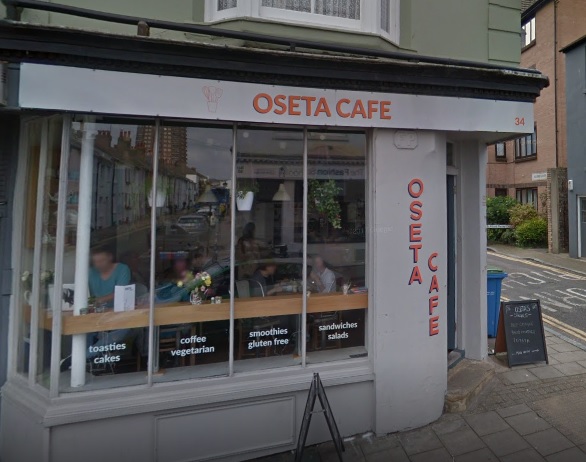 Oseta Cafe in North Street sells hardly any alcohol itself – but it has allowed pop up restaurants to use its small premises in the evenings, and so applied to have a condition preventing the sale of beer and cider lifted.

However, the application attracted complaints from residents of two nearby sheltered housing block, who claimed that customers were using their gardens as a toilet.

Cafe owner Elina Sellings denied this, and said her cafe was being blamed for wider antisocial behaviour in the area. She also said members of the public had come into the cafe trying to catch her out by asking to buy bottles of wine to take away, or quizzing her on business arrangements.

But on Wednesday, Brighton and Hove City Council’s licensing committee said they would not be lifting the condition as she could not prove it would not lead to increased antisocial behaviour.

The panel’s decision said: “This premises sits within an extremely challenging part of the CIZ which is saturated with premises licences and where there are many incidents of anti-social behaviour. We do believe that removing the condition and allowing the sale of beers, lagers and ciders is likely to add to existing cumulative impact and in particular increase public nuisance.

“Especially vulnerable in this respect are the residents of the neighbouring sheltered housing accommodation who have experienced issues of anti-social behaviour and noise nuisance including the congregation of persons outside the premises.

“The number of concerns raised in relation to the premises has increased since the introduction of the pop-up food businesses at the premises and the sale of beers, lagers and ciders is aimed at facilitating these.

“The panel noted that the applicant did not appreciate that the hours the premises were open to the public on the licence operated as a condition and should be adhered to.

“Overall the panel considers that the removal of the condition is likely to lead to more alcohol being consumed at the premises in an already saturated area and that this will undermine the licensing objectives in particular the prevention of public nuisance.

“We consider that the applicant has failed to demonstrate that there would be no negative cumulative impact or that there were any exceptional circumstances. The panel therefore refuse this variation application.”