Channel 4 is being urged to relocate to Brighton and Hove as it looks for premises outside London.

The state-owned television company invited pitches from across the country last month as it started its search for three new “creative hubs”.

Brighton and Hove City Council, working with the local television sector, put in a bid yesterday (Friday 11 May).

It outlines Brighton and Hove’s “distinctive offering as a major digital and creative centre”, the council said.

It said: “In April, Channel 4 launched its ‘4 All the UK’ strategy and invited pitches from cities and regions across the UK.

“The company plans to open three new creative hubs, including a national HQ, bringing 300 jobs to the regions.

“The Brighton and Hove bid highlights the city’s established success in media, digital innovation and the arts, its unique character as a location known for its quality of life and independent spirit, and its excellent transport links nationally and internationally, including its close proximity to Gatwick Airport.

“Visit Brighton has said it’s delighted to support the bid, as the city’s reputation for digital innovation and the arts, and its excellent transport links would make it an ideal destination for Channel 4.”

Councillor Alan Robins, who chairs the council’s Tourism, Development and Culture Committee, said: “Channel 4’s move out of London presents an excellent opportunity for our city.

“We are home to hundreds of artists and creative producers and we host more than 60 festivals a year, including two of the most significant arts festivals in the country.

“We have a culture that values innovation, collaboration, social responsibility and pushing boundaries – all values we share with Channel 4.” 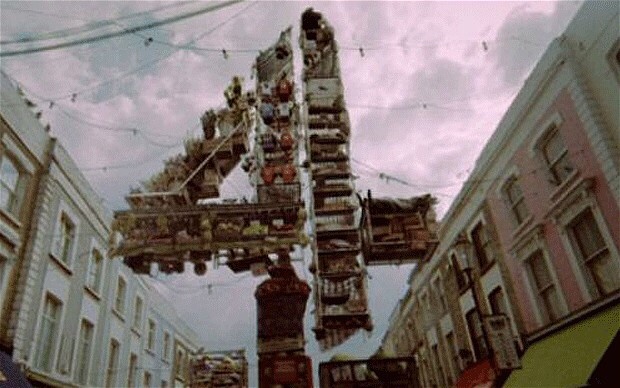 “We’re known for being a place where people are open to new and different ideas, where creativity and innovation are encouraged to flourish.

“Through our digital infrastructure, ease of connectivity and our national and international reputation, we are in a great position to become home to one of Channel 4’s new creative hubs.”

Lisa Fairbank, managing director of Factory Films, said: “Brighton and Hove is home to thousands of talented creatives from film, TV and online.

“Over the last two decades, more and more television and film production companies – not to mention online stars – have been creating shows that are not just seen on TV in this country, but all over the world, from their bases in Brighton.

“A move by Channel 4 would be the next step on the path to securing Brighton’s international reputation as a hub for creativity.”