A drink driving scrap dealer came up with a rubbish excuse when he was approached by police in Hove. 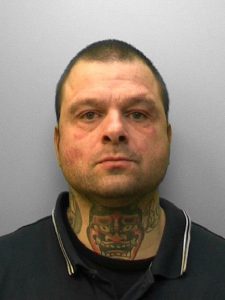 Stephen Slark pretended an imaginary friend had been driving his van.

But he was brought back to reality as police arrested and breath tested him and a court gave him a driving ban and a suspended prison sentence.

“He was then seen to drive the vehicle a short distance before he stopped by the entrance to the post office where he got out and met a female companion.

“He was approached by PCs Nick Simmons and Andy Newman, who identified themselves and questioned why he had stopped there.”

Police: “Why have you driven down there?”

Slark: “I haven’t been driving; it was my mate.”

Slark (pointing to a fence at least 12ft high): “John. He ran down there and jumped over the fence.”

Police: “Is he a free-runner?”

Police: “Look, we saw you get into the van and drive it from the railway station.”

Slark (pointing to his female friend): “It was John who was driving my van, wasn’t it?”

Sussex Police said: “At this point, the plain-clothed officers called for assistance and Slark was required to undergo a roadside breath test which he failed.”

He was charged with driving with 58 micrograms of alcohol in 100 millilitres of his breath. The legal limit is 35 micrograms. He was also charged with committing a further offence while subject to a suspended sentence.

Slark was brought before a judge at Lewes Crown Court where he was sentenced to three months in prison, suspended for 18 months, and banned from driving for four years.

Slark was among 195 arrests made in Sussex during the annual Christmas crackdown on drink and drug drivers which ran during December and ended on new year’s day.

Of these, a total of 129 have so far been convicted and the rest have been either charged, released under investigation or released without charge.

Among the other recent convictions are two men from Brighton.

Philip Bond, 55, retired, of Reigate Road, Brighton, was arrested in Kingsway, Hove, on Saturday 16 December and charged with driving with 141 milligrams of alcohol in 100ml of his blood. The legal limit is 80mg.

At Brighton Magistrates’ Court on Thursday 10 May, he was banned from driving for 17 months. He was also ordered to pay a £120 fine, £85 costs and a £30 victim surcharge.

Matthew Schooley, 40, a refuse worker, of Hallett Road, Brighton, was arrested in Tenantry Down Road, Brighton, on Sunday 24 December and charged with being in charge of a vehicle with 111 micrograms of alcohol in 100ml of his breath.

At Brighton Magistrates’ Court on 11 May, he was banned from driving for three months. He was also ordered to pay a £450 fine, £250 costs and a £45 victim surcharge.