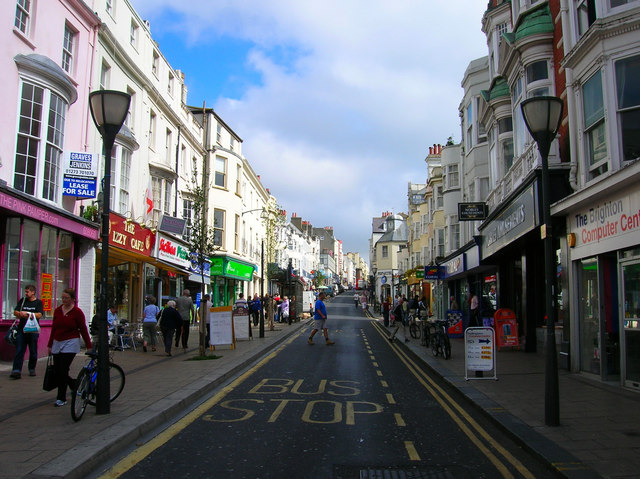 A crackdown on dealing in and around St James’s Street following complaints from residents and businesses has seen two men arrested and significant amounts of crack and heroin taken off the streets.

A 24-year-old Brighton man was detained on suspicion of possession with intent to supply class A drugs in nearby Princes Street on Sunday (3 June) after being spotted acting suspiciously by police officers on patrol in the area.

He was searched and 23 zip bags of heroin and £400 cash were found on him. A search warrant was carried out at his address and £6,000 cash and drugs paraphernalia was found.

He was further arrested on suspicion of supplying cocaine, money laundering and fraud by false representation. He was released on bail until 28 June.

On Monday (4 June) a member of the public saw a drug deal taking place in St James’ Street and alerted a PCSO from the Prevention team who was patrolling nearby. The officer followed the alleged drug dealer and alerted police officers who arrested a 19-year-old man from London.

A search of the suspect found 63 ‘shots’ of crack cocaine on him. He was detained on suspicion of possession with intent to supply crack cocaine. He was questioned and released under investigation.

The new Chief Inspector for Brighton and Hove has pledged to tackle the issues and concerns raised by residents and traders in the St James’ Street area of the city.

Chief Insp Rachel Swinney who is in charge of prevention and operation for the division said: “I am absolutely committed to working with residents and businesses in the St James’ Street area of the city.

“Our local prevention teams have been active in this area with focused patrols and we have been taking a robust approach to criminal activity. Aggressive begging and overt drug dealing will not be tolerated and we have already made some significant arrests.

“But I also want to emphasis the importance of working with our partners to ensure that we are looking to longer term solutions.

“We will continue to work with our partners, the city council, drug and alcohol and homeless support agencies – to look at the best solutions to the issues.

“It is vitally important that we provide a proportionate service to the residents of Brighton and Hove and we will take every opportunity to ensure that we have that visible presence where it’s needed.”

If anyone sees drug taking and anti-social behaviour in the area contact police online or ring 101. If it is a crime in action or an emergency dial 999.