The inaugural Utopia All-Dayer in Brighton passes off perfectly 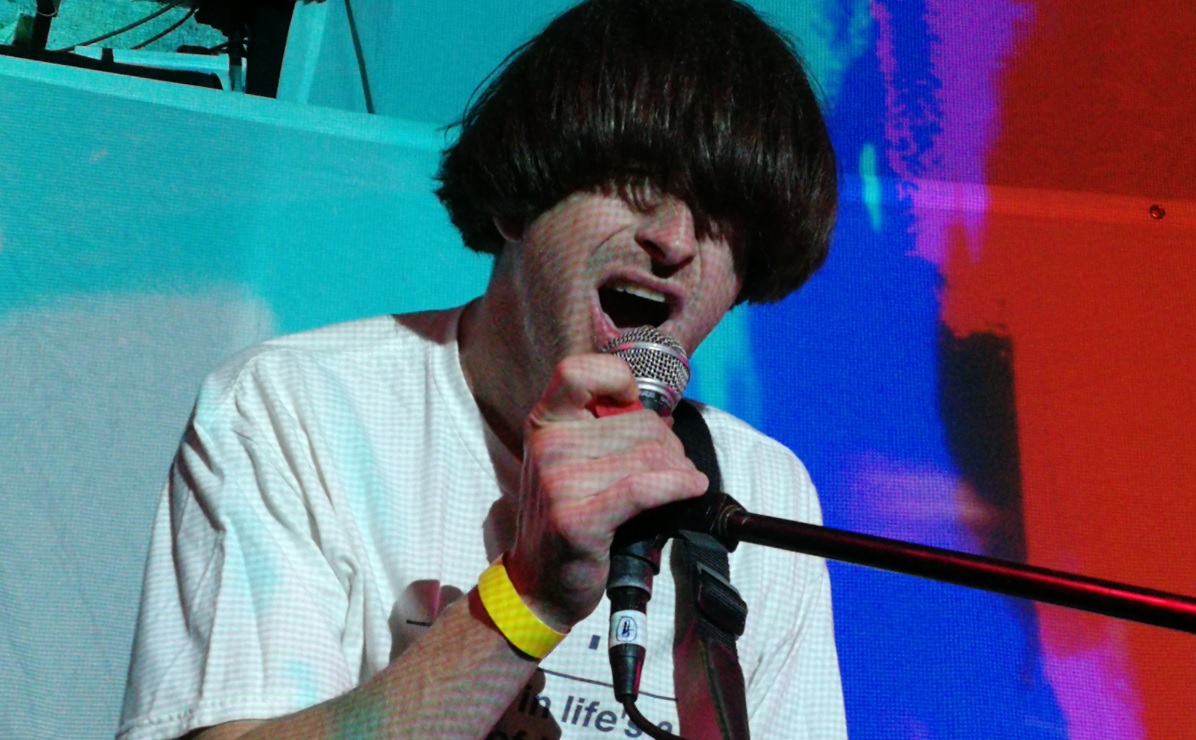 The guys behind yesterday’s inaugural Utopia All-Dayer held at Brighton’s Green Door Store, which is conveniently located immediately underneath Brighton’s main railway station, must still really be buzzing as the whole event lived up to the meaning of the event’s name “Utopia – an imagined place or state of things in which everything is perfect”.

Everything ran just like clockwork and by the end of the day, they were a mere ten minutes behind schedule, which is incredible really as there were no less than ten bands performing in an eight hour musical fiesta from 2:20 pm in the afternoon right up until 10:20 pm in the evening.

Organising ten bands kit on and off stage with ten soundchecks can’t have been easy, but I would say that things were well planned and all of the acts knew exactly what they were required to do. 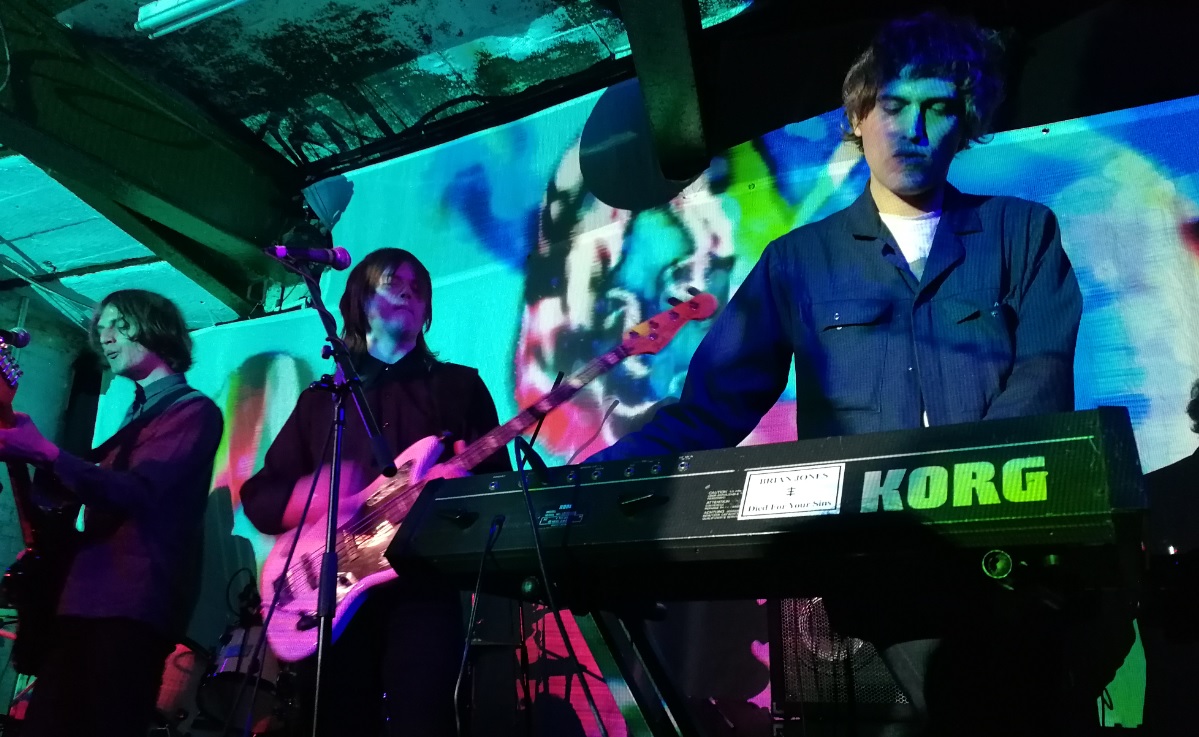 I felt that the day was nicely held together by the psychedelic visuals of Lewes based Innerstrings, whose specialist combination of liquid and live feed projections behind the musical acts, gave the whole event a feeling of unity right across all of the indie bands. I particularly thought that posting the band times at the back of the stage in between each act was a great idea, as it allowed the many punters to calculate how long they had in order to grab some refreshments, buy some merch, have toilet breaks, grab some fresh air and so on. 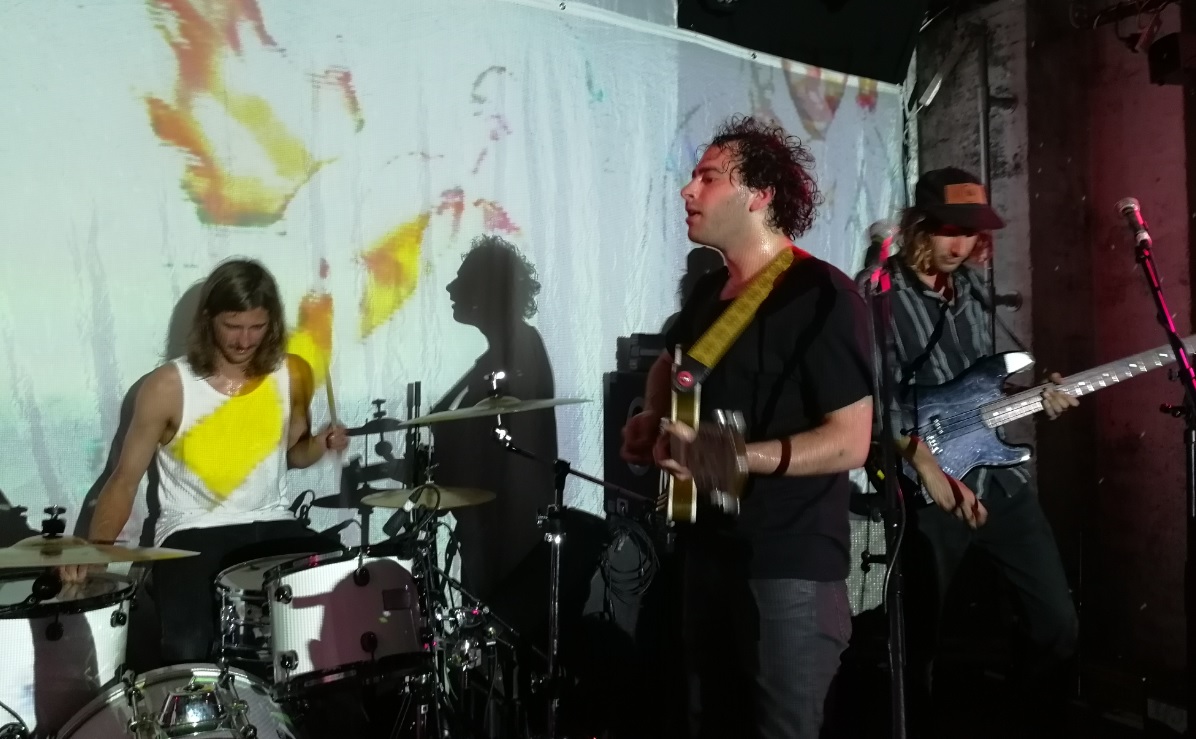 My mate was fortunate to have seen all of the bands and enjoyed eight of them. I’m not naming names regarding the two that didn’t appeal to him, however he was raving about Skinny Milk and Bad Nerves.

I, myself was sadly only to have seen the last four bands due to urgent family commitments. So I am unable to review all of the bands, however, they all deserve a mention. The running order was as follows: 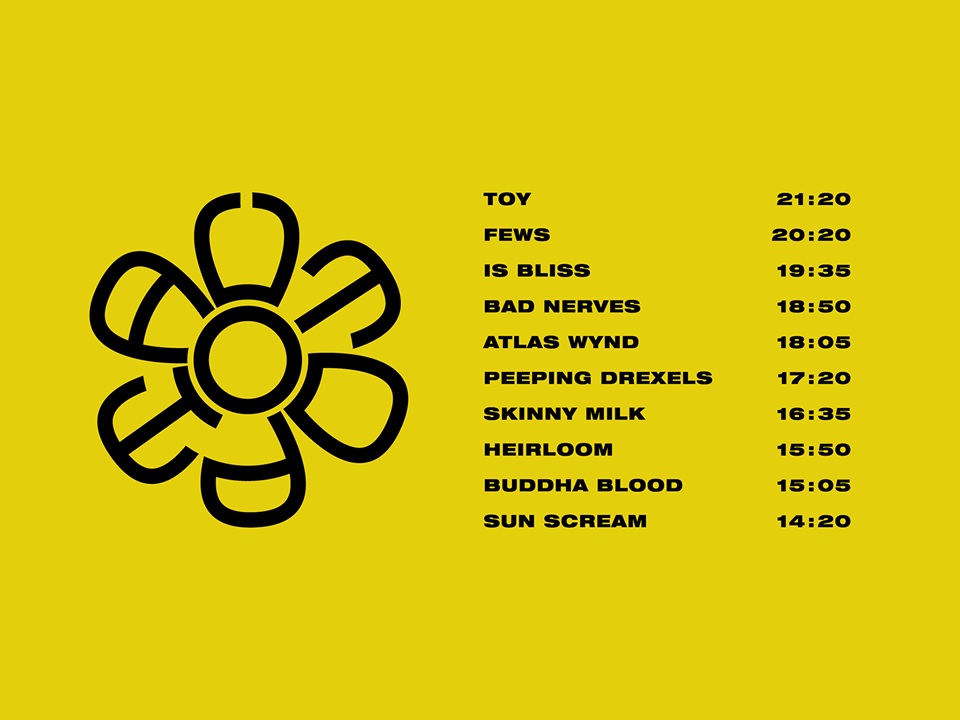 The bands that I witnessed were Toy, Fews, Is Bliss and Bad Nerves. I have recently seen Is Bliss in town recently and so I knew exactly what to expect, but I hadn’t seen any of the other three. Is Bliss once again simply blew me away, no mean feat after the energetic performance of Bad Nerves. Fews, well what can I say? Absolutely stunning! Enjoyed their Gary Numan ‘Metal’ cover and best song of the night was their finale ‘Ill’ (not Roman numeral 3 but ILL), which is over 8 minutes of supreme hypnotic indie-rock. It was funny really as Toy did seem a tad slow after Fews, but I do like their synth sound and look.

The 10 Utopia acts were: 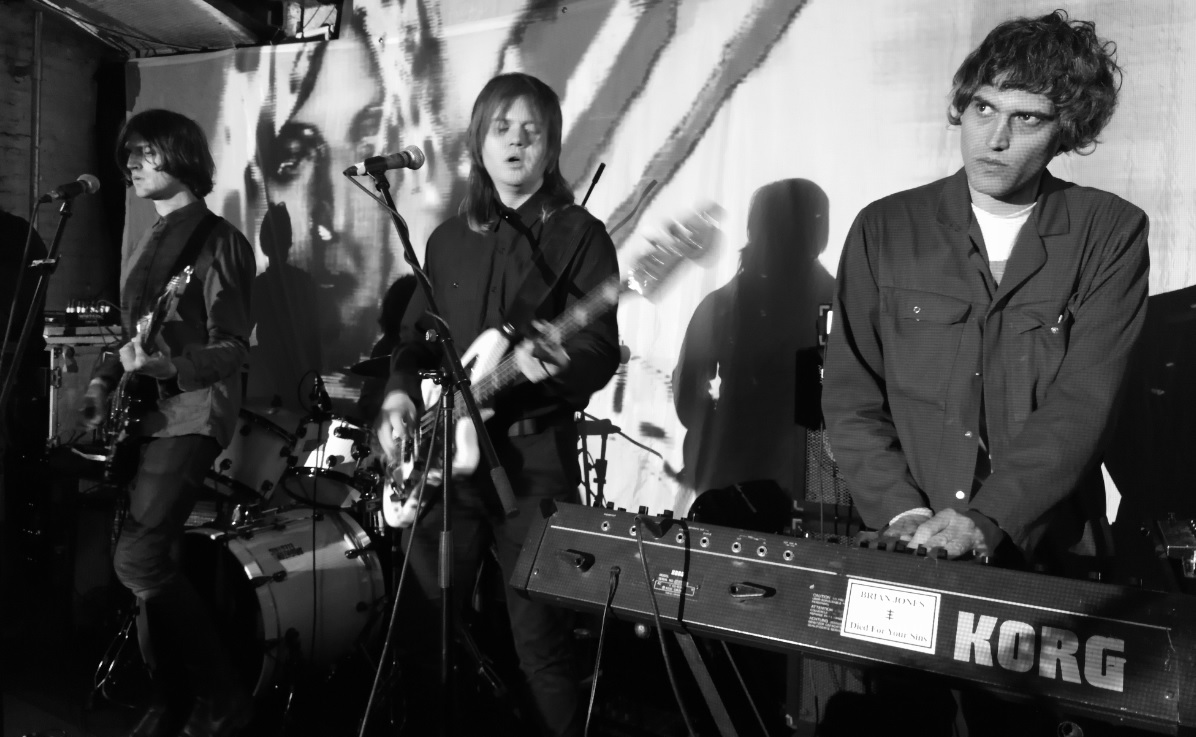 TOY – London based Toy are Tom Dougall, Dominic O’Dair, Maxim Barron, Charlie Salvidge and Max Oscarnold. They formed in 2010 and the last time they put on a show for the good people of Brighton was at The Haunt back in late 2016. They were the headline act for Utopia and are yet another decent act out of the Heavenly Recordings label, along with Amber Arcades, audiobooks, Confidence Man and Halo Maud. I wonder if they are named after the famous unreleased David Bowie ‘Toy’ album? 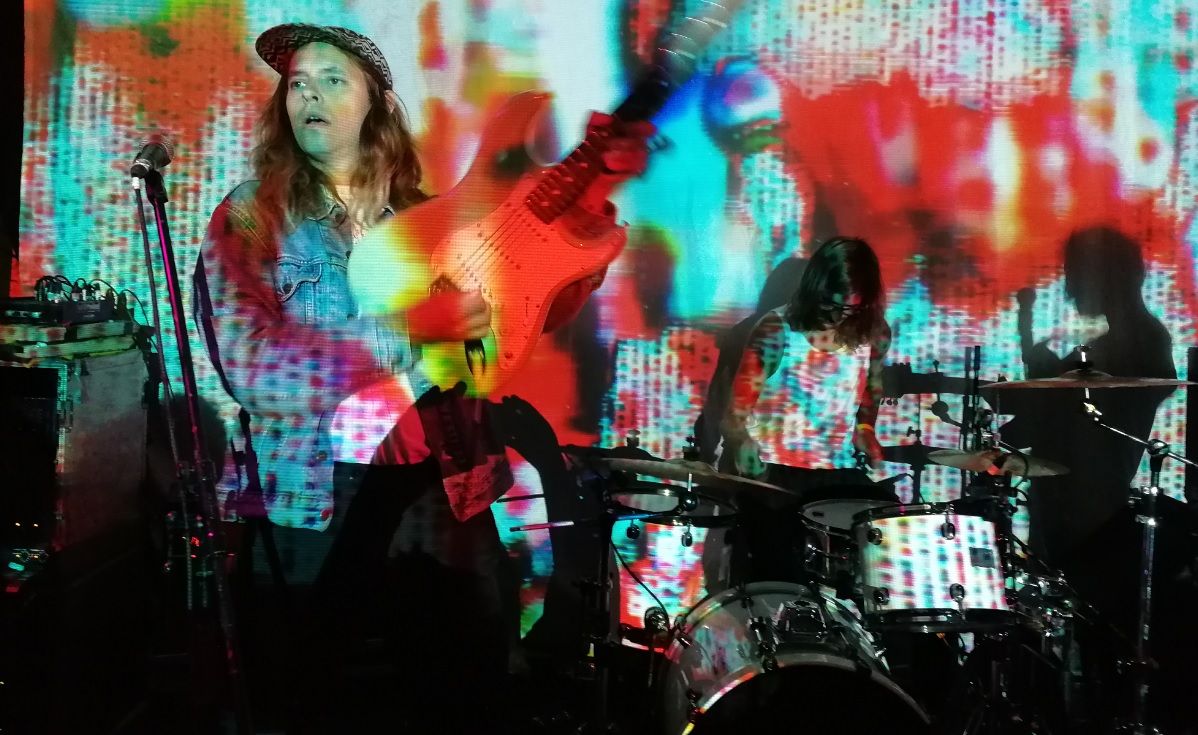 FEWS – As far as I can tell FEWS are a London based four-piece Swedish band who are signed to legendary Play It Again Sam label, that play post-post-punk, motorik noise-pop, with more than a hint of The Cure’s early track ‘Jumping Someone Else’s Train’ mixed in with eye-watering swirly guitar sounds. Check out their ‘Means’ album on Bandcamp. 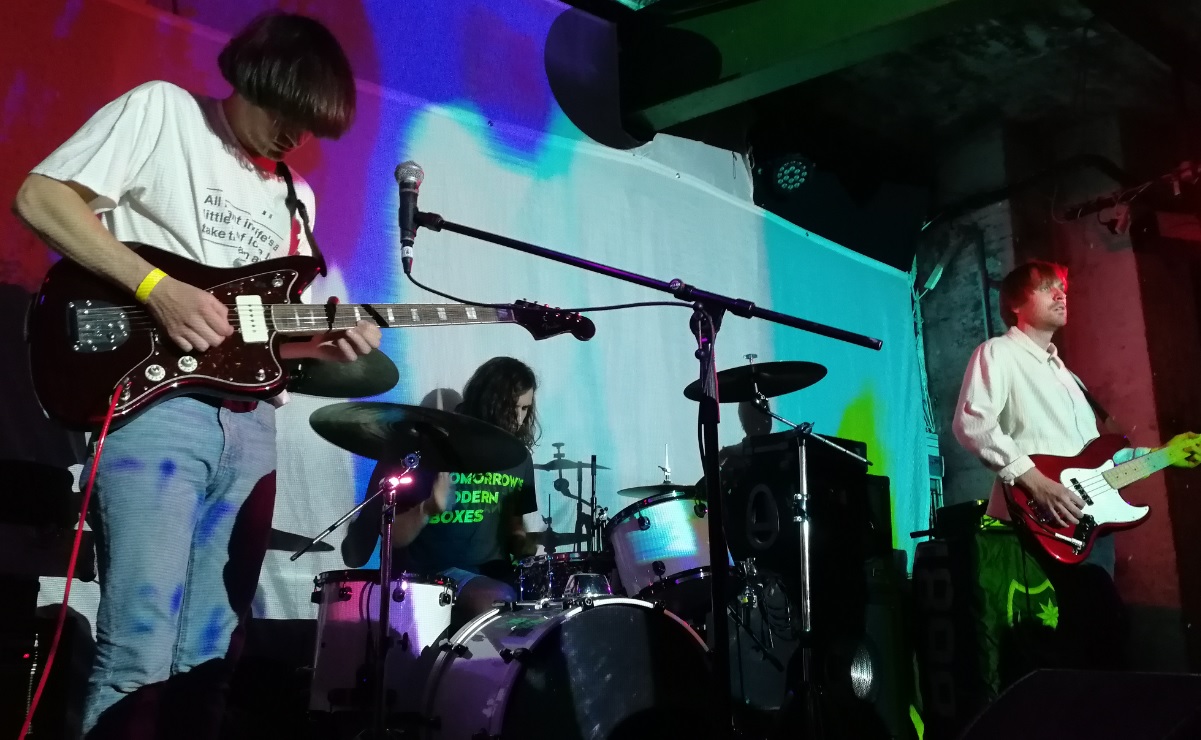 Is Bliss live at the Green Door Store, Brighton 9.6.18

Is Bliss – An awesome indie noise trio hailing from Portsmouth made up of Jimmy Stuart, Dean Edwards and Sam Speakman and are on the Club AC30 label along with the terrific Pinkshinyultrablast. Is Bliss clearly like Rugby’s finest sons Spacemen 3 (got the tattoo – check), the Jesus & Mary Chain and Joy Division’s ‘Leaders Of Men’. Check out ‘Into A Dream’. 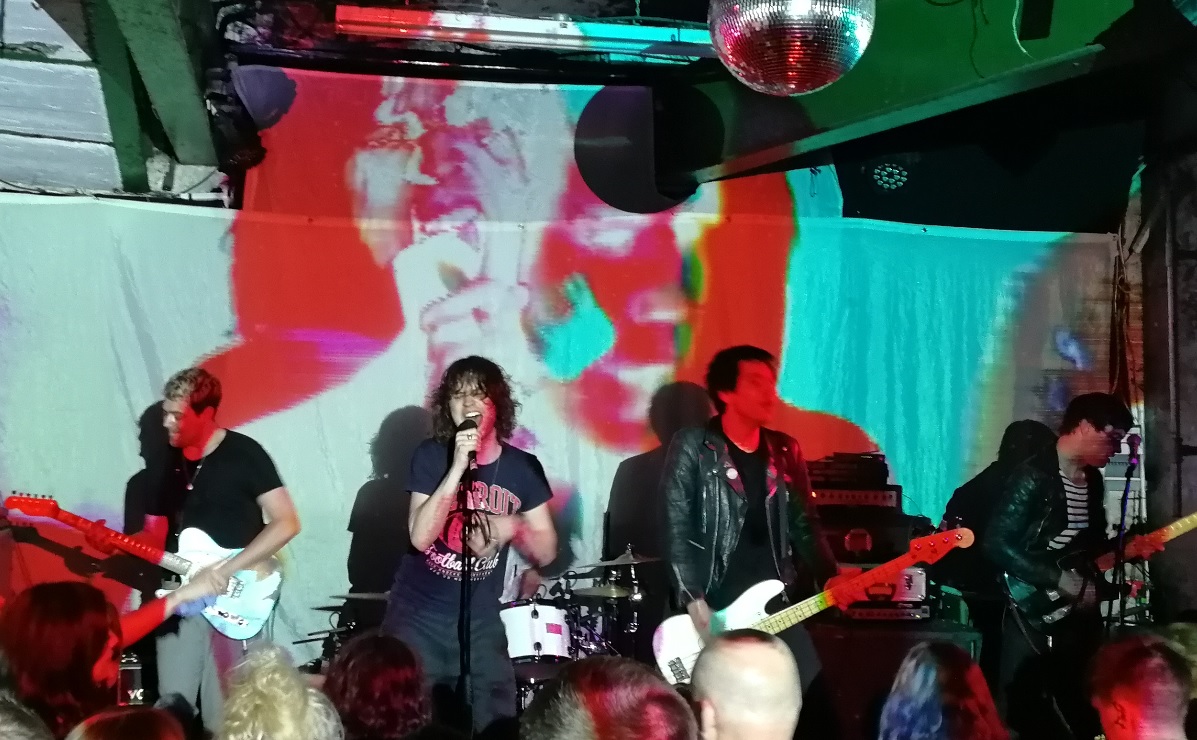 Bad Nerves – These guys hail from East London and have just unreleased arguably one of the best two minute tunes of the year in the form of ‘Can’t Be Mine’. They like David Bowie, Ty Segall, Jay Reatard, The Ramones, Marked Men, The Clash, Dan Sartain and Radioactivity. 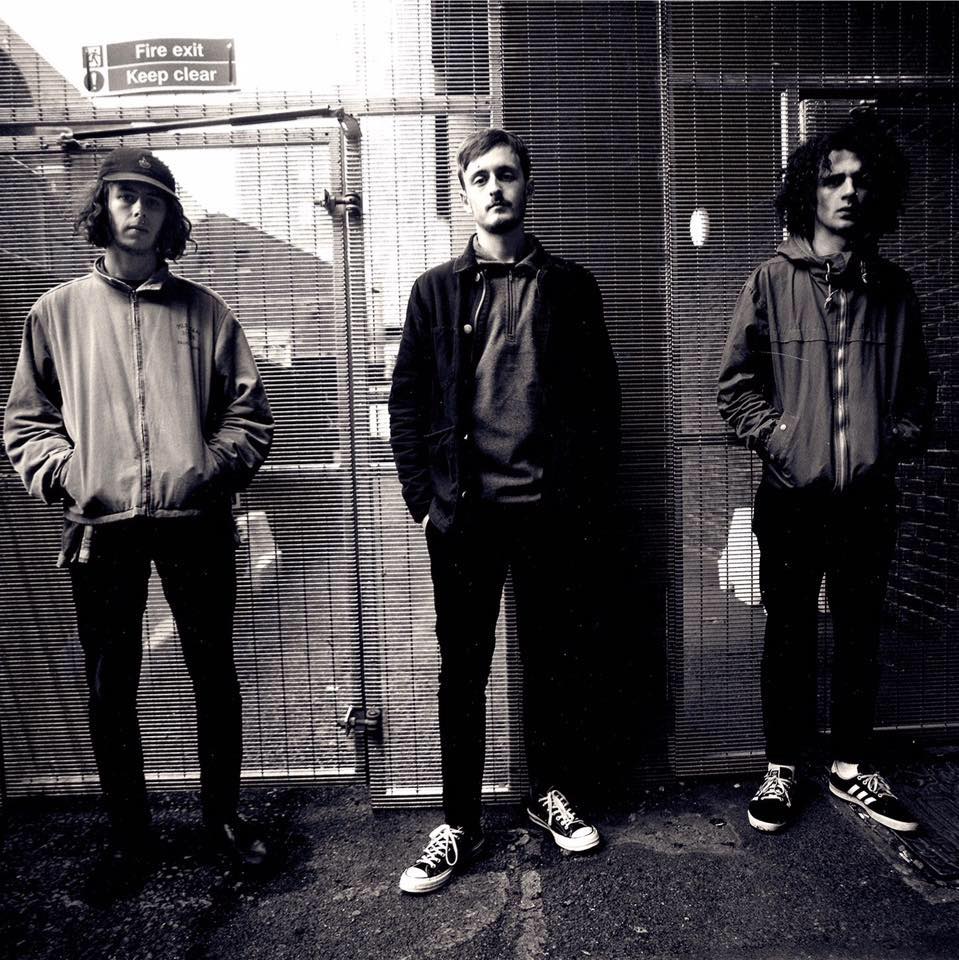 Atlas Wynd – A trio made up of Peter Chapman on vocals and guitar, Harry Sotnick on drums Sam Evans on bass, who’s recent release ‘Helpless’ has been played by BBC radio DJ’s Huw Stephens and John Peel’s son Tom Ravenscroft. 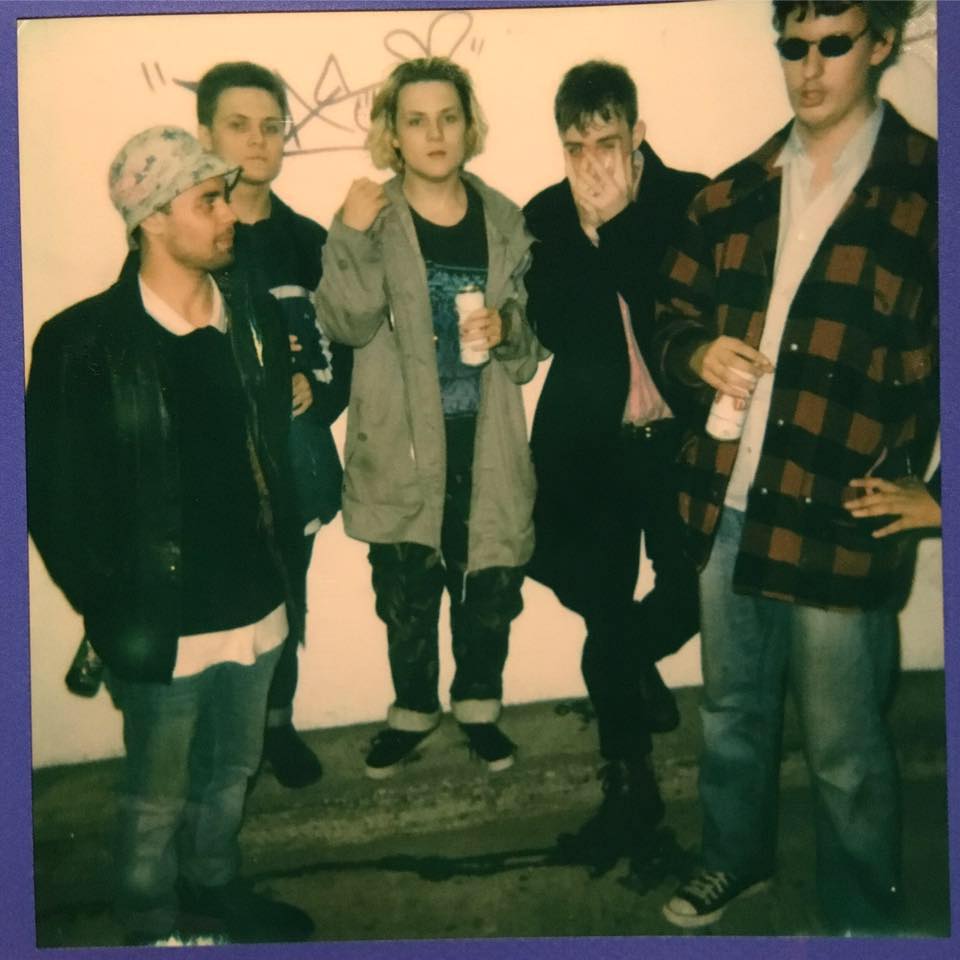 Peeping Drexels – Hail from south London and they have stated that they “play sloppy beats and sleazy melodies – music for horrible people”. Check out their new track titled ‘Bills Drift’. 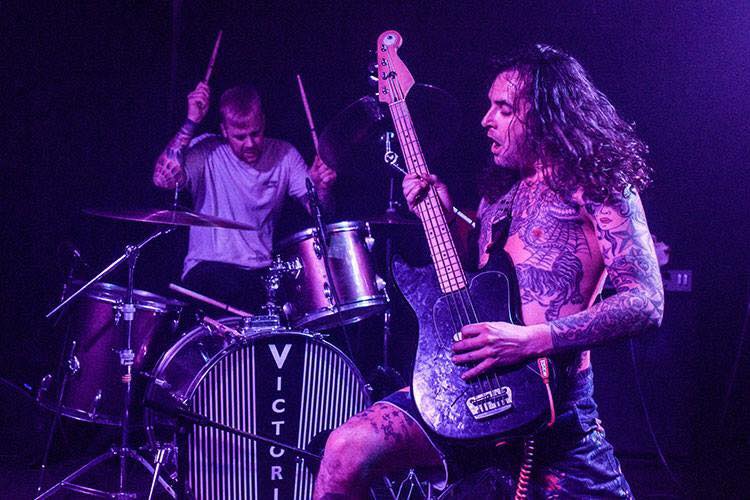 Skinny Milk – These guys are Johnny Hart (Bass and vocals) and Tim Cox (Drums) and they formed in Brighton early in 2016 and they perform loud energetic psychedelic garage fuzz punk. Check out new track ‘Blood’. 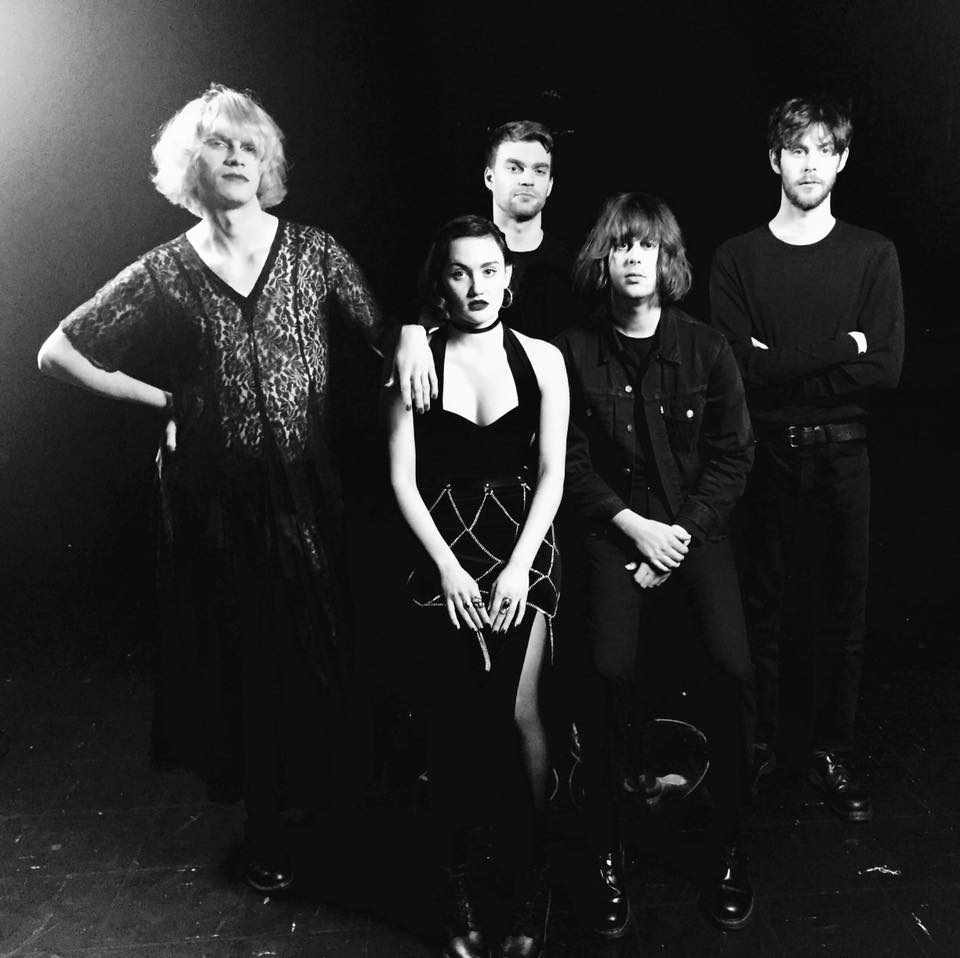 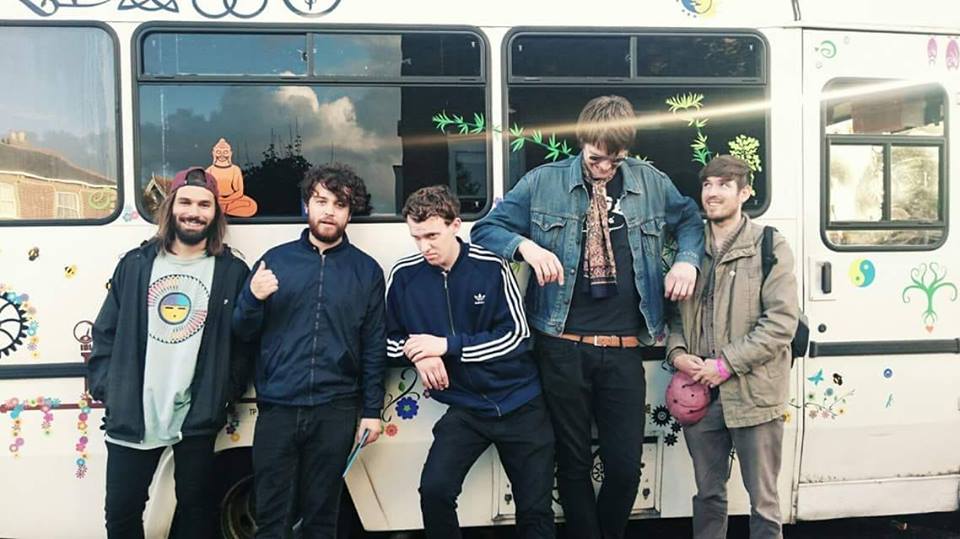 Buddha Blood – Brighton’s five-piece Buddha Blood have a shared a passion for psychedelic fuzz and dreamy melodies, such as Stone Roses, Brian Jonestown Massacre and Tame Impala, so expect driving yet melodic riffs as well as whirling, spacey vocals. 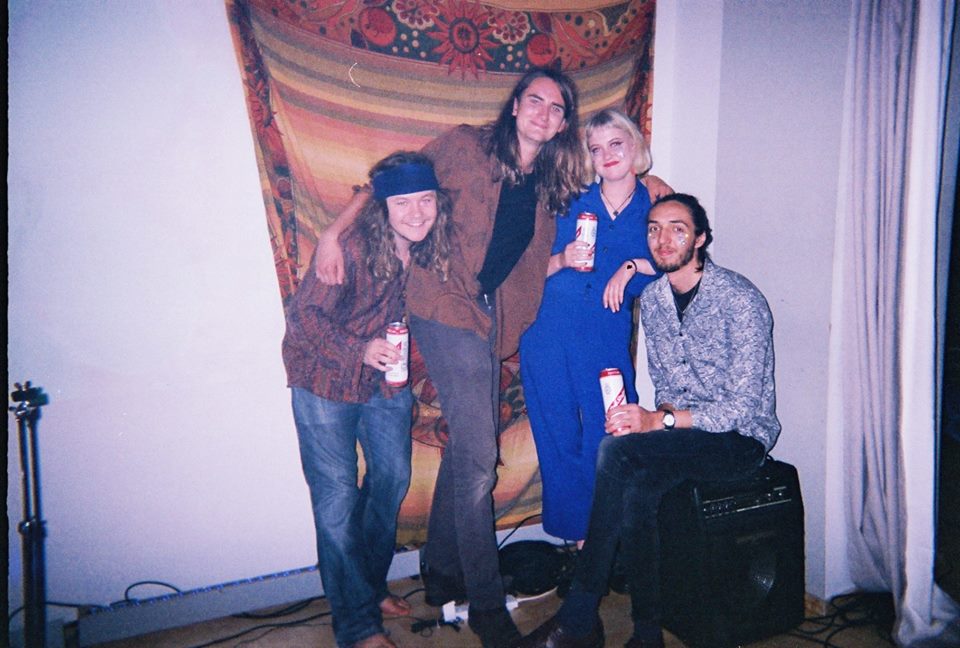 Further information on the Green Door Store can be located here:
https://www.facebook.com/greendoorstore/ 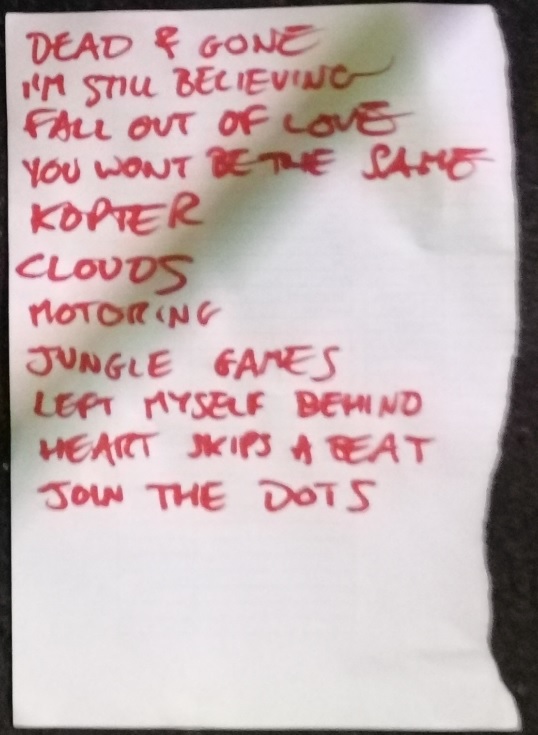