Bruce on the Boundary – Sussex can kick-start promotion push at Arundel, says Brown 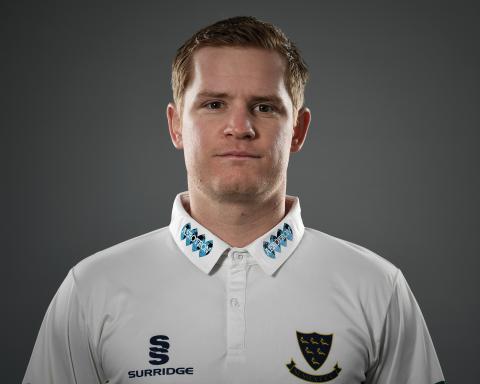 Sussex make their annual pilgrimage to Arundel this week confident that they can use the game against Durham to kick-start their promotion push in the Specsavers County Championship.

They won one and lost one of their first five games and find themselves 19 points behind second-placed Kent with leaders Warwickshire 43 points in front of Sussex.

It’s not quite a must-win match yet, but Sussex don’t return to Championship action again until Monday 16 July after this week and cannot really afford to get too far behind the pacesetters.

Skipper Ben Brown is certainly in a relaxed mood about their four-day form. With better weather, he believes, Sussex could have had three wins so far and he had no complaints with their performance levels in the opening weeks of the season, given that they were missing Jofra Archer and Chris Jordan.

“We’re not panicking,” he said. “I thought we played some good cricket in the first five games. We had a bit of bad luck with the weather but if we can maintain the standards we showed in the first few games then we’ll climb the table. It only needs a couple of wins to get you right up there.”

Patience will again be the key at Arundel. Pitches there can be slow and attritional and the spongy outfield makes it physically demanding for the players too. Sussex showed that quality last year when they defeated a stubborn Leicestershire side with a session to spare.

“It is a challenging surface,” Brown added. “You need to sit in there sometimes and be patient but we enjoy going there and I think it’s important that we take cricket around the county and hopefully attract new people to watch Sussex.”

Brown and his squad have had nearly a fortnight off since their last game and have welcomed the opportunity to recharge their batteries. They will have another 10 days after Arundel with no competitive cricket, although Sunday’s T20 testimonial game for Ed Joyce against Ireland will offer valuable practice ahead of the start of the Vitality Blast.

Such relatively long periods of inactivity are rare in the county season and Brown says the break has come at a good time.

“We’ve been training again for a few days and I have noticed how fresh and reinvigorated the boys have been,” he said. “Mentally and physically we needed that break, to get away from cricket and spend time with our families. But we’re ready now to push on.”

Brown committed his long-term future to Sussex when he signed a new contract last week, although the club did not specify its length.

The odds are though that the 29-year-old, who is Sussex born and bred and made his debut for the county 11 years ago, will finish his career at Hove.

“I’m delighted to get the contract finalised,” he said. “It’s an exciting time for the club with young players getting a chance and a new coach in Jason Gillespie who has been so supportive in terms of taking some of the pressure off me. I feel we are moving forward as a club and I am looking forward to playing a big part in the future.”