Plans to scrap Aquarium roundabout back on the table 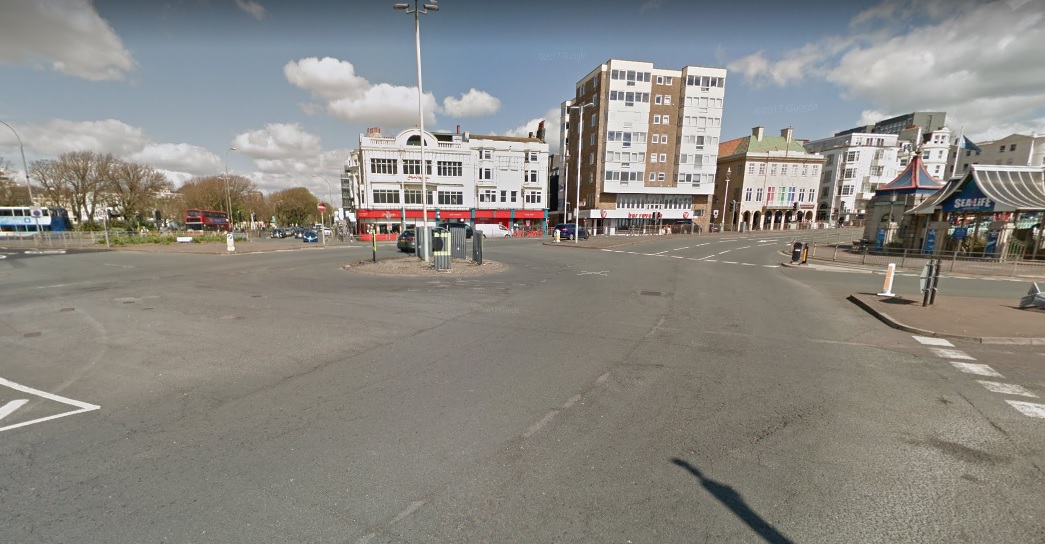 Plans to replace the Aquarium roundabout with traffic lights are back on the table as the council looks again at how to extend the Valley Gardens scheme right down to the seafront.

The reworking of the A23 from St Peter’s Church to Edward Street, dubbed Valley Gardens Phase 1 and 2 is due to begin within weeks – and now Brighton and Hove councillors are being asked to consider plans for Phase 3.

All three phases were approved in concept under the Green administration in 2013, with the first two phases received government funding in 2013. The design was tweaked after Labour took control in 2015, after the local party voiced concerns over the removal of both the Mazda fountain and the Aquarium roundabout. The Mazda Fountain was subsequently saved.

Now details of the final phase are beginning to be properly discussed for the first time – and officers are once again floating the idea of replacing it with either traffic lights or a “hybrid option”.

In a report to next Tuesday’s environment and transport committee, the junction is discussed – although the reports’ author, principal transport planner Oliver Spratley refers to it as the Palace Pier roundabout.

He says: “Three initial design scenarios have been developed for the Palace Pier roundabout to … improve people and vehicle movement in this location.

“Once developed through the three scenarios, these options will be assessed in order to determine how well each one … best integrates with Phases 1 and 2.

These scenarios will then be used to choose three design options which will be presented to the committee in October, with one of them recommended on the basis of economic impact and a traffic modelling exercise based on the model used to test phase one and two.

He adds: “Traffic and pedestrian surveys are currently being conducted to obtain a robust evidence-base which will help to inform modelling as well as create the required reference points for monitoring post-construction.”

The overall aim of Phase 3 is to simplify the road layout, improve bus lanes and add cycle lanes and improve lighting and landscaping.

A public survey about the area is underway until 29 June. The survey is an opportunity to tell the council how the area works or doesn’t work as a place to move around and spend time in. Responses will be taken into consideration when drawing up options for improvements to transport facilities, air quality, and public spaces.

The construction for Phase 1 and 2 of the project, which runs between St Peter’s Church to just south of Church Street, is due to start in the summer.

The first two phases aim to create an attractive new park by improving the series of green spaces between St Peter’s church and the Royal Pavilion. The surrounding road layout will be radically simplified, making it easier to navigate and improved routes will be created for sustainable transport including walking, cycling, buses and taxis.

Chair of the Environment, Transport and Sustainability Committee, Councillor Gill Mitchell, said: “This is an important next step in the redevelopment of the Valley Gardens area, which aims to improve one of the main road routes into the city and improve connectivity.

“We want to make cycling, walking and public transport more attractive and viable options for transport as well as improving the landscape to create an attractive, sustainable and safe green space.

“It’s vital that local residents have their say on the area. The public survey allows residents to tell us what works and what doesn’t so that we can consider their views as design options are drawn up.”