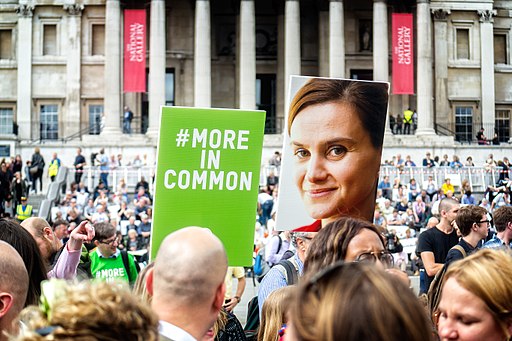 A memorial to Jox Cox.
By Garry Knight from Wikimedia Commons

As I write this it is just over two years since a British MP, Jo Cox, was murdered in the street in her own constituency. Over recent years many threats of death, sexual violence and physical assault have been made across the political spectrum, with several cases reaching the courts and seeing offenders jailed.

It is of enormous concern that in the majority of these cases the victims have been women and have simply been undertaking their public duties as a politician.

It is also of great concern to me and to the right minded people in the city that this sort of behaviour is not simply limited to members of Parliament or to people working in the national and international political arena.

Last week Karen Barford, the city councillor with responsibility for the health and wellbeing of our residents, had to announce that she has taken the difficult decision not to stand at next year’s city council elections due to such abhorrent behaviour targeting her.

This behaviour, from a range of city residents, has included:

As a result of the murder of Jo Cox, the City Council and Police have upped their response to such matters, and be assured that these are not isolated instances and they have not been made to only one councillor either.

However I want to make really clear – disagree politically with decisions as much as you like. We expect that. But don’t threaten us with a slow and painful death.

That’s not just unlawful but the impact for the city is that one of our brightest newer councillors has stepped back from the limelight to remove the threat to her own personal safety from the behaviour of a tiny minority.

As a city we are better than this – let’s prove it.