Greens pick candidate to challenge Labour in Moulsecoomb and Bevendean

The Greens have picked a local activist and campaigner to challenge Labour in Moulsecoomb and Bevendean. 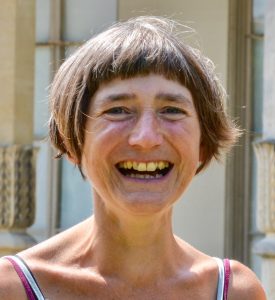 Mitchie Alexander will stand for election to Brighton and Hove City Council next May in a ward that is regarded as safe Labour territory.

At the last local elections in May 2015 the Greens came fourth behind the three winning Labour councillors Mo Marsh, Anne Meadows and Daniel Yates.

But Councillor Marsh has announced that she will be standing down next May.

Councillor Yates, who recently took over as leader of the council, has been reselected while Councillor Meadows is on the shortlist for selection.

A decision is expected to be reached at a selection meeting tomorrow evening (Monday 23 July).

In the three years since the last local elections, more students have moved into shared houses in Moulsecoomb and Bevendean.

And with the Greens believed to have targeted student votes in the past, the party is hopeful of an upset by putting up such a well-known local face.

Mitchie Alexander said: “I am delighted to have been selected by the Green Party to stand in Moulsecoomb and Bevendean.

“I am passionate about working with the community here and love the voluntary work I do in the local neighbourhoods.

“I am chair of Friends of Farm Green Park, which recently raised over £60,000 for new playground equipment and one of my aims for the future is to see other parks in the ward also get the refurbishment they deserve too.

“I was one of the core organisers for this year’s BevFest and I have fundraised and organised community family events to be held in both Bevendean and Moulsecoomb during this year’s summer holidays.

“Whil some know me locally for my fight to try to save the Willows GP surgery from closing down a few years ago.

“I also work hard on making positive things happen in this beautiful but sometimes forgotten area of our city.”