The police and train company Govia Thameslink Railway appeared to blame each other today for the chaos at Brighton station as thousands of people tried to make their way home from Pride.

GTR said that it had laid on enough trains but suggested that the policing had prevented some people from being able to catch them.

The company, which runs Southern, Thameslink and Gatwick Express trains, said that it had extra trains standing by but these were not used.

“The British Transport Police (BTP) assisted by Sussex Police officers allowed people to enter the railway station and on to the train as safely as possible.

“Passengers were held on the concourse to prevent dangerous crowding on the platforms. This is a standard safety precaution.

“The Sussex Police command team for the operation did not request that the gates at the station be shut.

“During the planning of the event we made it clear that there needed to be a robust plan at the station and good transport arrangements. This was the responsibility of other partners to arrange.”

Chief Superintendent Neil Honnor, the policing commander for the event, said: “It was a challenging couple of hours following the Preston Park event when people were making their way home.

“With the support of our partners, we did manage the queue outside the station so that when the last extra train departed at 2.15am there was no one left.

“Following on from what we learnt on Saturday night, both the train operator and BTP supported the operation from the event control room on Sunday.

“They also put on extra staffing resources and introduced a queuing system for passengers at the railway station ensuring people were able to make journey home.

“We would like to thank the public and passengers for their patience and understanding.” 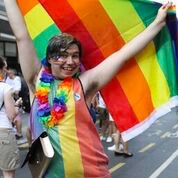 Brighton Pride said yesterday that lessons needed to be learnt as many people gave up trying to get home and slept on the beach.

Some were admitted to the Brighton Centre by Brighton and Hove City Council and to Safe Space, in St Paul’s Church, in West Street, Brighton.

“‬In addition, there have been concerns about the volume of rubbish on the city’s streets this weekend.”

Paul Kemp, the managing director of Brighton Pride CIC, said: “We want to thank all of our partner agencies, including Brighton and Hove City Council, Sussex Police, South East Coast Ambulance, HM Coastguard, Cityclean, St John Ambulance, as well as major transport providers Brighton and Hove Buses and GTR (Govia Thameslink Railway) and local residents without whom the weekend would not be possible.

“Brighton Pride attracts a large crowd from Brighton and Hove and further afield to enjoy the city and its beaches, to see the parade and take part in the festival.

“We are so pleased that our event brings a shared economic benefit to the city to the tune of more than £18 million.” 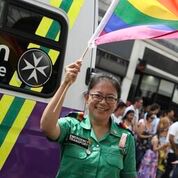 Mr Kemp added: “We have been really encouraged by the quick response by GTR who successfully delivered thousands of people into the city and their real willingness for an ongoing partnership approach.

“GTR responded quickly to our initial concerns. We thank them for their response and appreciate their genuine support for the Brighton and Hove Pride Festival.

“It is encouraging that all partners acknowledge there are lessons to be learned and we are committed to working closely together to make future events even more successful.

“Brighton Pride contributes to the clean-up of the city. Along with our partner agencies, we want to work even more closely with partners and businesses under a citywide plan for major events, to share the rewards and the responsibilities for keeping Brighton and Hove safe, clean and welcoming to visitors and residents alike.”

Pride added: “Brighton and Hove Pride 2018 weekend was the biggest ever. Four hundred and fifty thousand people visited the city across the weekend, including those who flocked to its beaches to take advantage of the good weather.

“The festival included for the first time a Sunday rainbow family-friendly day, LoveBN1Fest, that was capped off by high-energy performances from Nike Rodgers and CHIC, as well as Jess Glynn. 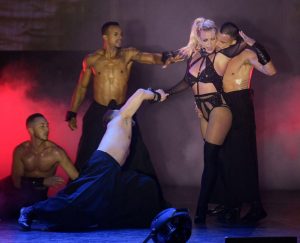 “The highlight of the weekend for many was Britney Spears who wowed the crowd of 55,000 at Saturday’s Brighton Pride Festival with the first performance of her ‘Piece of Me’ European Tour.

“Brighton and Hove Pride Community Parade was also the largest, and most diverse ever, with over 300,000 people participating or watching the ‘Colour My World’ themed spectacular.

“Despite the hot weather, the number of people who required medical attention across the weekend was in proportion with crowd numbers and there were no fatalities.

“Police reported that only 40 arrests were made across the city for the weekend.

“Cityclean also began cleaning operations citywide and along the parade route as soon as the community parade had passed.”