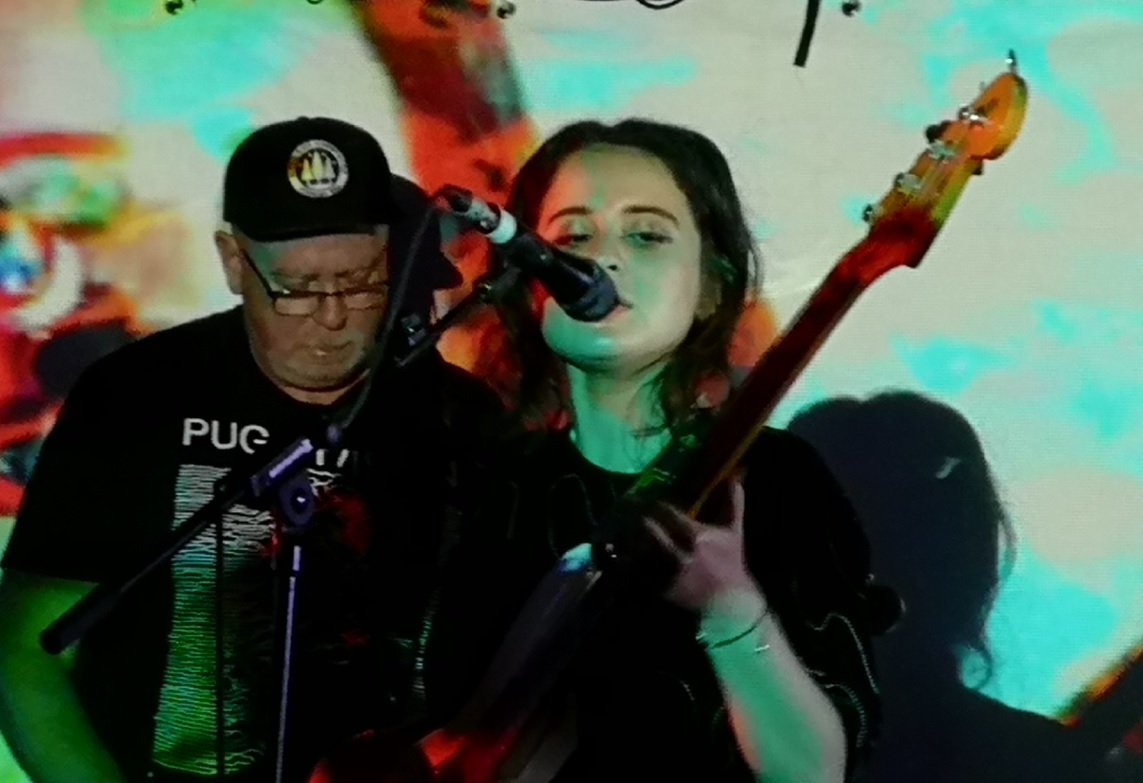 In the meantime, Lost Horizons have played a collection of concerts the length and breadth of the country, taking in places including North Yorkshire, Macclesfield, Kendall, Brecon Beacons, Totnes, Salisbury and London. 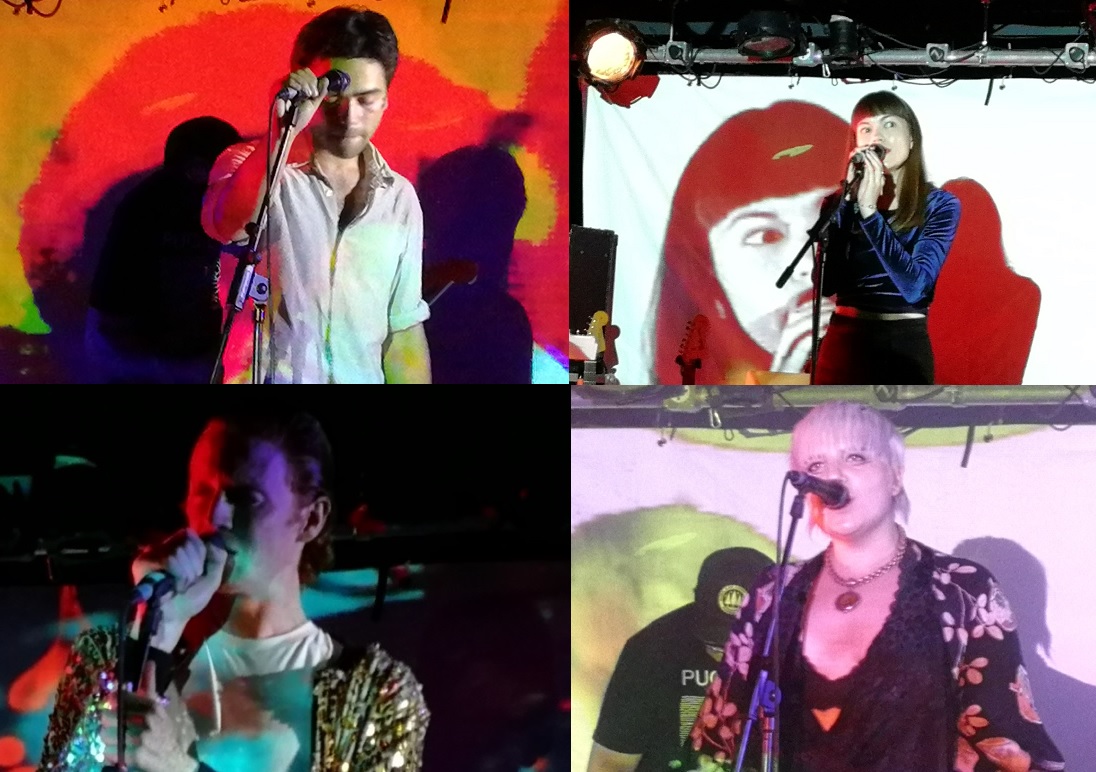 Word has spread about the bands talent and the guys have returned home to Brighton to play a larger packed Komedia venue this time around. It’s fair to refer to this collective of musical types of varying ages as a supergroup as they all have other projects on the go.

Their critically acclaimed debut 15 track album ‘Ojalá’ (Spanish for “hopefully” or “God willing”) which came out on 3rd November 2017 on Brighton’s Bella Union Records is proof of a telepathic relationship through music, established when Raymonde and Thomas first became collaborators and friends in the eighties. The album called on a whole host of friends (including the chirpy Ed Riman aka Hilang Child and Beth Cannon) in order to make the record a memorable debut release. Record Collector loved it and stated “A beautiful, haunted, haunting album; hear it”. 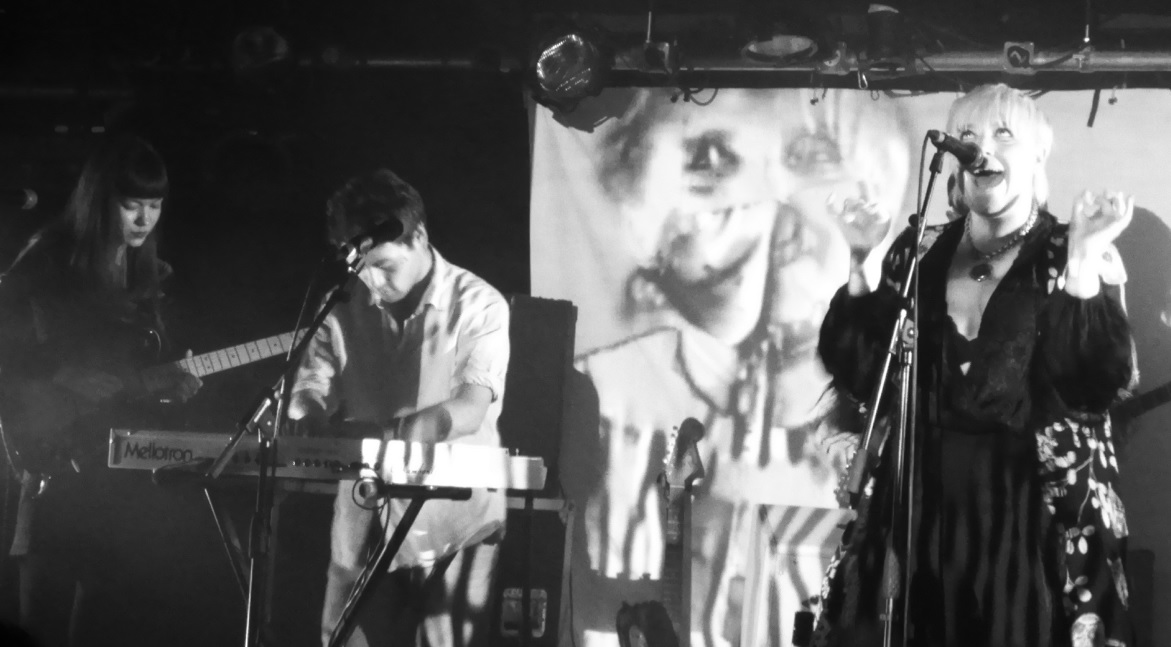 For the live incarnation of the band this evening, there were up to 8 musicians on stage at one time with 9 appearing in total. Lost Horizons live experience included guitarist Raymonde and drummer Thomas as well as five vocalists: the aforementioned Hilang Child and Beth Cannon, as well as Helen Ganya Brown who records under the alias Dog In The Snow, Asya Fairchild of Blush and Phil McDonnell of Artificial Pleasure. Other band members being Chris Anderson of Crayola Lectern on keyboards and Bella Union artist Fiona Brice on violin.

The concert started rather low key with just three members on stage performing ‘Winter’s Approaching’ with Dog In The Snow on vocals, which was pleasing. For the second track ‘The Places We’ve Been’, most of the guys came on stage with the radiant Turkish born Asya Fairchild taking over vocal duty. Raymonde highlighted the fact after the tune had finished that this was Asya’s second ever go at singing it. You wouldn’t have guessed it. Asya was also playing bass at the same time and has a distinctive high presentation just like the legendary and now sadly departed Cypriot born Mick Karn of Japan used to do. 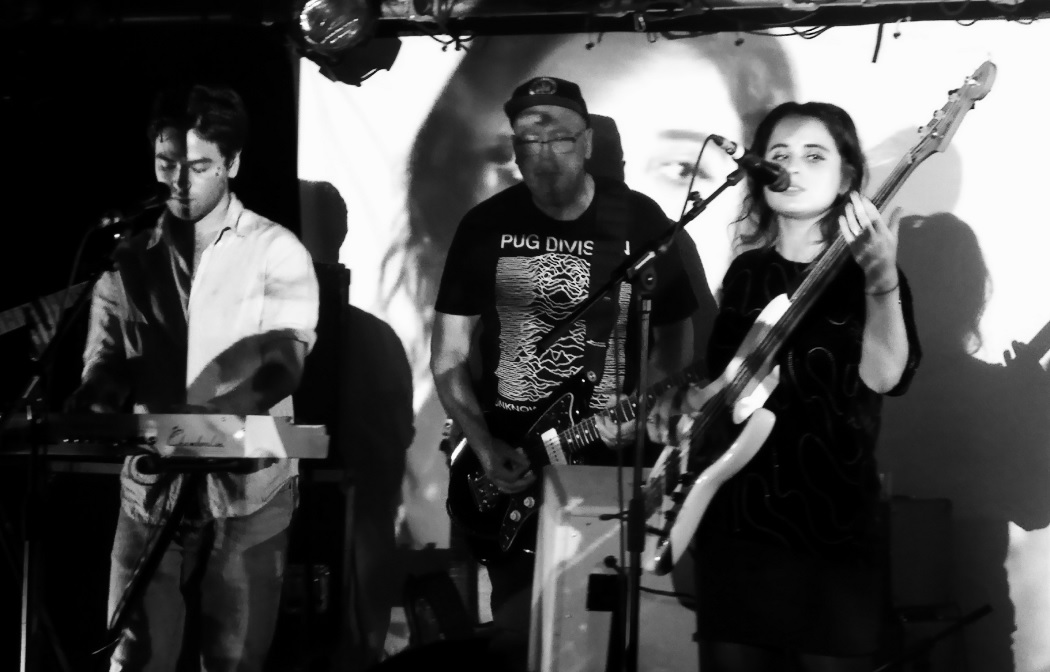 By now it was becoming apparent that Lost Horizons were a fluid musical collective as for song three, which was ‘Give Your Heart Away’, Beth Cannon took over vocal duties. It’s fair to say that Beth feels the music through her body and gesticulates with her hands as she feels it and then her voice simply explodes with energy. Boy does she have a powerful voice and she held vocal duties more than the other singers. Beth also provides vocals for local outfit LibraLibra.

After several other tunes, a svelte taller version of Damian Lewis took to the stage in the form of gold jacketed Phil McDonnell from the band Artificial Pleasure. He was performing ‘The Tide’ from the ‘Ojalá’ album. I was rather taken by his vocals, which was a blend of Scottish Orange Juicer Edwyn Collins meets the mid to late 1980’s David Bowie.

During the whole gig the band members were bathed in colouful lighting graphics courtesy of Lewes based Chris Tomsett’s Innerstrings.

Before long we were reaching the crescendo of Hilang Child’s vocal on ‘The Engine’, which arguably was the highlight of the night and then they were gone. Sadly there was only time for one encore track and that was it. 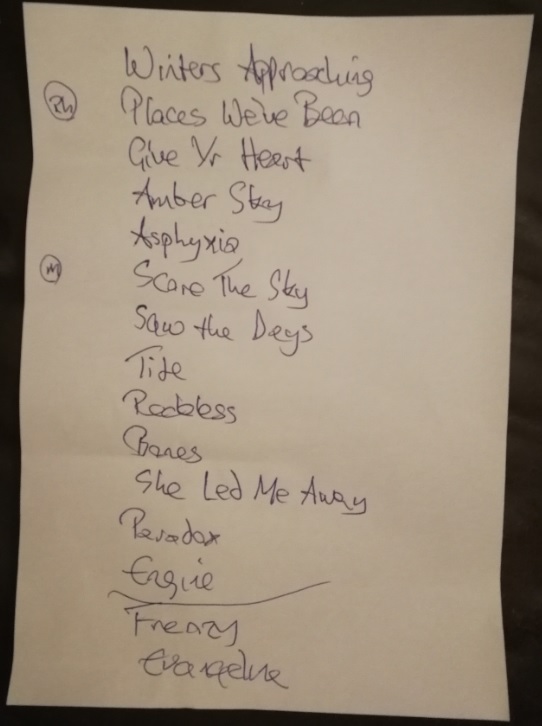 Up first were Crayola Lectern, who were a duo with Chris Anderson on vocal and keyboard duty and his colleague on Casio keyboards, trumpet and all manner of things. I guess they were reminiscent of early 80s chill prog like Yes with the vocal style of Robert Wyatt meets 10cc, mixed with the eclectic mix of film score meets classical.

The Bella Union quartet of Penelope Isles followed. The opening number was a slow building affair and then there was a mix of the ethereal meets rock. The band specialise in entwined girl-boy harmonies with layers of sound and are certainly accomplished musicians who are experts of the dramatic. My friend likened them to the Magic Numbers. 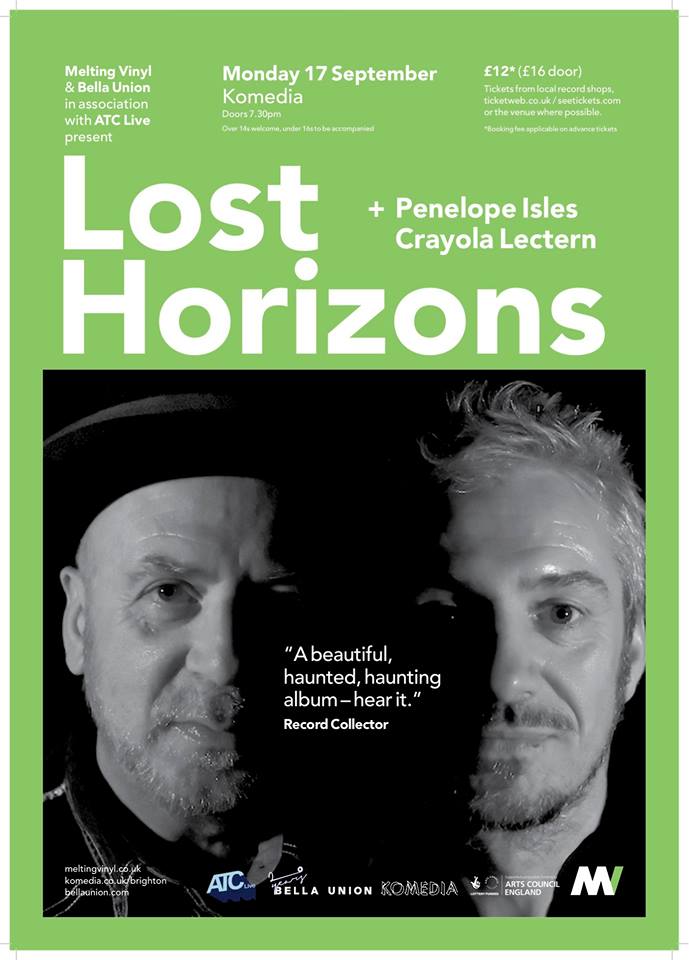 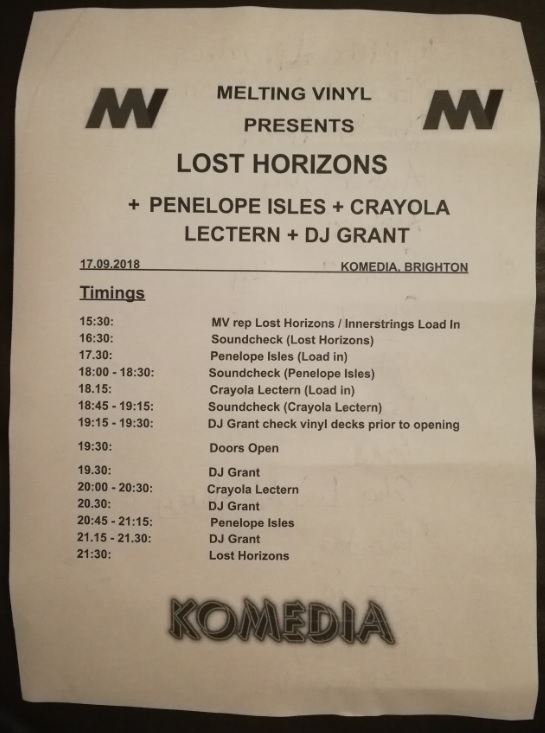