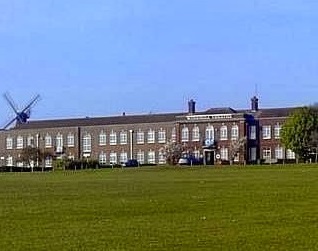 Extra places are being funded in some of the most popular schools in Brighton and Hove.

More than £1 million of developers’ cash and £15 million in “basic need” money from the government will pay for 440 extra places in secondary schools until 2022 as well as improved facilities.

Basic need funding is the money provided by central government to councils each year to help them make sure there are enough school places for children in their area.

The extra capacity works out as 150 places at Blatchington Mill, 50 at Patcham High, 150 at Varndean and 90 temporary places at Dorothy Stringer.

Two schools – Varndean and Stringer – had already been promised £2 million earlier this year to take the “misplaced 38” children who were allocated school places outside their catchment area.

A report going before Brighton and Hove City Council Policy, Resources and Growth Committee on Thursday (11 October) said that Stringer’s head teacher did not want an extra 360 pupils permanently but would prefer “bulge classes”.

Varndean is to receive £5 million from the basic fund as it has started to take 300 pupils a year permanently.

The cash will help pay for new science space and other specialist classrooms within the school.

Varndean is also short of dining space and the extra cash will help the school to address the problem.

Currently, Hove Park School, which is close to two major housing developments, at Toads Hole Valley and in Sackville Road, is operating at full capacity.

In the report, Hove Park head teacher Jim Roberts was described as concerned about pupil numbers, especially as the school was moving to a three-year “key stage four” programme, when students prepare for their GCSEs.

The school is to receive £5 million from the basic needs fund to help with planned reorganisation and to provide a sixth form common room at the Valley campus, in Hangleton Way, as well as a sports hall and dining space.

From September next year, children in years seven and eight as well as sixth formers will be based at the Valley campus, with key stage four pupils at the Nevill campus, in Nevill Road.

Sixth form rooms at the Nevill campus could be remodelled for the 13 to 16 age group with specialist teaching rooms, a sports hall and dining space.

Patcham High is also close to the top of its capacity and anaylsis shows that more families are moving to this area, resulting in a need for more places.

It is slated to receive an extra £1 million from the basic needs fund as is Longhill High School, recently rated good by education watchdog Ofsted.

This included remodelling the library and dining facilities as well as a space for science teaching for the community.

The Policy, Resources and Growth Committee is due to meet at Hove Town hall at 4pm on Thursday (11 October). The meeting is open to the public.