A security camera picture has been published of a man suspected of raping a Brighton woman in her home during a music festival. 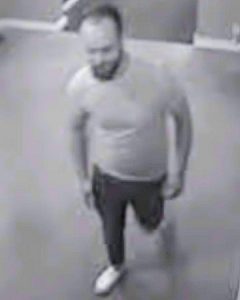 Sussex Police said: “Detectives in Brighton are trying to identify this man who is suspected of raping a woman in her own home.

“The 26-year-old victim met him in Sticky Mike’s Frog Bar, Middle Street, Brighton, late on the evening of Saturday 19 May, the weekend of Brighton’s Great Escape music festival.

“He was with friends at the time but left them and went with her to her flat near by later that night where he raped her before leaving in the morning.

“He is described as white, with light mousey brown short hair, a full beard, slim, around 5ft 8in to 5ft 9in, with silver piercings on his face.

“He called himself Will.

“They went by taxi to her home address where offence took place.

“When he left he said he was going to the railway station and said he lived in London but that has not been confirmed.”

Detective Constable Suzy MacLintock said: “Do you recognise this man? Do you remember being in Sticky Mike’s that night? It was very busy but the silver facial piercings might just jog your memory.