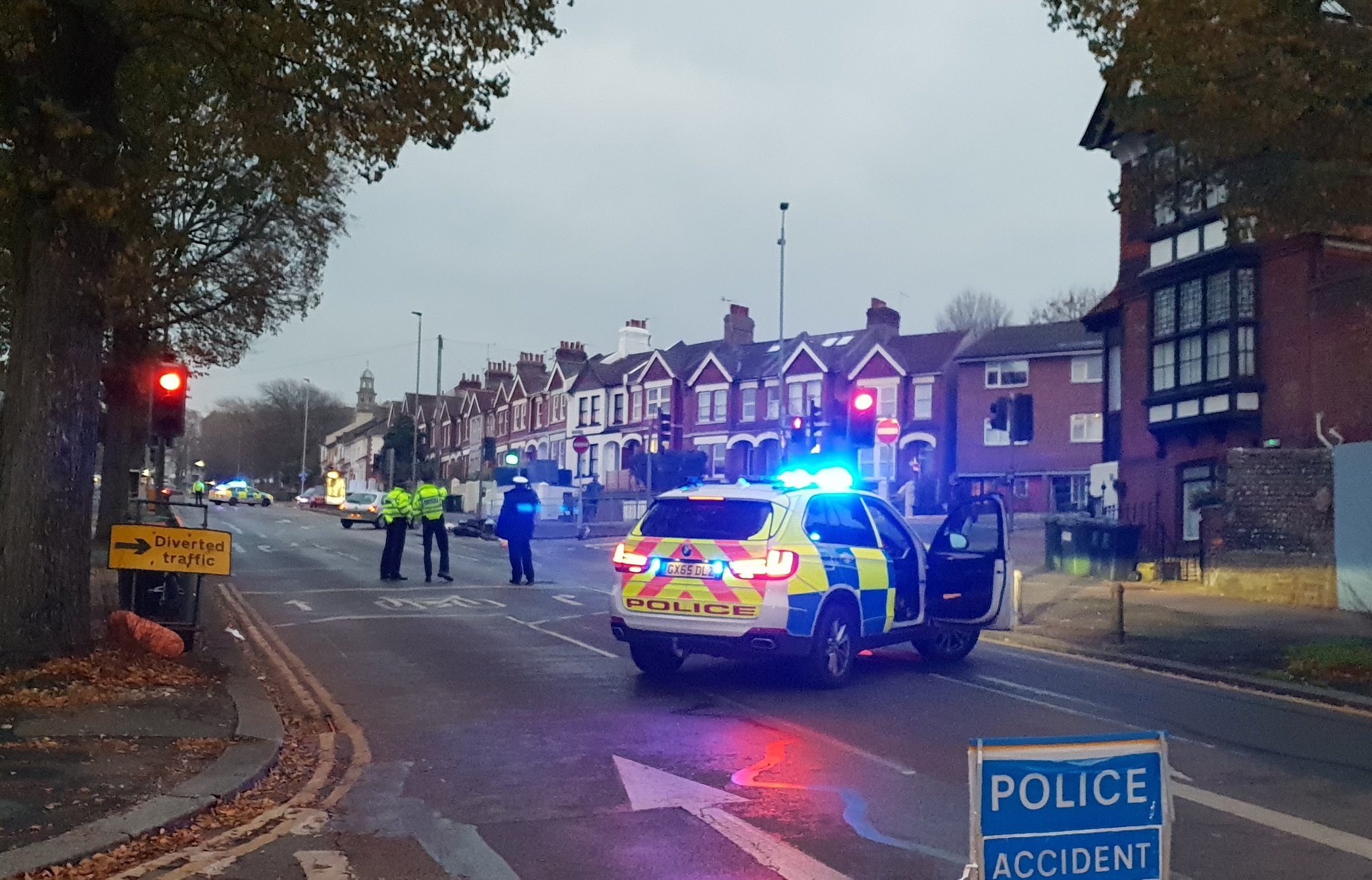 A moped rider suffered serious leg injuries in a crash with a car this morning.

The collision, which happened at about 6.20am, closed Elm Grove at the junction of Queen’s Park Road for about two hours.

A police spokeswoman said: “Emergency services were called to a report of a collision involving a car and a moped in Elm Grove, Brighton, at 6.20am.

“The moped rider suffered a serious leg injury and was taken to the Royal Sussex County Hospital, Brighton.

“Elm Grove was closed with the junction of Queen’s Park Road and Totland Road while the collision was being dealt with.”

Passer by JT posted the picture above on Twitter, adding: “Crash at junction of Elm Grove and Queen’s Park Road. No fatalities but road remains closed.”

Buses were diverted while emergency services work at the scene.

Brighton and Hove Buses tweeted at 7.26am: “Due to RTC in Elm Grove, the road is closed and many buses are having to divert.

“The 22 to Woodngdean will be diverting via Union Road, Edward Street, Egremont Road, Pankhurst Road, Freshfield Road to return to normal route at Warren Road.

“Towards Brighton the 22 will be diverting via Warren Road, Bear Road and returning to normal route at The Level.

“The 23 in both directions will currently be using Edward Street, Old Steine and Lewes Road.”