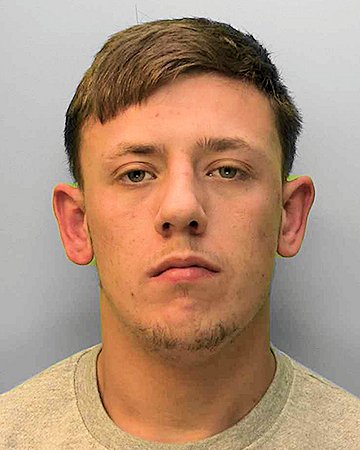 A teenage burglar who is on the run from police taunted cops on Facebook when they ran a wanted appeal yesterday.

Sussex Police have offered a reward of £1,000 in their search for Harry Avis, from Swanborough Drive, who is wanted for recall to prison for breaching the terms of his licence.

Harry, 20, has previously hit the headlines after being convicted as part of a Whitehawk car thief gang in 2015 – and for stealing a Hove family’s Christmas presents in 2016.

After the appeal was posted on Facebook, Avis commented to say: “I’m not hiding! You just ain’t looking good enough 😂😂”

But Sussex Police responded: “Hi Harry, So good to hear from you. Hope you are well. We’re good at hide and seek. We’ve played this game before. Fear not, we have the eyes and ears of our lovely Facebook followers who I’m sure will step in to help us.” 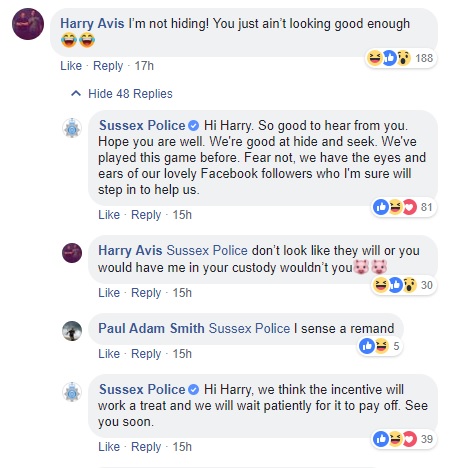 ​
Detective Inspector Ian Still said: “We are offering the reward for information which leads to the arrest of Harry Avis. We want to hear from anyone who knows where he is or has any information about his whereabouts.”
​
Avis is white, 5ft 10in, thin with brown hair and blue eyes. If you see him dial 999, or if you have any information about him which could help us find him, contact police online or ring 101 quoting serial 322 of 29/11.