A Brighton man has been fined for trying to defraud a bus company by lodging a fake injury claim. 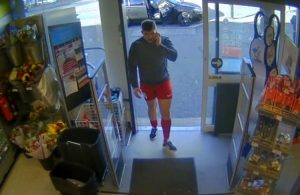 Rudwick was caught out by security camera footage, having pretended to be hurt in a minor collision involving a bus and his car when he was in a shop at the time.

“The car owner, 23-year-old Jordan Rudwick, later sent an injury claim to Brighton and Hove Buses, claiming he suffered upper body, neck and back injuries as a result of the collision and that his injuries meant he had to take a day off work.

“But CCTV from the Co-op and from the bus clearly shows Mr Rudwick in the Co-op buying drinks when the minor collision occurred.

“When he saw the bus clip his car, Mr Rudwick dropped his bag of shopping and ran outside to exchange details with the bus driver.

“While Mr Rudwick popped into the shop, CCTV footage showed there was at least one passenger in the back of his car and the driver’s door was open.

“When Sussex Police interviewed Mr Rudwick in February 2018 he admitted he had lied about being in the car when it was struck by the bus. In April, police gave him a conditional caution and ordered him to pay £150 to charity. Brighton and Hove Buses chose the Clock Tower Sanctuary.

“But Sussex Police took the fraudster back to Brighton Magistrates’ Court on (Thursday) 20 December because Mr Rudwick hadn’t donated the money to charity. This time, the magistrate fined him £133 and ordered him to pay £115 court costs.” 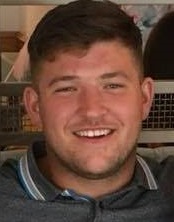 Brighton and Hove Buses insurance and claims manager Ed Knight said: “He blatantly tried to defraud the bus company by claiming he had been injured when a bus clipped his car and then he failed to donate the money to the Clock Tower Sanctuary charity.

“Ultimately, if his claim had been settled, the money he would have received is money passengers have paid for their travel. If you or your family travel by bus, that money would’ve been given to him.

“All of our buses have CCTV and we investigate every single claim. I’m surprised that people think they can get away with these dishonest claims. We will continue to report all fraudulent claims to Sussex Police.” 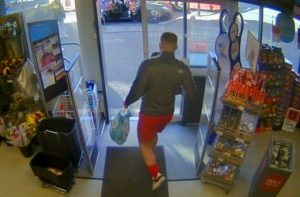 Jordan Rudwick at the Whitehawk Co-op

Four years ago Rudwick was before the courts for wasting police time after a four-hour rooftop stand-off in Western Road, Brighton.

In March 2018, a Brighton cab driver tried to defraud Brighton and Hove Buses by claiming a bus crashed into him, when in fact it was the other way around – and he ended up having to pay almost £7,000 in court costs.