Security camera pictures have been published of a man suspected of stealing cash from a bookmakers in Brighton. 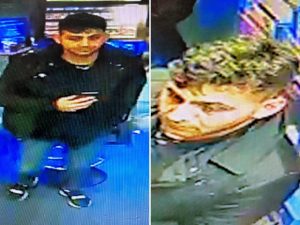 Sussex Police said this afternoon (Tuesday 15 January): “Can you help us identify this man?

“Police officers would like to speak to him in connection with the theft of a large quantity of money from Betfred in Brighton on (Monday) 17 December.

“A man was sitting at one of the electronic games machines in the bookmakers in St James’s Street while a staff member was emptying the machines of cash at about 6.10pm.

“He then grabbed the pile of cash and ran out of the shop.

“The staff member chased him but lost sight of him down St James’s Street.

“The suspect who was captured on CCTV is described as Middle Eastern appearance, aged in his mid-twenties, of average build and around 5ft 8in, with short black cropped hair, with facial stubble and dark coloured eyes.

“If you recognise this man, or can provide any information of his whereabouts, please report online or call 101 quoting reference 903 of 17/12.”