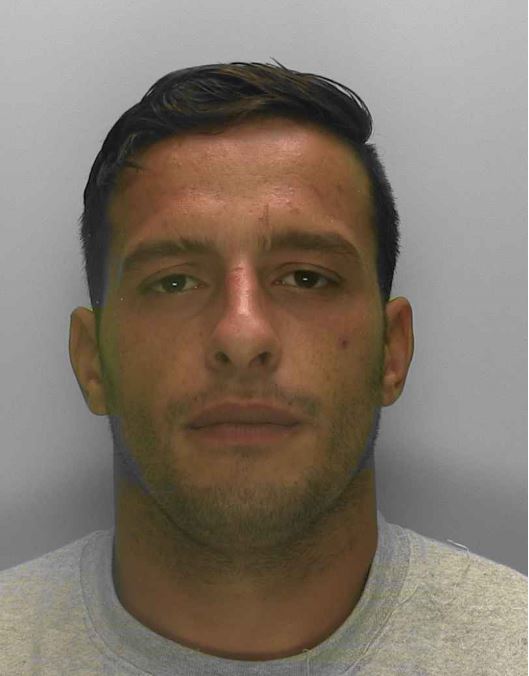 A man who hurled racist and homophobic abuse at revellers heading to Brighton Pride has been jailed for more than four years.

Ryan Brown was heading to Pride himself when he threatened to ‘knock a woman out’ and shouted racist and homophobic terms at train passengers.

The incident happened shortly after 5pm on Saturday, 5 August 2017.

The 31-year-old from Hastings Road in Crawley resisted arrest at Brighton and had to be restrained by BTP officers.

In his pocket he had a large number of small bags containing MDMA.

He was found guilty of possessing class A drugs with intent to supply and causing fear of violence through racially charged and homophobic language.

Brown was also sentenced at the same time for a separate matter which included affray, criminal damage, and assault with intent to resist arrest which he pleaded guilty to in December 2018.

He was jailed for four years and six months at Hove Crown Court on Thursday, 10 January.

British Transport Police DC Imogen Sweeney said: “I would like to thank the victim in this case. She was subjected to a frightening ordeal by Brown, receiving homophobic abuse and witnessing racist abuse.

“She has remained determined to pursue justice throughout this investigation and I have nothing but admiration and praise for her strength.

“Brighton Pride celebrates diversity and equality, values that Brown clearly needs education in. I believe this sentence reflects the seriousness and particularly nasty nature of his offending on that day.”