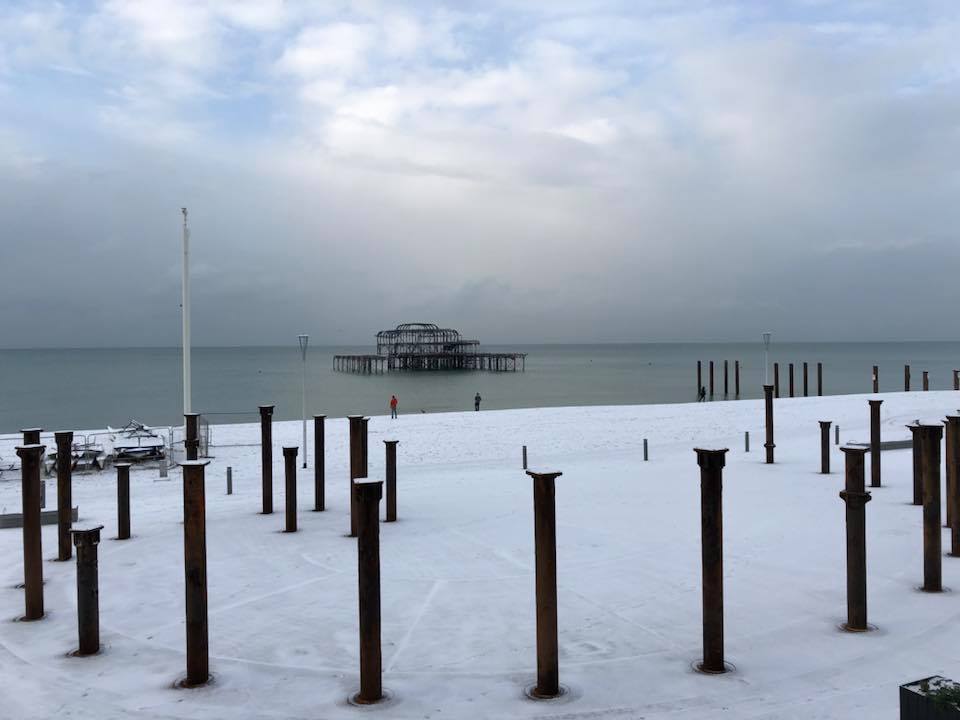 Snow on the beach during last year’s Beast from the East. By Paul Shappard

An amber weather warning for snow has been issued covering part of the south coast stretching from Devon to Hampshire – but it stops short of Sussex.

A yellow warning for snow and ice covering the south of England and Wales – including Brighton and Hove – is still in force.

According to the Met’s current weather forecast, the city is due to see sleet from 6pm then a high likelihood of heavy snow from 8pm – but with a 50/50 chance of the wintry showers turning to sleet around midnight, it’s still not certain whether we will wake up to a snow day tomorrow.

The Met’s chief forecaster said: “Areas of snow are expected Thursday onwards into early Friday. Snow will slowly fade away during Friday. Close to the south coast of England some rain is also expected.

“Any single period of snow is not expected to last more than six to nine hours but some snow accumulations are likely with 1-3cm likely in places within the warning area and the potential for 5-10 cm, perhaps particularly over Wales and southwest England.

“Snow amounts will vary markedly across England and Wales with many places seeing very little accumulating snow, more so in East Anglia and the Midlands.

“Even where snow does not fall icy stretches are still to be expected.”