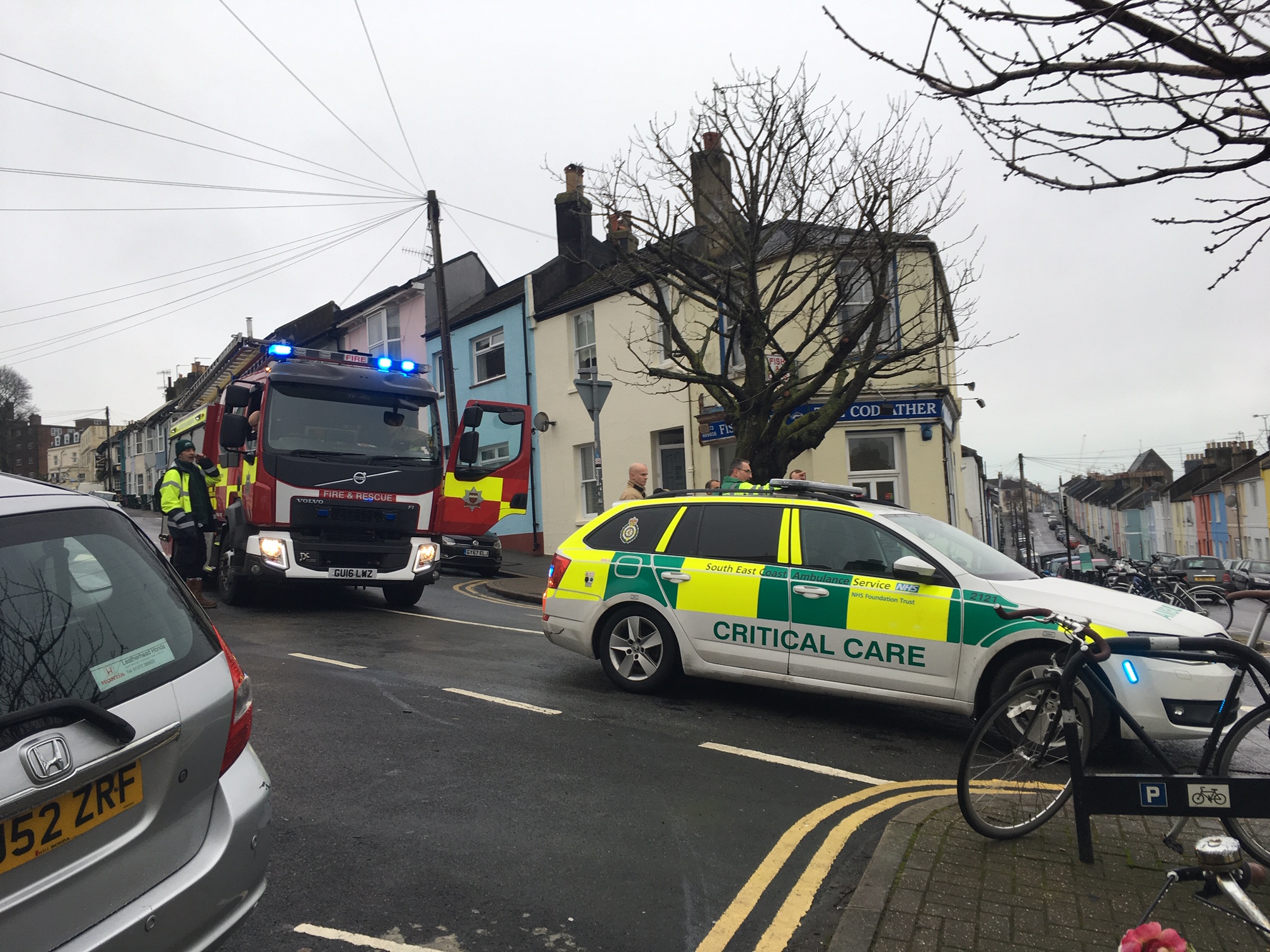 A cyclist was left with nasty facial injuries this morning after skidding on a patch of oil where several more riders came off bikes, motorbikes and mopeds.

Residents said the spill happened when drivers were diverted along Hampton Road and Islingword Road during Thursday evening’s snowfall, which led to a bus getting stuck on Elm Grove.

One woman said she has attempted to report the incident to the council’s highways department several times since Friday but could not get through.

This morning’s crash happened at 9.30am, when the cyclist was riding down Islingword Road.

While paramedics attended, they witnessed another three moped riders coming off their bikes, but fortunately none of them were injured.

The paramedics called the fire service, which attended. Eventually, firefighters were able to get through to the council, and street cleaners helped clear up the oil spill.

Resident Anna Murzyn said: “On Thursday night when it was still snowing a large transit got stuck on Islingword Road at the end of Hampden and spent a long time skidding in reverse back up the hill.

“It is the belief of residents that the van caused the diesel spill which was from up past Cobden, down the hill to The Village. The snow cleared on Friday morning but the road remained really slippery in the rain. We saw several more delivery drivers on mopeds go over.

“I tried the roads department yesterday and today and was on hold for over ten minutes both times. Three or four other residents plus the paramedics couldn’t reach anyone by phone, nor could a council employee, which was why the fire services were eventually called.

“Once they closed the road at Cobden Road, they called the council. All a huge waste of time and resources.”

A spokesman for South East Coast Ambulance Service said: “We were called at approximately 8.40am today to reports a cyclist had come off their bike on Islingword Road.

“Ambulance crews attended the scene and the cyclist was treated at the scene for injuries including a facial injury before being taken to Royal Sussex County Hospital.

“While we were at the scene three motorcyclists also came off their bikes. According to our log, they were uninjured.”

A council spokeswoman said: “We received a report from Sussex Police of a crash at the junction of Hampton Road/ Islingword road at around 9.30am this morning. Oil spilled onto the highway so we had street cleaners attending to make it safe.”