A woman from Brighton has been sentenced for her part in a protest about deportation flights which involved physically preventing a flight from leaving Stansted airport.

Lyndsay Burtonshaw, 28, a research associate at the School of Global Studies at Sussex University, was one of 15 protesters who halted the flight from Stansted in March 2017.

All 15 denied breaking the law having cut their way through the airport perimeter fence and locked themselves together around a Boeing 767 aircraft which had been chartered by the Home Office.

They had all denied endangering an aircraft contrary to the Aviation and Maritime Security Act 1990 and have since appealed against their conviction.

Burtonshaw was among the 11 defendants to be given a 12-month community order and told to complete 100 hours of unpaid work in the coming year.

Judge Christopher Morgan also told her and the other 14 to stay away from Stansted for 12 months under the terms of an exclusion order – unless they were travelling via the airport.

Three of the protesters were given nine-month prison sentences, suspended for 18 months, and ordered to carry out unpaid community work.

One was given a 12-month community order with a “rehabilitation requirement” rather than unpaid work on the ground of ill health.

The protesters, known as the Stansted 15, were convicted in December at the end of a nine-week trial at Chelmsford Crown Court and sentenced yesterday (Wednesday 6 February).

The halted a flight to repatriate people from British detention centres to Ghana and Nigeria.

After their appeal was lodged last month, lawyer Raj Chada, a partner at solicitors Hodge, Jones and Allen, which represents them, said that they had been convicted under counter-terrorism legislation passed in response to the Lockerbie bombing in 1988.

The activists said that they were “guilty of nothing more than intervening to prevent harm”.

The judge said that in normal circumstances a prison sentence would have been justified but he accepted that their intentions were to demonstrate.

He said that they were still guilty of a serious offence which had forced the closure of the airport for 80 minutes and forced 19 inbound flights to be diverted elsewhere. The court was told that this had cost innocent parties more than £1 million. 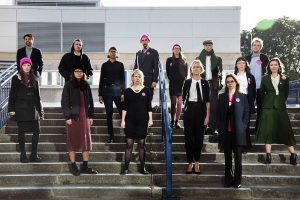 The judge said that there was no way of knowing if everything that they had carried with them had been recovered from the airport grounds.

This mattered, he said, because “foreign object” debris – even small items – could have a huge impact on aircraft safety.

He cited the Concorde crash in Paris in 2000, caused by a small piece of metal that had fallen from an aircraft.

The judge also told them that they had caused a fire risk by carrying with them metal objects capable of causing “a catastrophic fire”.

Dexter Dias, mitigating for the protesters, said that two of the people who were due to be deported had since had their cases reviewed and were now allowed to stay in Britain.