Plans for three houses turned down by Brighton and Hove planners

Concerns about preserving a wildlife corridor in Ovingdean led to plans for three houses to be rejected.

The three houses were designed to be cut into the slop of the hillside behind Wanderdown Road.

The three-bedroom house and two four-bedroom houses, in Long Hill, would have been reached from Ovingdean Road, between Wanderdown Road and The Vale.

Councillors turned down the scheme after hearing that the site was not mentioned in the City Plan, a set of policies to guide planning decisions in Brighton and Hove, although only sites expected to include more than ten homes are listed in the plan.

A previous application for nine houses on the site was refused, with an appeal rejected, because of the impact of the buildings on the wider landscape.

Russell Smith, from Ovingdean Residents and Preservation Society, asked councillors why he was back fighting to save a key wildlife site after the previous application was rejected.

He said: “I wonder how three expensive houses can benefit the council’s housing target.

“I am wondering what it takes to protect a wildlife site. I then wonder if in a few years’ time we are trying to protect it from more development.”

He was also critical of the access road saying that it did not take into account local knowledge.

One of the ward councillors, Mary Mears, a Conservative, also spoke against the scheme at the Brighton and Hove City Council Planning Committee meeting at Hove Town Hall this afternoon (Wednesday 6 February).

The Rottingdean Coastal councillor said that three large luxury houses on a greenfield site did nothing for the council or the community’s needs.

She was also particularly concerned about the access road and the impact on wildlife.

Councillor Mears said: “This access is on a steep bend with serious safety issues for traffic and horses.

“It is a vital green way in Ovingdean and a local wildlife site with significant wildlife value. The loss would impact on us, our children and our children’s children.” 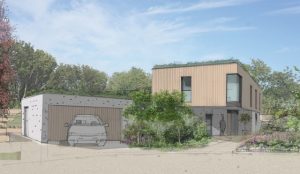 Councillor Mears also raised objections from Sussex Wildlife Trust which is concerned about local wildlife sites being lost to buildings.

There are known badger setts on the site as well as in neighbouring gardens.

Planning agent Chris Barker, who represented the developer, Peter McDonnell, said that the new plans took careful note of the reasons why the previous nine-home scheme was refused.

He said: “The houses are barely visible from the north. The site does provide habitat for wildlife.”

He said that the South Downs National Park had not raised any objection. Nor had the council’s highways team.

Conservative councillor Lynda Hyde, who also represents Rottingdean Coastal ward, told the Planning Committee that she objected to the plans on the grounds of biodiversity and ecology even though she liked the design.

Residents at the meeting applauded as she said that her conscience would not permit her to approve the application.

Councillor Hyde said: “The site is a wildlife corridor and designated by Brighton and Hove City Council as a wildlife site.

“It does support badgers and it is no coincidence one of the houses near by is called The Badgers.” 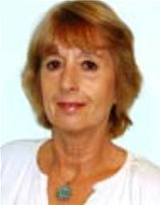 Councillor Hyde said that plans for 54 houses in The Vale combined with this scheme would have a severe impact on the ecology of the village.

Labour councillor Jackie O’Quinn backed Councillor Hyde and said: “It is not beautiful. It is just an area that gets a lot of wildlife.

“I would be extremely against putting three houses on a site like this that has such value.”

Green councillor Leo Littman said that all parties had recognised that the world was in a state of biodiversity emergency at a meeting of the full council in December.

He said: “We cannot keep doing this to our countryside. We are the custodians of our environment.”

Labour councillor Julie Cattell, who chairs the council’s Planning Committee, voted for the scheme and said that she was concerned about the condition of the land and the amount of fly-tipping.

She said: “I am concerned about the ecology but have a great deal of confidence in the mitigation.

“We don’t know what will happen in the next year. When we went to the site it was particularly awful and fly-tipping is getting worse.”

Seven councillors voted against the application with just two in favour, while one abstained.