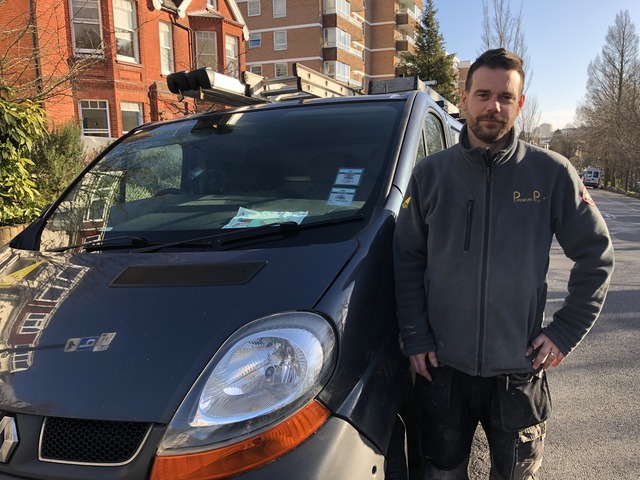 A Brighton plumber has started a petition pleading for half-price parking permits for traders.

Felix Elkin, of Yardley Street, Brighton, set up the petition on the Brighton and Hove City Council website.

Mr Elkin, of Pipeworks Plus, said that he paid £700 for a trader’s permit, which is valid from 9am to 5pm, as well as £130 for a resident’s permit to park near his home.

He said: “If I’m in another zone working, I have my trader’s permit until 5pm, then I have to move on to pay and display.

“It’s a blanket rule to say traders work from 9am to 5pm. I’m a gas engineer. I can’t leave gas lines open. I do the job needed, otherwise it wouldn’t be good business practice.”

Mr Elkin wants the price of permits to be set at half their current rate, with traders paying £350 and residents £65.

Mr Elkin said: “Everyone moans about these things but no one does anything about it. It is good to register your disquiet.”

The petition currently has 75 signatures and is on the council website at present.brighton-hove.gov.uk/mgEPetitionDisplay.aspx?ID=618&RPID=26415362&HPID=26415362

It is due to be presented to the council’s Policy, Resources and Growth Committee at Hove Town Hall next Thursday (14 February). The meeting, which starts at 4pm, is open to the public.