The Pipeline hosts a night of revelry in Brighton 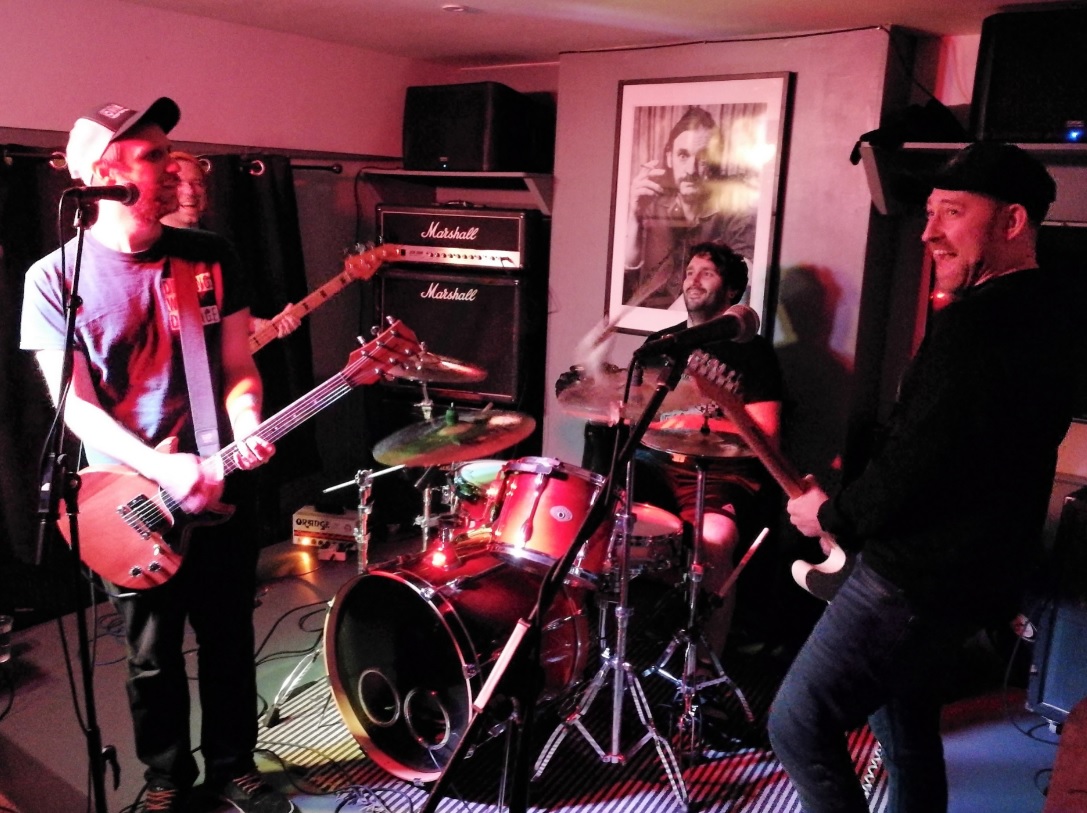 At the back end of 2018 the Brighton & Hove News music team ventured to The Pipeline located at 6 Little East Street, Brighton for the very first time. We witnessed an outstanding gig by The London SS and you can read that review HERE.

The gigs at The Pipeline are held upstairs and there’s a distinctive vibe about the place. The venue offers a fab combination of punk rock music with vegan comfort food. I particularly like the sound of Suzi Quatro, Debbie Harry and Wendy O’Williams from their menu.

We are back tonight and boy do those veggie burgers smell and look appetising! Next time we will allow enough time before the gig in order to consume some lovely grub!

On the bill tonight are Spoilers, Travis Cut and Liabilities. Beers purchased, we head upstairs and immediately note that the room has had a makeover with a real stage to the far end of the room. It’s still compact and everyone can easily see the band. It’s just like bands playing in your lounge – Happy Days! 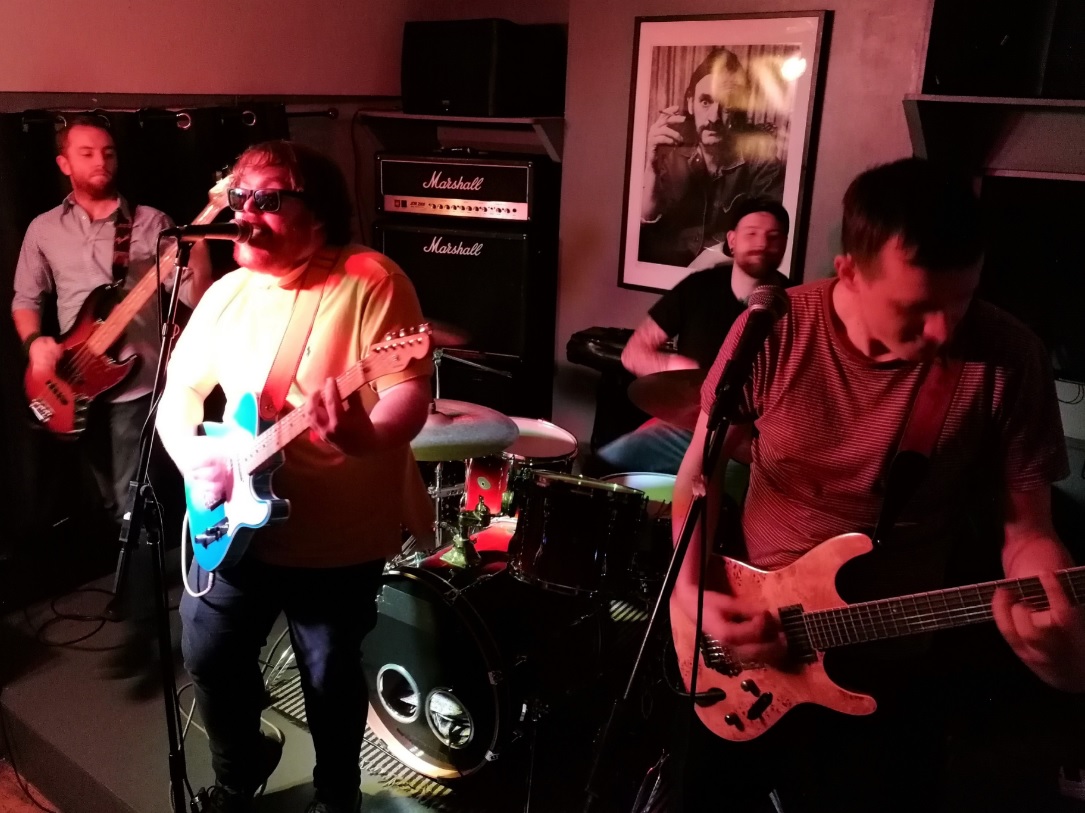 First up were the Brighton and Bognor Regis based quartet known as Liabilities, who are Daniel Williams (lead vocals/guitar), Bill No-good (guitar/backing vocals), James Pitchford (bass/backing vocals) and Jamie Boyce (drums). I understand from a conversation with this evenings promoter Buz from Punker Bunker record shop in Sydney Street, Brighton that the lads are also all in other bands, so clearly these are busy lads.

The band appear to have a loyal young following judging by the moshpit tonight. It did get a little lively to say the least and anyone suffering from claustrophobia would feel a tad intimidated. 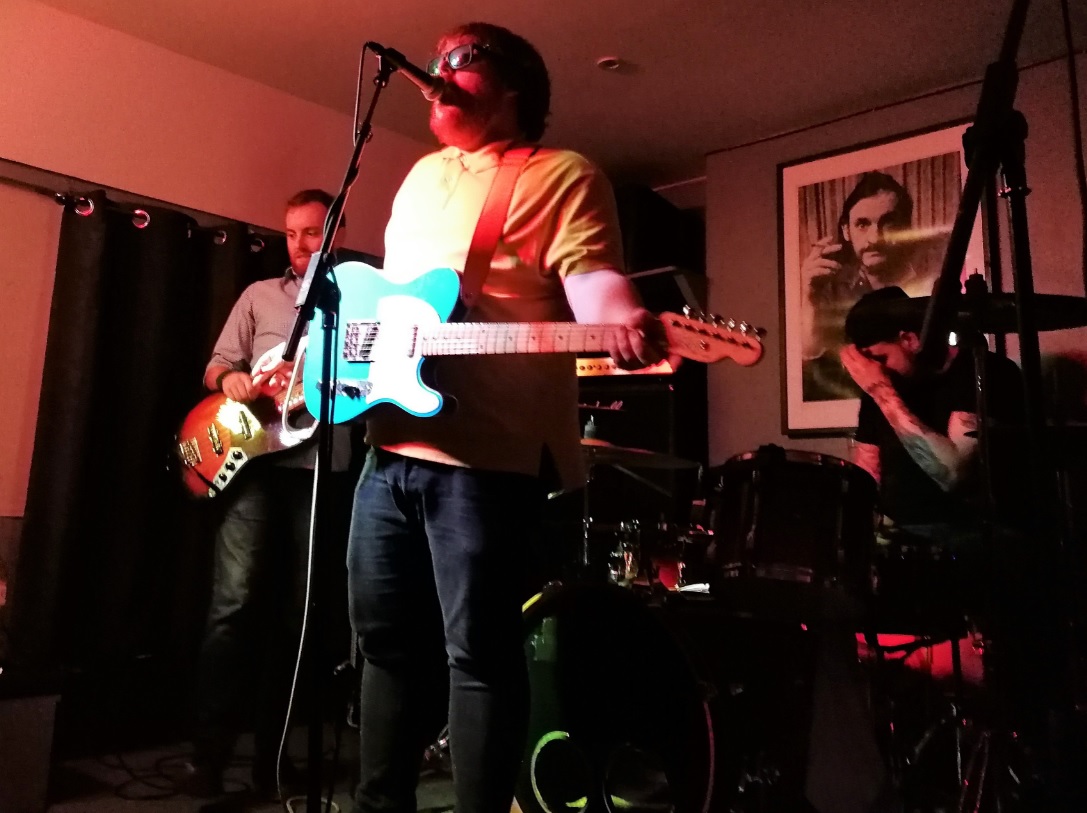 They play what I guess would be termed as Green Day style surf punk with a ska edge, with often a song starting as punk and then morphing into a ska number and visa-versa. The beats and vocals are fast and certainly get your toes tapping or your body pogoing around! Singer Daniel is a purveyor and Peter And The Test Tubes cheeky style banter with the audience and other band members. They were a laugh all the way through their ten song set which was mainly culled from their ‘Malignant Humour’ album and I would go and see them play live again. Have a listen to their sound HERE. 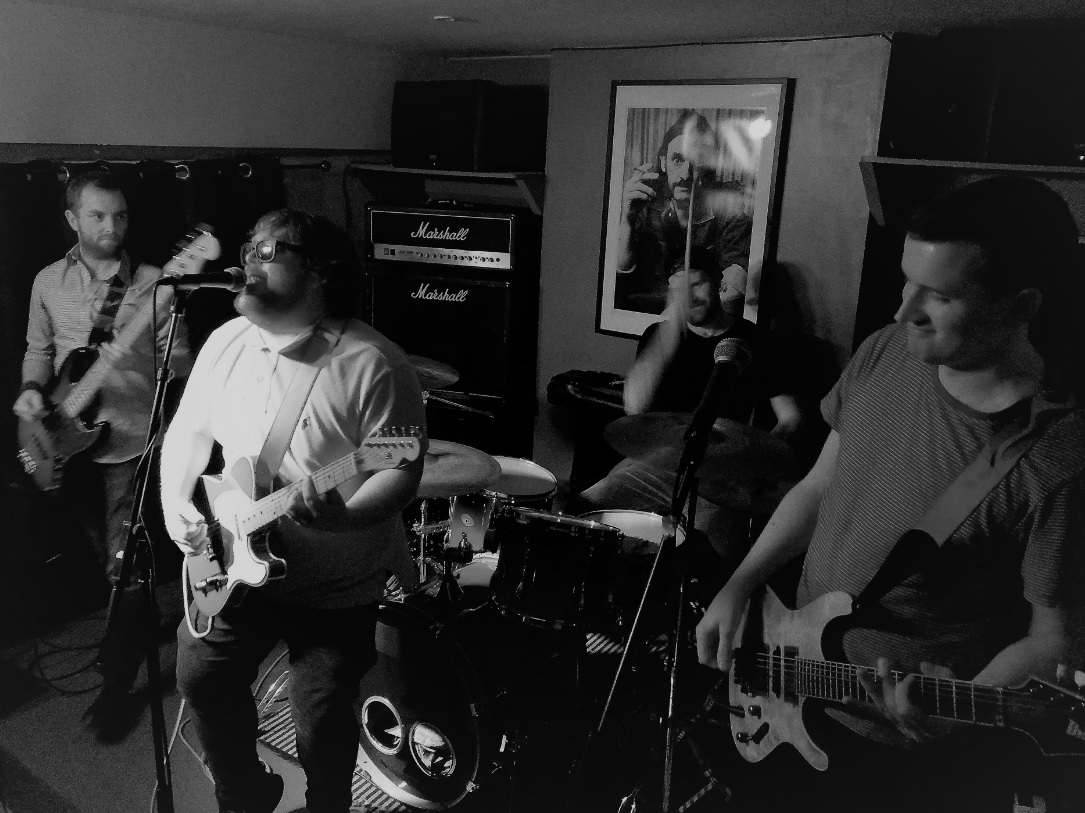 More about the Liabilities HERE. 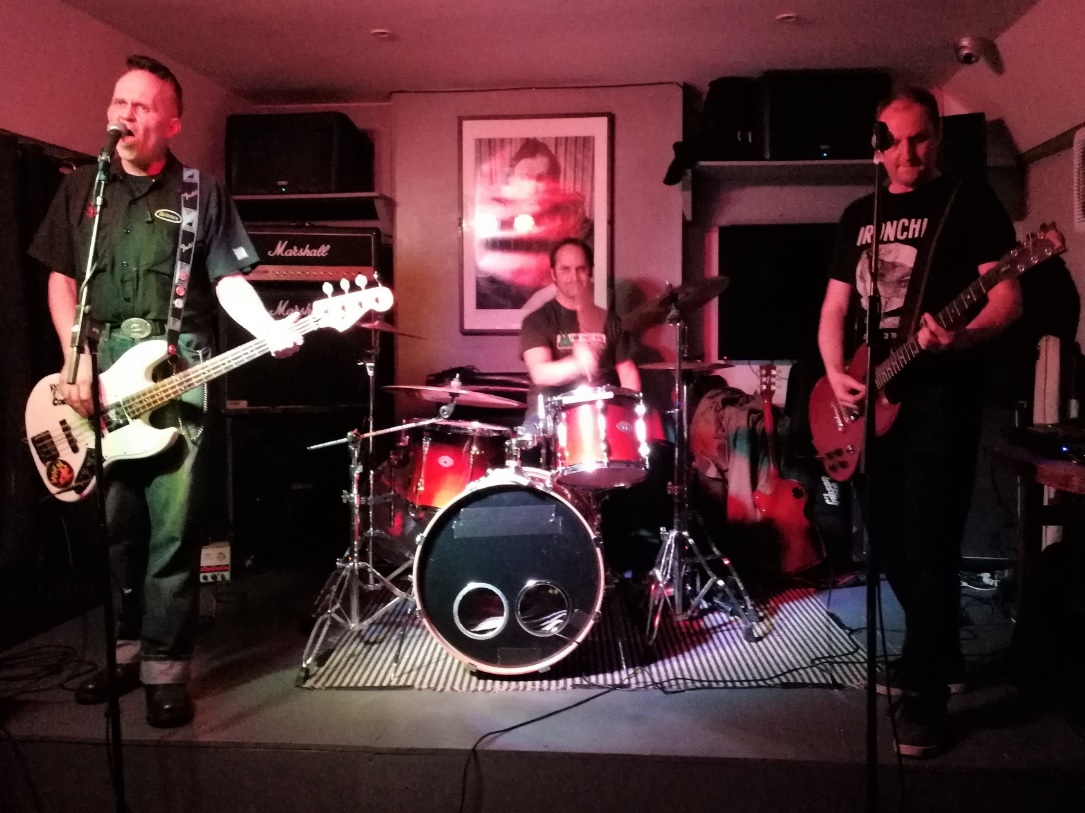 Next up were a trio going by the name of Travis Cut who are Chris (guitar/vocals),
Mac (bass/vocals) and their pal on drums. Apparently they are renowned for the speed at which they get through drummers. The band formed in the early 1990’s and their debut gig was to support D.O.A, and have also performed with Lagwagon and Down By Law. They have released several albums in their time together and have played many gigs, but I have to admit that is the first time that I have seen these guys. 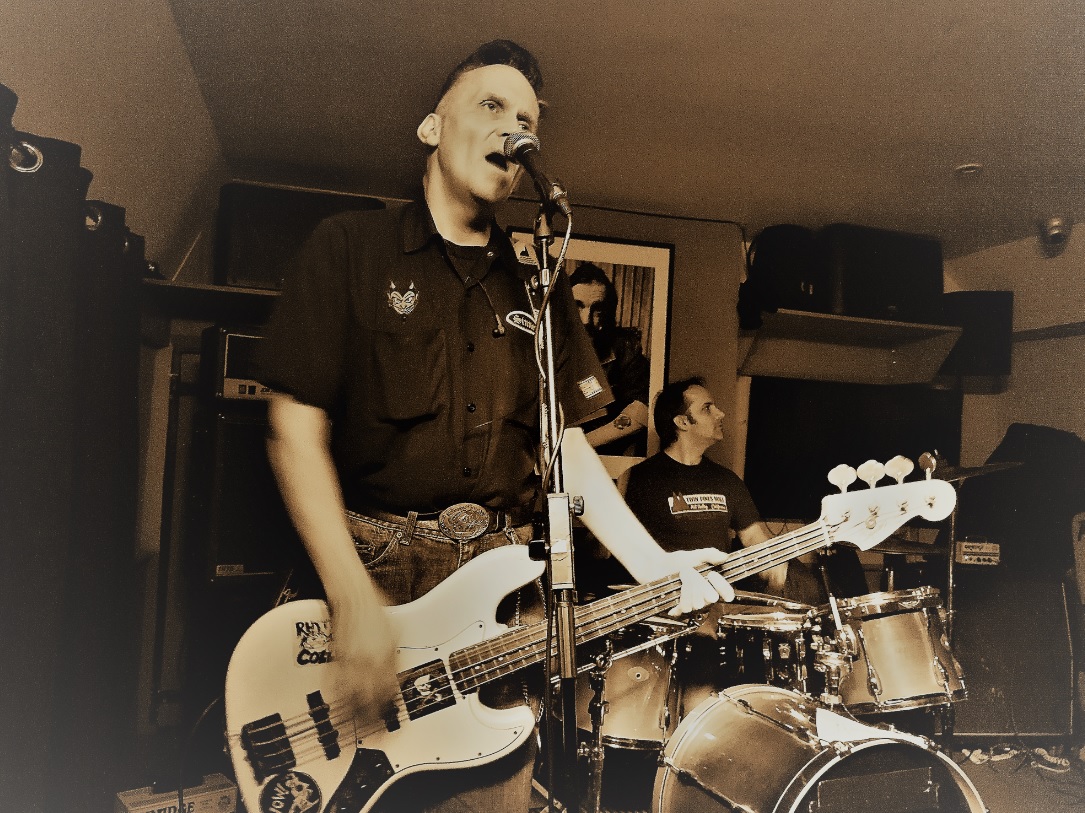 Tonight, they performed what I would suggest is more traditional good-old-fashion punk during their eleven song set which culminated in their renditions of the Violent Femmes in 1983 track ‘Blister In The Sun’ followed by The Ruts classic debut single ‘In A Rut’ from 1979. I have to sadly say that bass player Mac’s vocals were down in the mix during this gig and it was possibly of some annoyance to him, having said that I did enjoy their set. 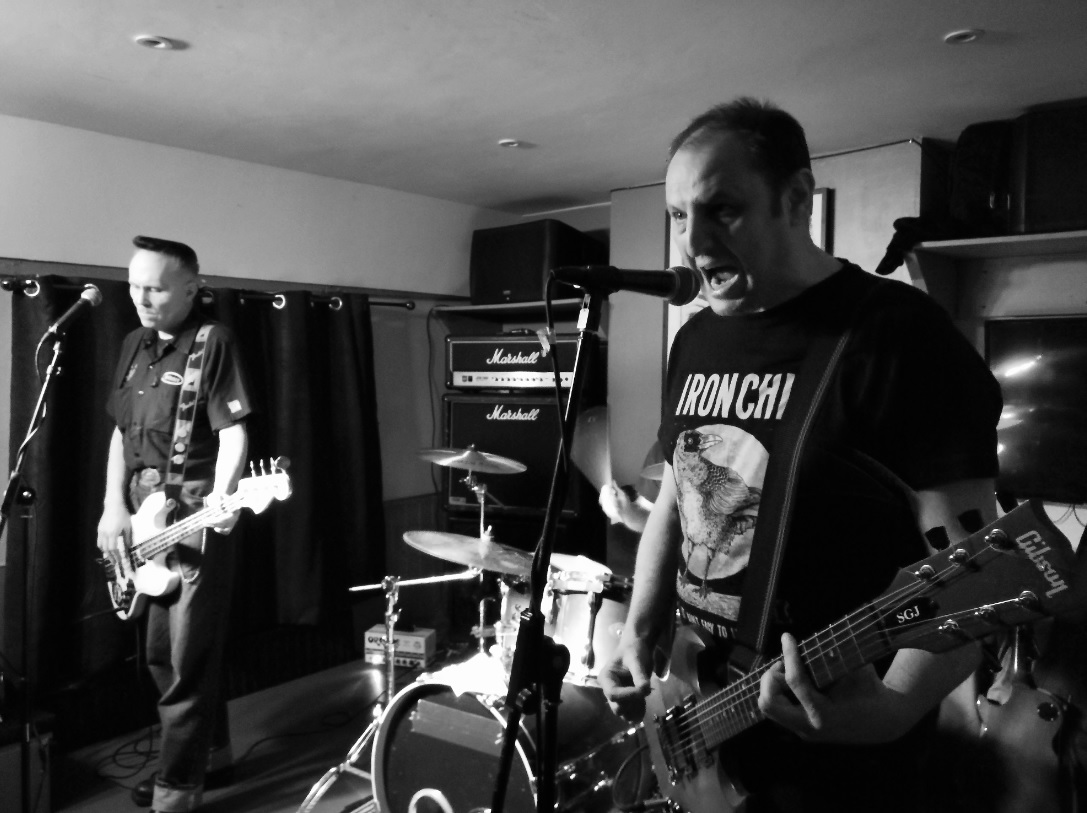 You can have a listen to the Travis Cut album ‘Seventh Inning Stretch’ HERE which Brian Baker of Bad Religion guested on guitar on some tracks. Dave Smalley also did some backing vocals. It’s a little slice of punk rock history and you should definitely check it out! 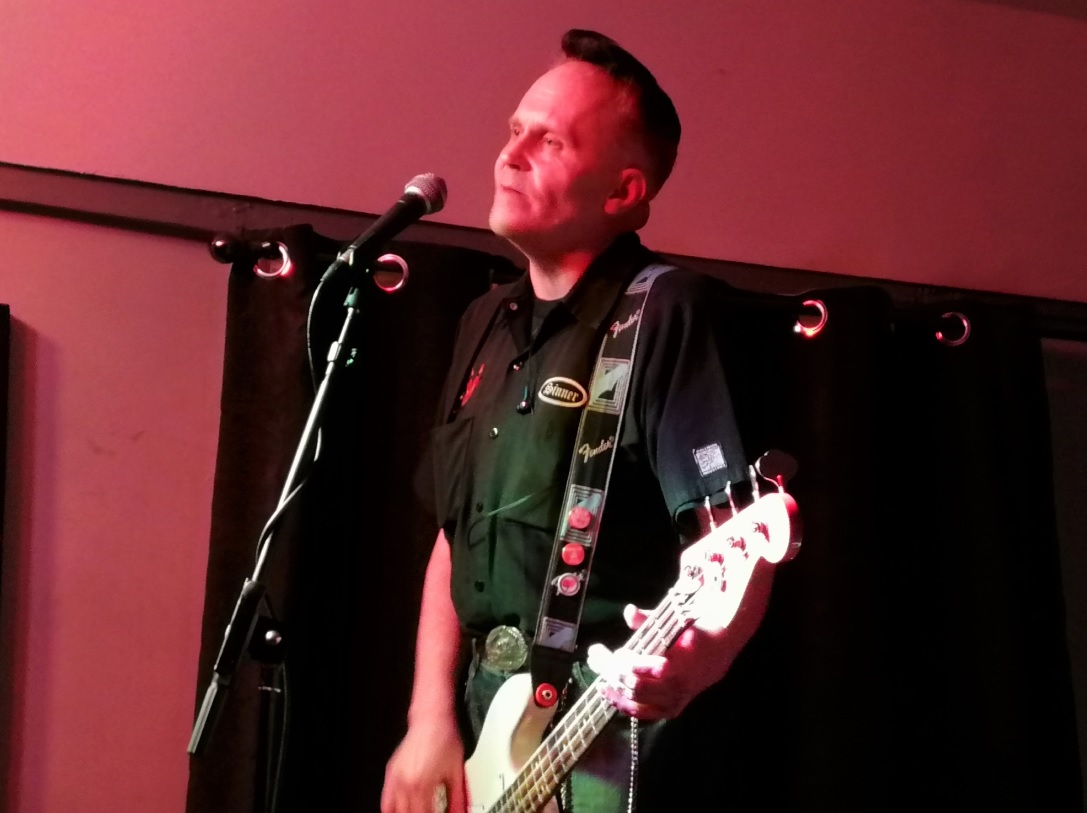 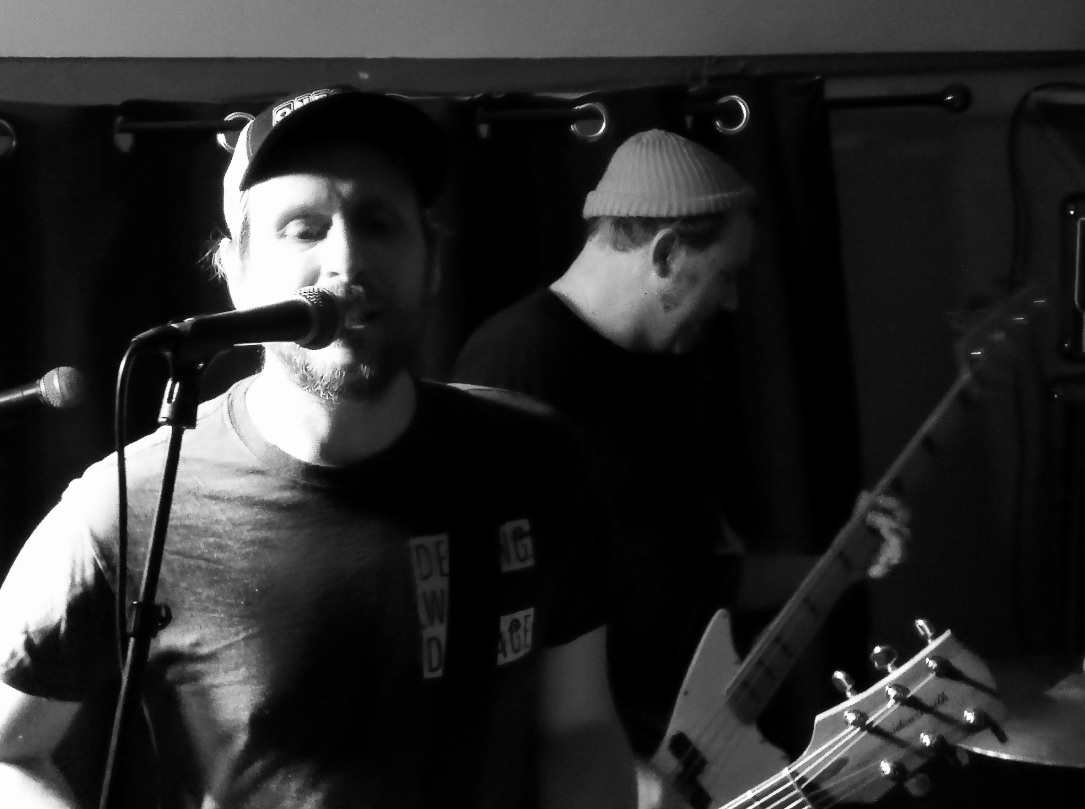 It was now time for tonight’s headline act, the decent Kent based four piece Spoilers to take to the new stage!

I first became aware of the band when I stumbled across their Bandcamp page and listened their debut album entitled ‘Roundabouts’, which they guys released on 27th September 2018. There’s a dozen tracks on it and there isn’t a bad one to be found! Record collectors should take note as there are no less than four superb vinyl variants to choose from – Cornetto Yellow/Black, Splatter Red/Yellow, Quad Yellow/Black, and Splatter Red/Black. Grab yours HERE. 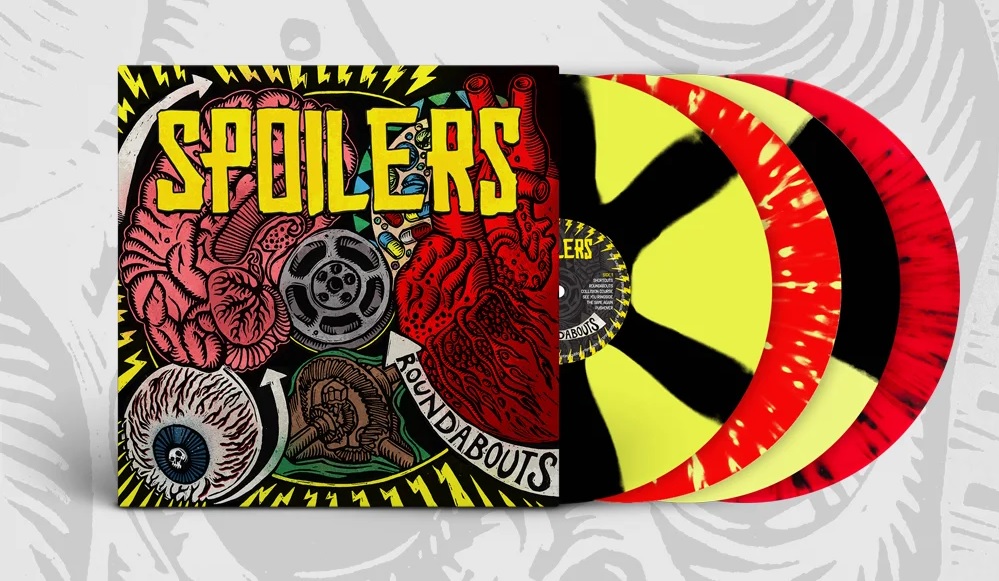 Spoilers are Dan Goatham, Ben Davis, Stuart Randall and Leon Packer. The guys offer catchy vocal melodies mixed with fab riffs that are the type that will let you believe they are a pop punk band and yet without notice slap you in the face with some melodic hardcore. They performed a tight set tonight with the songs being played exactly as they are on their albums interspersed with some jolly banter that made everyone laugh in between tunes. We again had a boisterous mosh start up halfway through their set which continued until the end of their set.

They performed the fab ‘Punks Don’t Die’ track which was composed as tribute to a friend of theirs who was a promoter of gigs in Kent who had sadly passed away. At the end of their proposed set, the lads thankfully added a further two numbers not on the setlist, those being ‘See You Ringside’ and ‘Collision Course’. 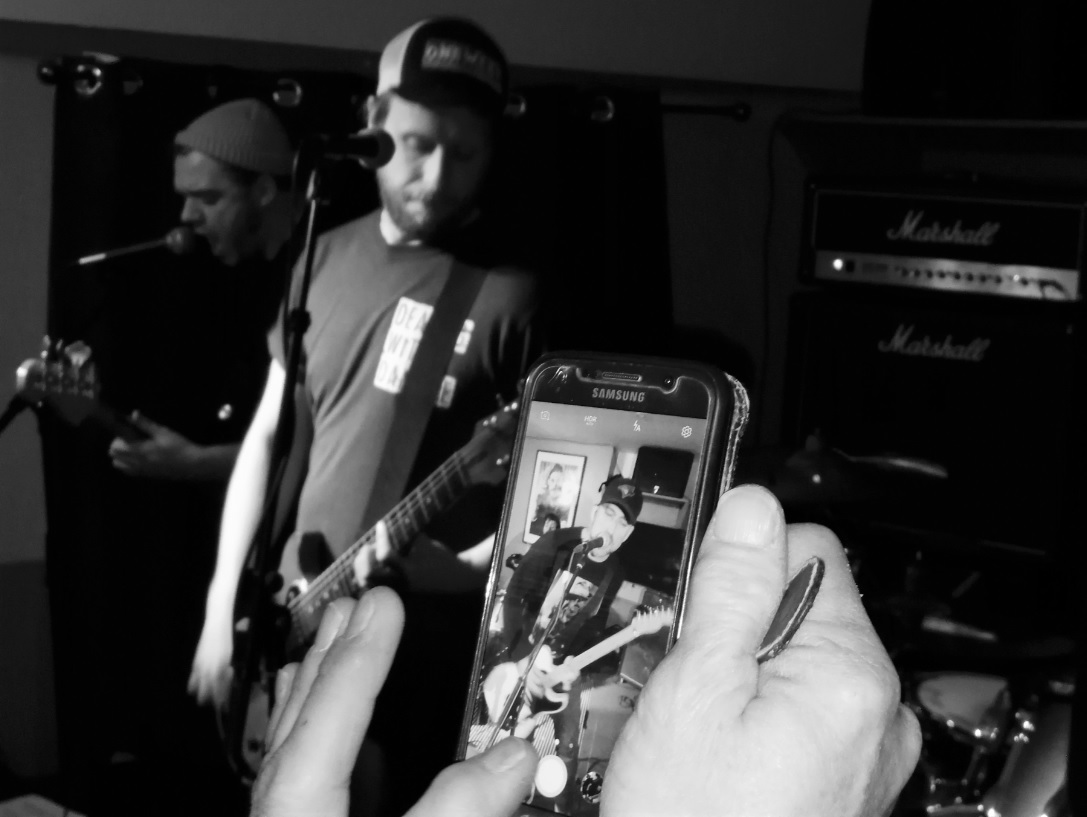 The lads clearly enjoyed their stint in Brighton as they posted on social media “Thank you to all that came out to the pipeline in Brighton last night. That was awesome! What an incredible venue that is. We hope they’ll have us back soon. Thanks to buzz Punker Bunker for putting the gig on and our mates Travis Cut and The Liabilities”. 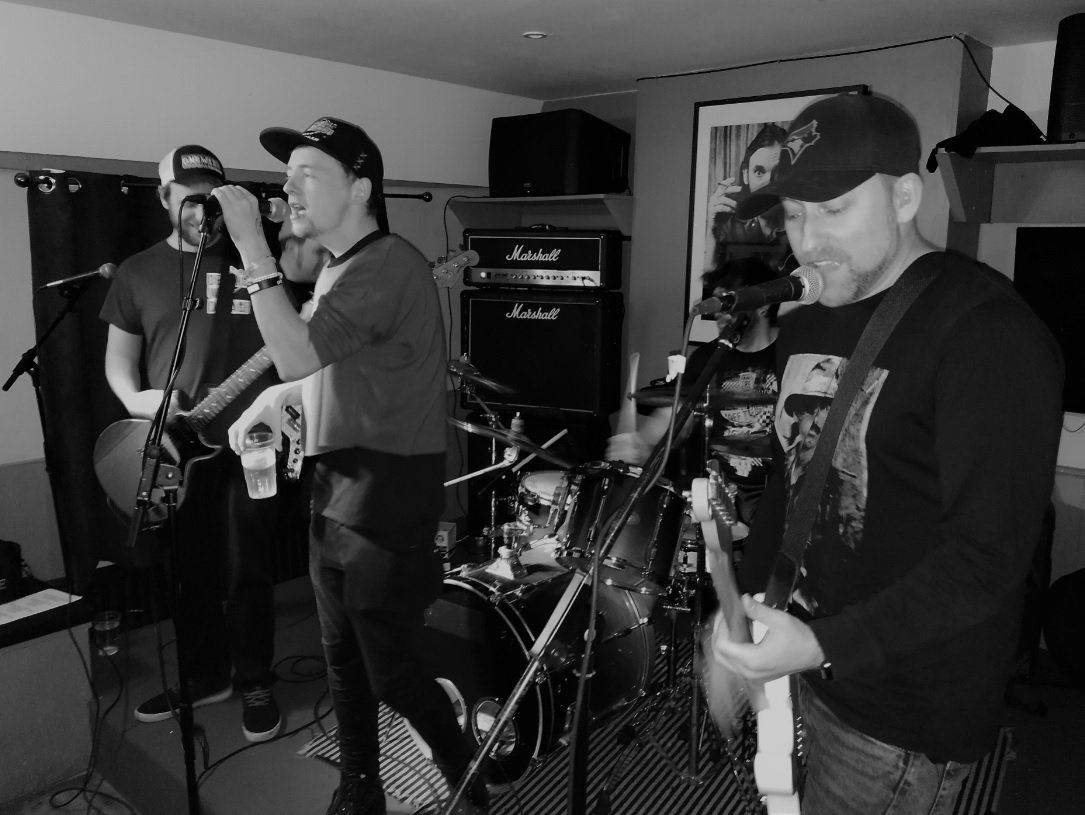 Spoilers give way for a fan to sing a few lines at The Pipeline, Brighton 08.02.19 (pic Nick Linazasoro) 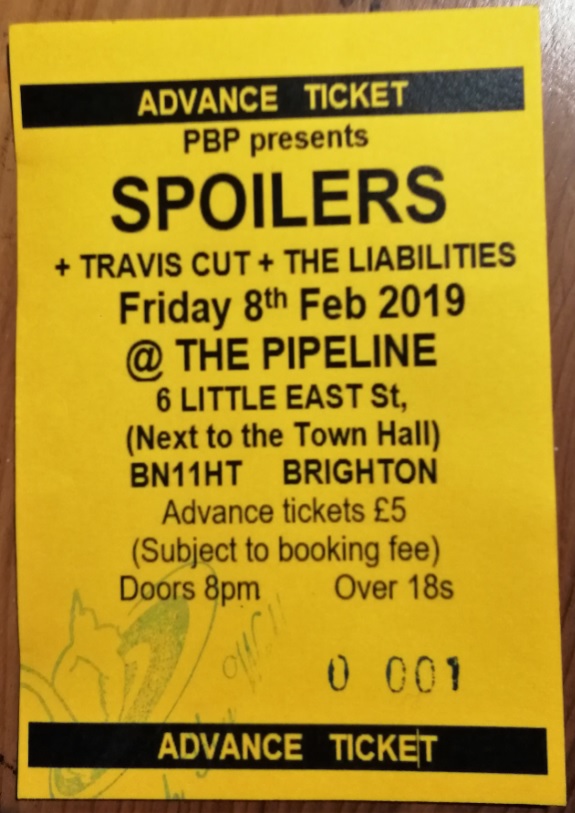 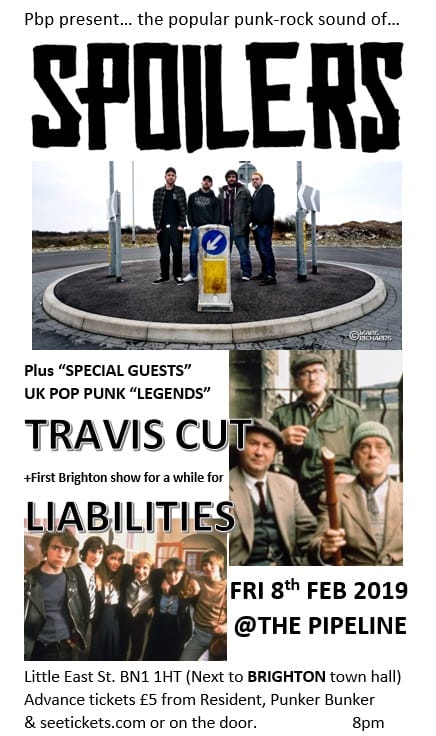 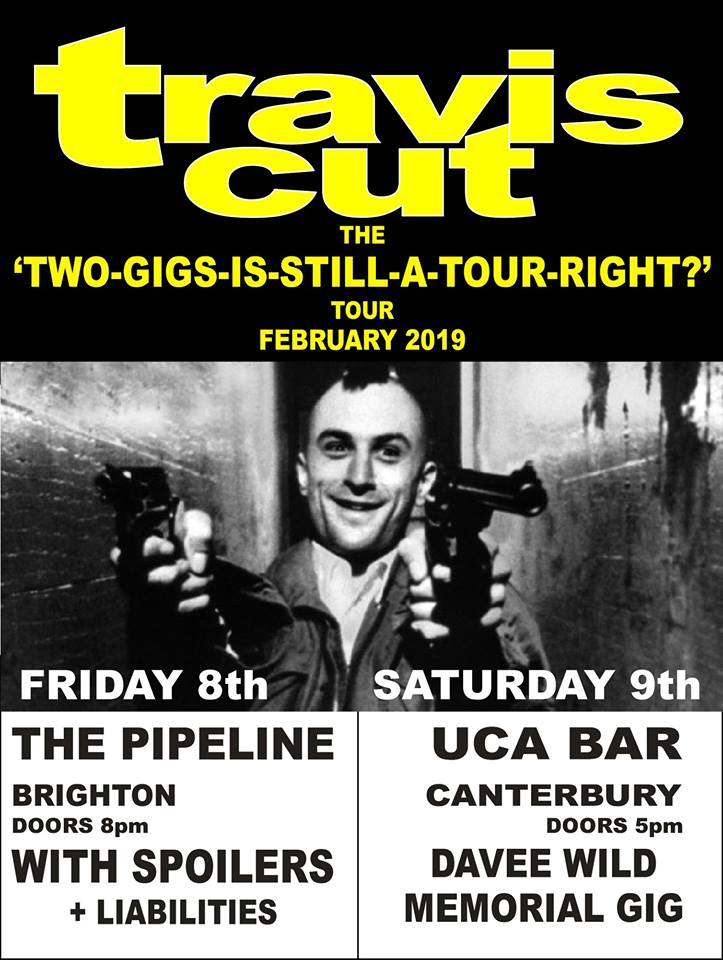 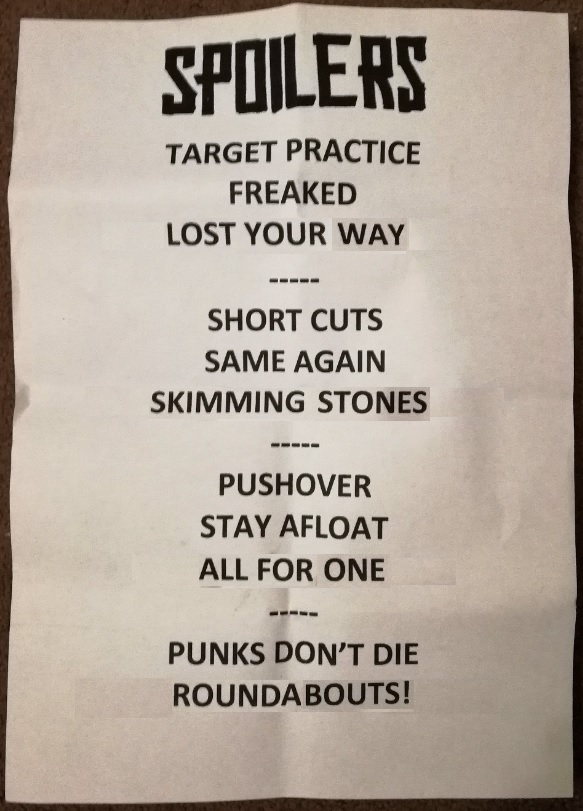 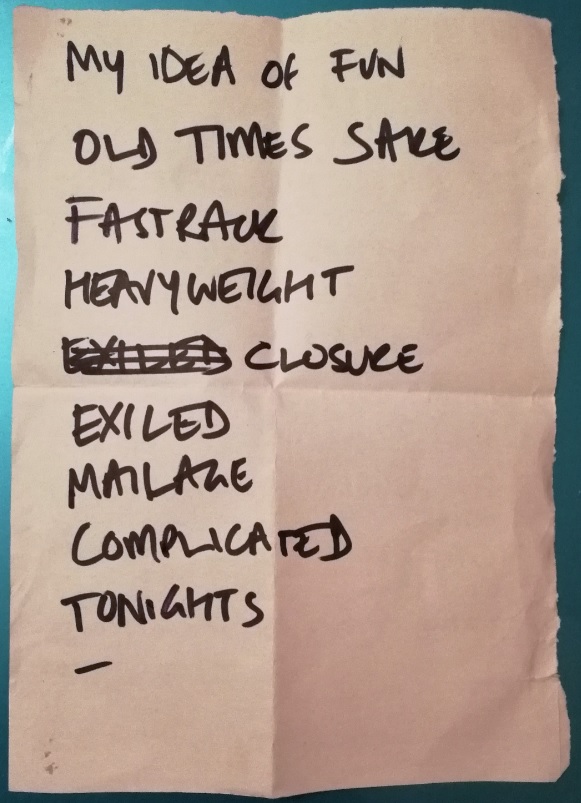 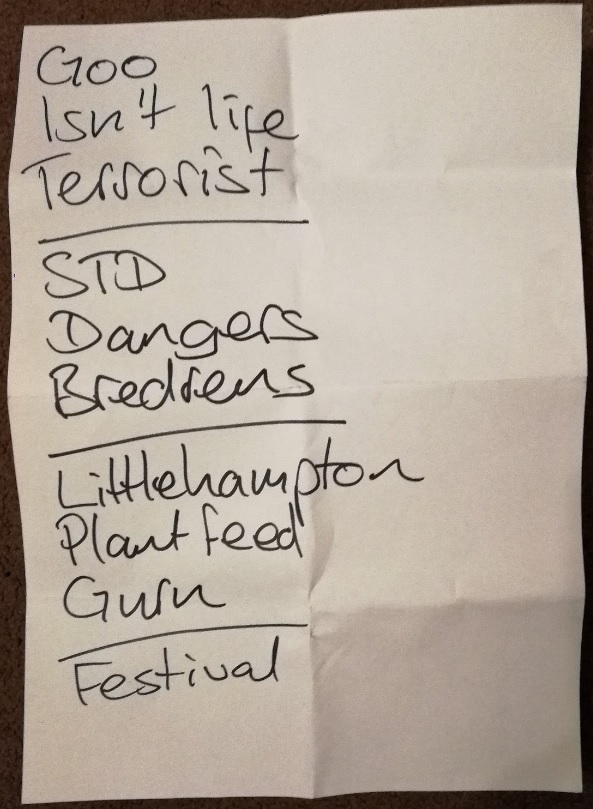