A leading Labour councillor has defected to the Conservatives, leaving the Tories as the largest party on Brighton and Hove City Council and poised to try to wrest control weeks before the local elections. 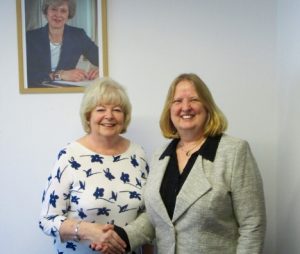 Councillor Anne Meadows, who chairs the council’s Housing and New Homes Committee, was deselected by Labour in Moulsecoomb and Bevendean.

This morning she went public with her decision to switch sides.

At Hove Town Hall, meetings are taking place between senior councillors and officers to decide whether the Tories should replace Labour in running the council in the remaining few months before the May elections.

She said that Councillor Meadows would serve Moulsecoomb and Bevendean as a local Conservative councillor in the ward that she had represented since 1994.

Councillor Mears said: “Anne joining the Conservatives makes them the largest Party on Brighton and Hove City Council and will change the dynamics of how the council will be run until the elections on Thursday 2 May.”

Councillor Meadows said “I am delighted that I have been so warmly accepted into the Conservative family, having spent most of my life as a Labour member and councillor.

“Leaving the Labour Party was not an easy decision for me, but today’s Labour Party is not one I recognise, nor the one I joined many years ago.

“I want to continue to represent residents in Moulsecoomb and Bevendean in the most effective way possible and I believe to achieve this it has to be as a Conservative councillor.”

Councillor Mears said: “I have known Anne for many years on Brighton and Hove City Council and have seen how hard-working and determined she is in representing her residents.

“I know that we are gaining a very hard-working and well-respected councillor throughout the city and look forward to working with Anne to improve the lives of all who live in Brighton and Hove.”

The Labour council leader Daniel Yates, who also represents Moulsecoomb and Bevendean ward, said: “We are obviously extremely disappointed by the decision of Councillor Anne Meadows to leave the Labour Party and join the Conservatives.

“Councillor Meadows has given many years of valuable service as a Labour councillor, and most recently as chair of the Housing and New Homes Committee, and much good work has been achieved since May 2015 which has benefited many in the city.

“We appreciate Councillor Meadows has concerns about some aspects of the direction of the Labour Party which she has expressed previously.

“However, unfortunately this move at this time will only give support to the Conservative Party when it clearly does not deserve support due to the austerity the Tory government has heaped on residents in our city and the Brexit chaos it has unleashed on the country.”

Four years ago former Labour councillor Leigh Farrow, who also represented Mouslecoomb and Bevendean, defected to the UK Independence Party (UKIP) in the run up to the local elections but was not re-elected.