Row of disused garages in Hove to become ‘affordable’ homes

Plans to knock down a row of 48 garages in Hove and replace them with 12 flats have been given official backing. 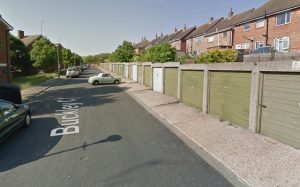 The new homes – in three two-storey blocks – would have some of the cheapest rents for the area after the garages, in Buckley Close, Hangleton, fell into disuse and disrepair.

There will be eight two-bedroom flats and four one-bedroom flats. One of them is expected to be wheelchair-accessible and all 12 flats would be classed as affordable for people earning the local £9 an hour living wage.

If the £3 million scheme is granted planning permission on Wednesday (3 April), Brighton and Hove City Council will build the flats as part of its New Homes for Neighbourhoods strategy.

If the plans are approved, the council would have to pay a developer’s contribution of almost £25,000.

Some of the money – £10,800 – would go towards bus stop and pavement improvements and about £10,000 would be spent on schools, probably at Hove Park or Blatchington Mill.

Brighton and Hove City Council Housing Committee approved the £2.930million budget for the project in November 2018.

Eight neighbours have written to object to the project, raising concerns about parking, overlooking and lack of space for children.

One person said anonymously on the council’s website said: “Please don’t do this! We are mainly all overcrowded council tenants who don’t have gardens and likely won’t get a move.

“Our children play out together in this quiet close as we don’t have outside space for the them to play.”

Another parent supports knocking down the garages but also had concern about children in the area.

The parent said: “I recommend that you calculate the percentage of kids and young families to consider their needs and demolish these garages and design a space for kids to play football and basketball.

“Get some equipment for young children to invest in them and build a proper closed bike shed along with a proper rubbish bins space as they are scattered.” 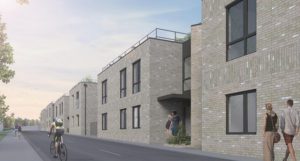 Another neighbour, in Chichester Close, was concerned about children’s outdoor play and overcrowding.

Writing anonymously on the council website, the neighbour said: “This area is already overcrowded. Adding to this, flats are currently being built at the end of this road worsening the problem.

“The additional proposed blocks of flats back directly on to our garden up to our back face.

“The two-storey flats will block all sunlight from our garden in every direction due to their height and positioning.”

A report to the council’s Planning Committee said that the site had archaeological significance as Iron Age and Roman objects had been found in the area.

It is also the location of a deserted mediaeval village where entire houses have been found buried.

The county archaeologist advised Brighton and Hove City Council to carry out a programme of recording and preservation of any historical finds before building work begins.

The scheme is due to be discussed by the council’s Planning Committee on Wednesday (3 April). The meeting, at Hove Town Hall, is scheduled to start at 2pm and should be open to the public.