WitchDoktors and Pussycats meet in Brighton 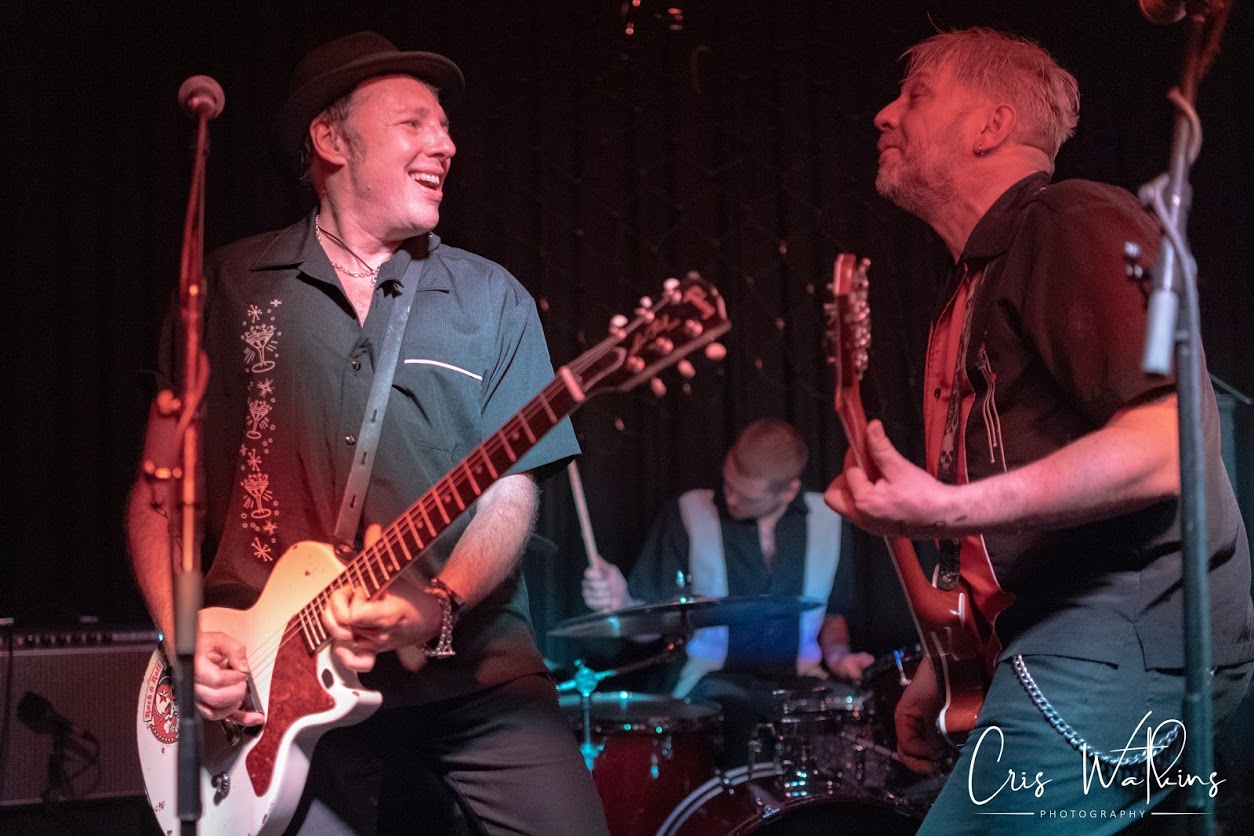 WITCHDOKTORS + PUSSYCAT AND THE DIRTY JOHNSONS – THE PRINCE ALBERT, BRIGHTON 29.03.19

Okay so I’m late, I’ve run (okay walked fast) my way from the IDLES gig at Brighton Dome (read our review HERE) and scaled the dizzy heights of Trafalgar Street to reach the Prince Albert where tonight’s show, part of three dates billed as ‘Rock ‘N’ Roll Rampage -Three Nights Of Chaos‘ has already kicked off. 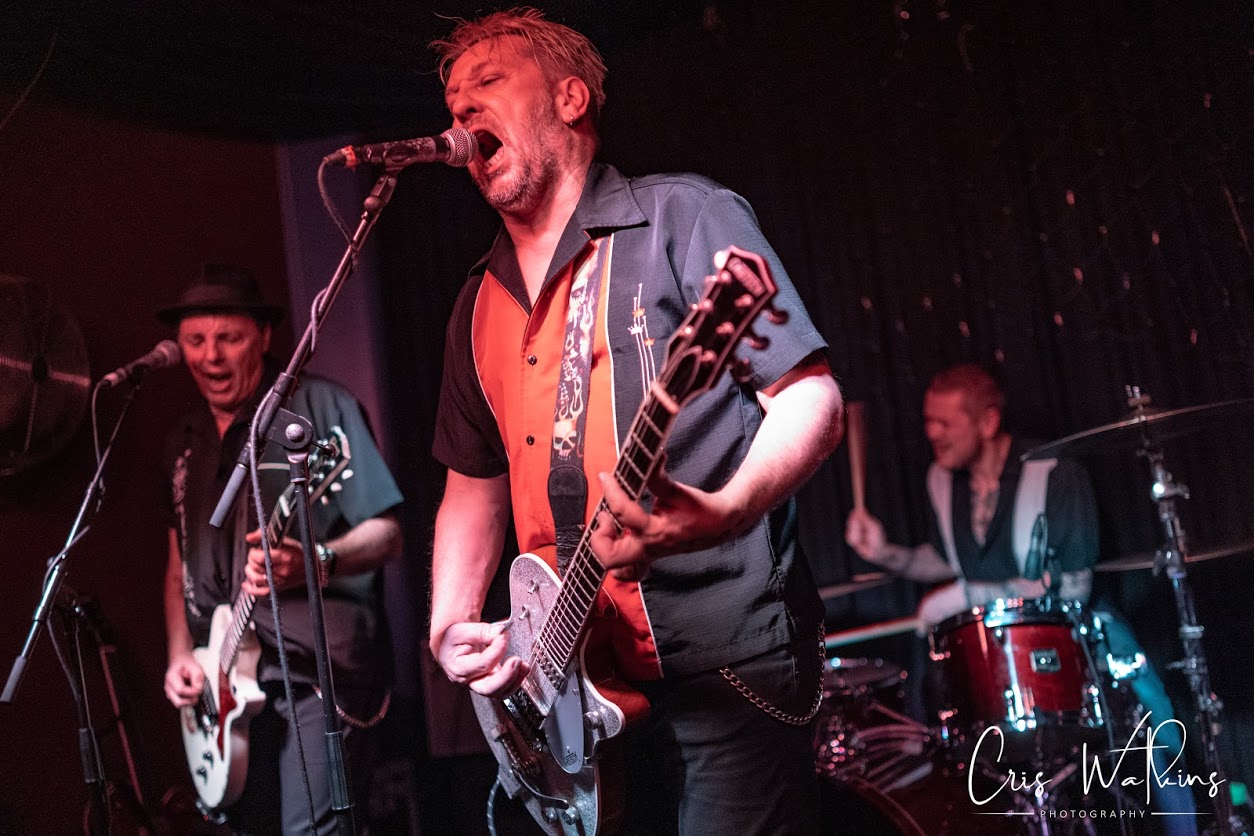 The previous night was at Camden’s Dublin Castle and from what I’ve already heard was a belter. It’s a great teaser show for the upcoming ‘Undercover Festival’ taking place at The Dome in Tufnell Park at the end of the month, where all three bands are playing one stage or another over the 3-day event. 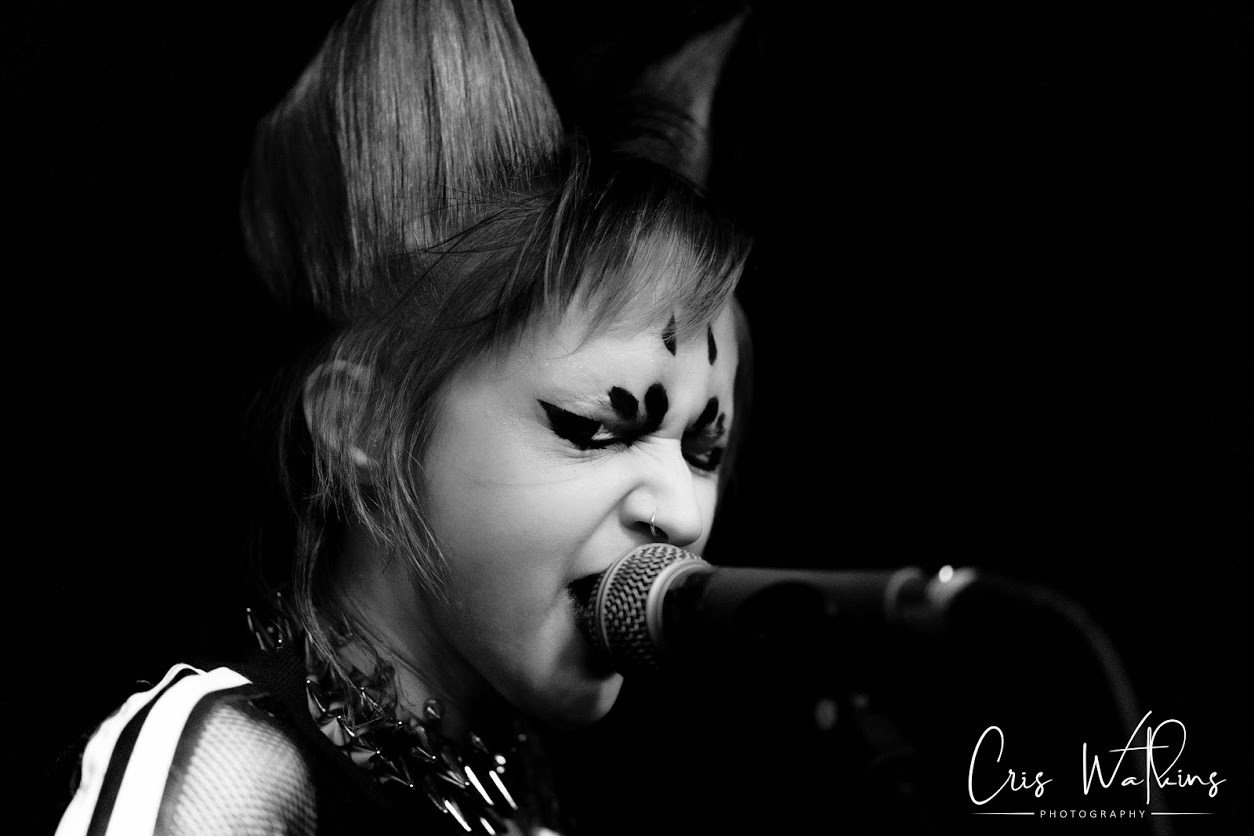 Upstairs in the Prince Albert, it is already in full swing, it’s hot, it’s sweaty and there’s no time for me to take off my jacket! Unfortunately I missed the East Town Pirates but I’m straight into Pussycat And The Dirty Johnsons. It’s the first time I’ve managed to get to catch them live and they don’t disappoint! 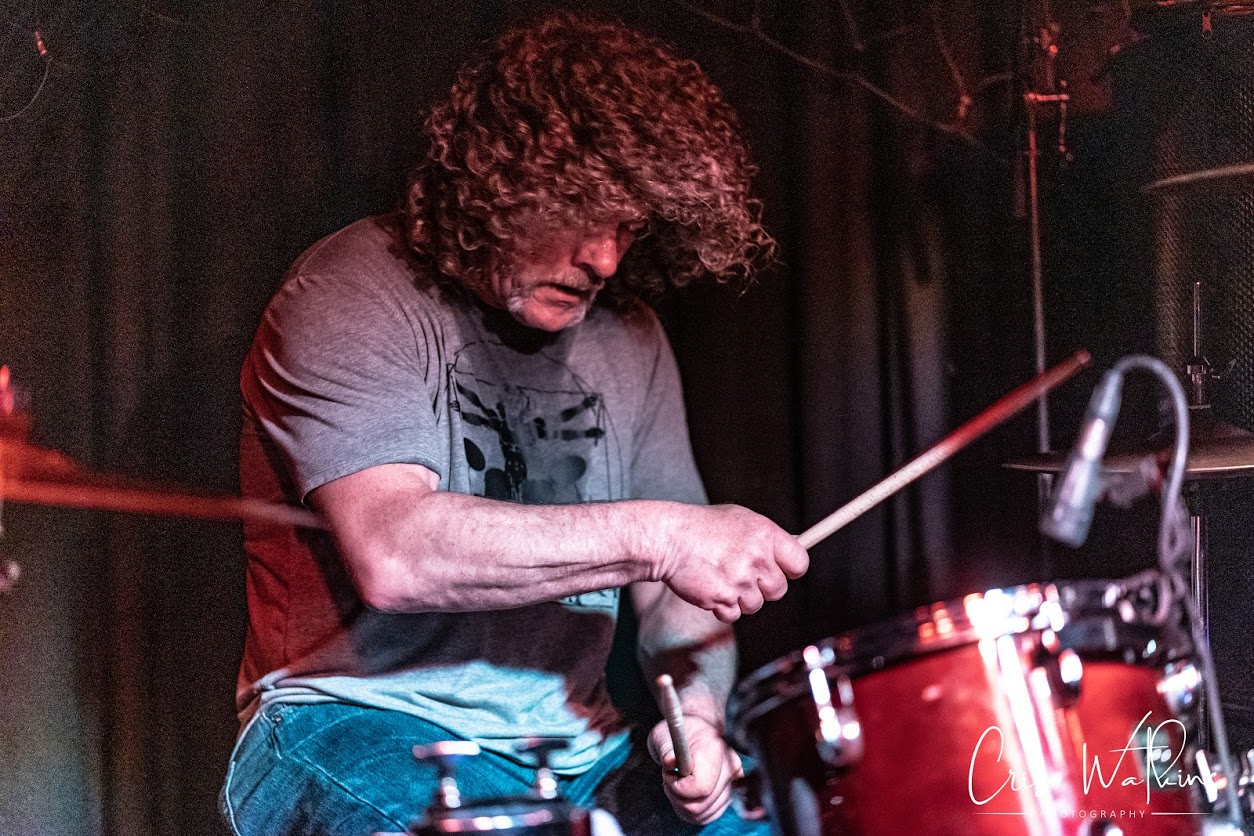 With a trio of albums under their belt, with their latest offering being ‘Ain’t No Pussy’, they have plenty to draw from tonight. They’re a 3-piece with no bass player at present, but watching the ferocity of the drummer (Ant Johnson) and the fills he performs, he looks like he’s playing both roles – it’s old school powerhouse drumming at it’s best! 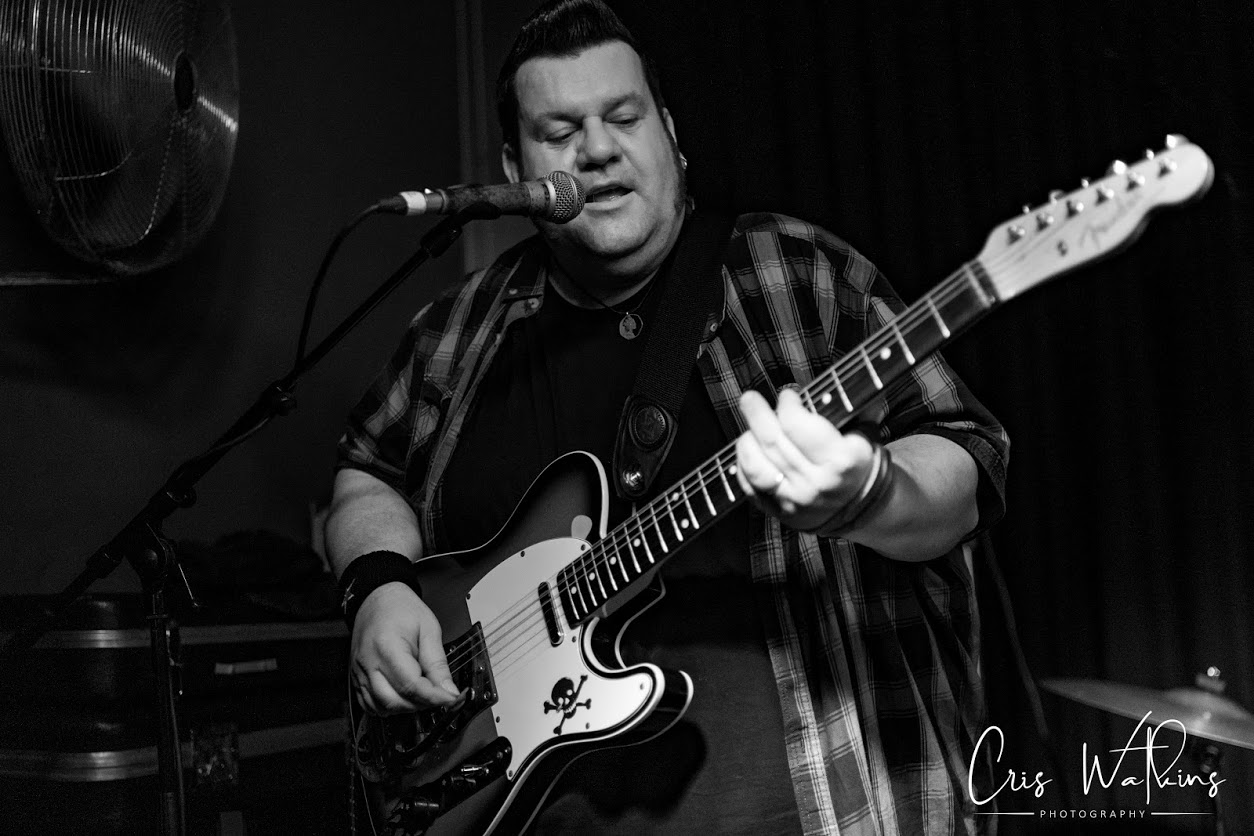 Puss Johnson is all you could want from a front-woman, bursting with rage one moment, running through the crowd the next, she also takes on lead guitar duties on a few of the songs and again impresses. Dressed in PVC jeans, mesh top and with twin mohawks she’s the embodiment of punk rock, oh and she also has a tail as all good pussycats do. 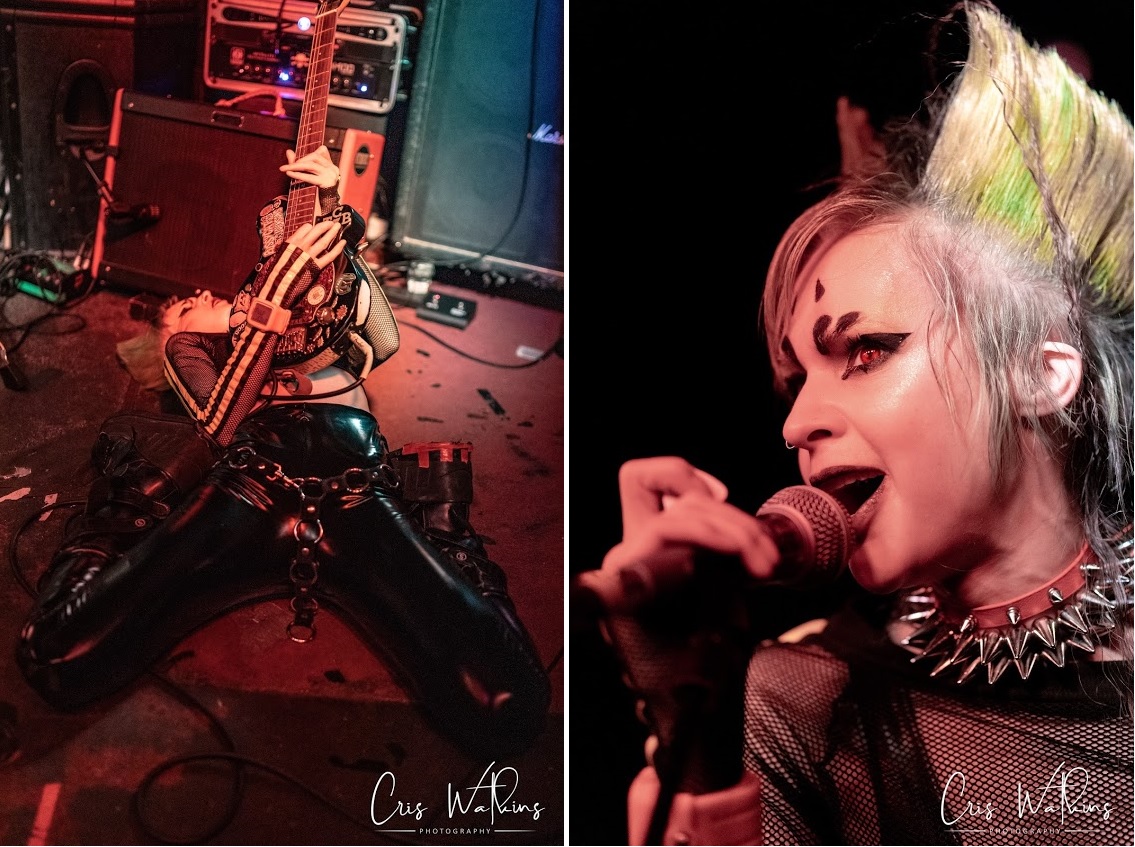 Guitarist ‘Dirty’ Jake Johnson with his ducktail cut and large frame is an imposing figure to the left of the stage, dishing out riff after rocking riff. 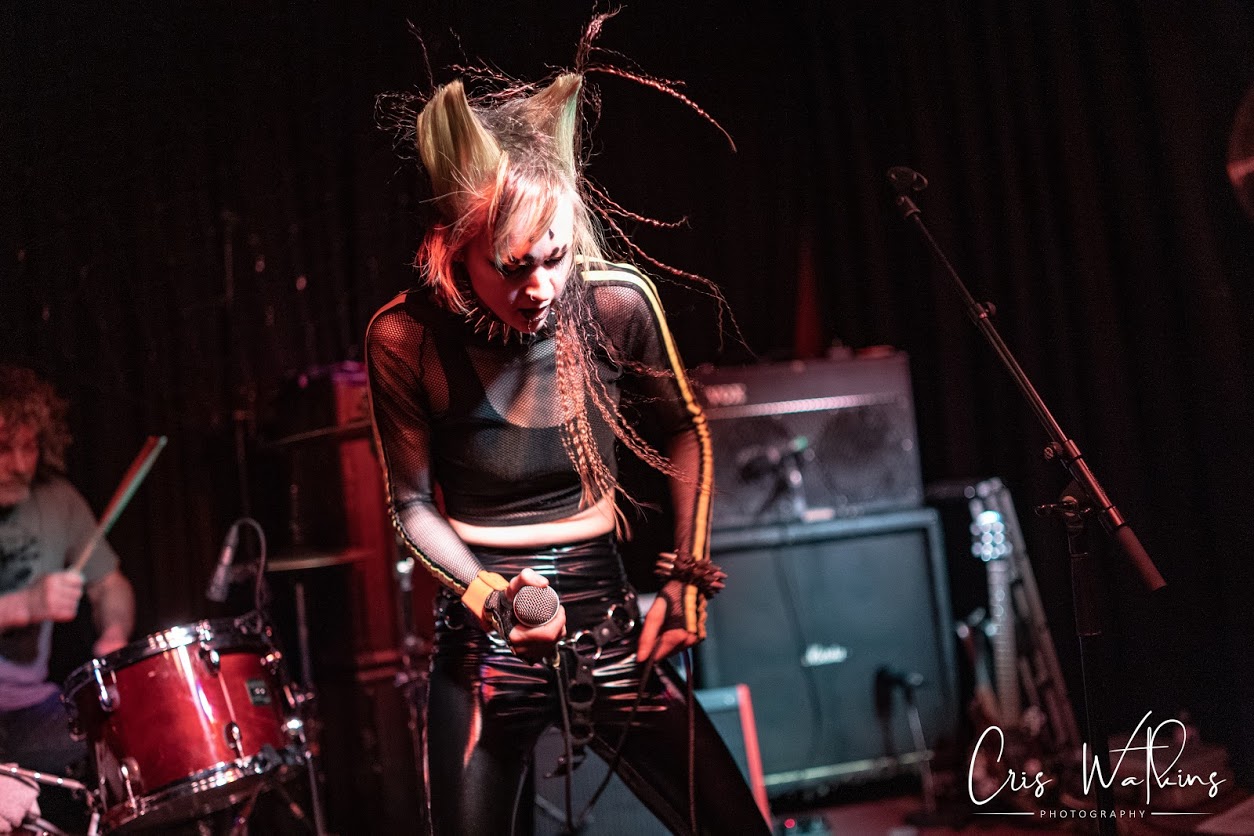 PATDJ are pure rock and roll at the heart with a garage punk fuzztone edge while Puss’s vocals are evocative of the likes of ‘Bikini Kill’s Kathleen Hanna with a touch of Vice Squad’s Beki Bondage. 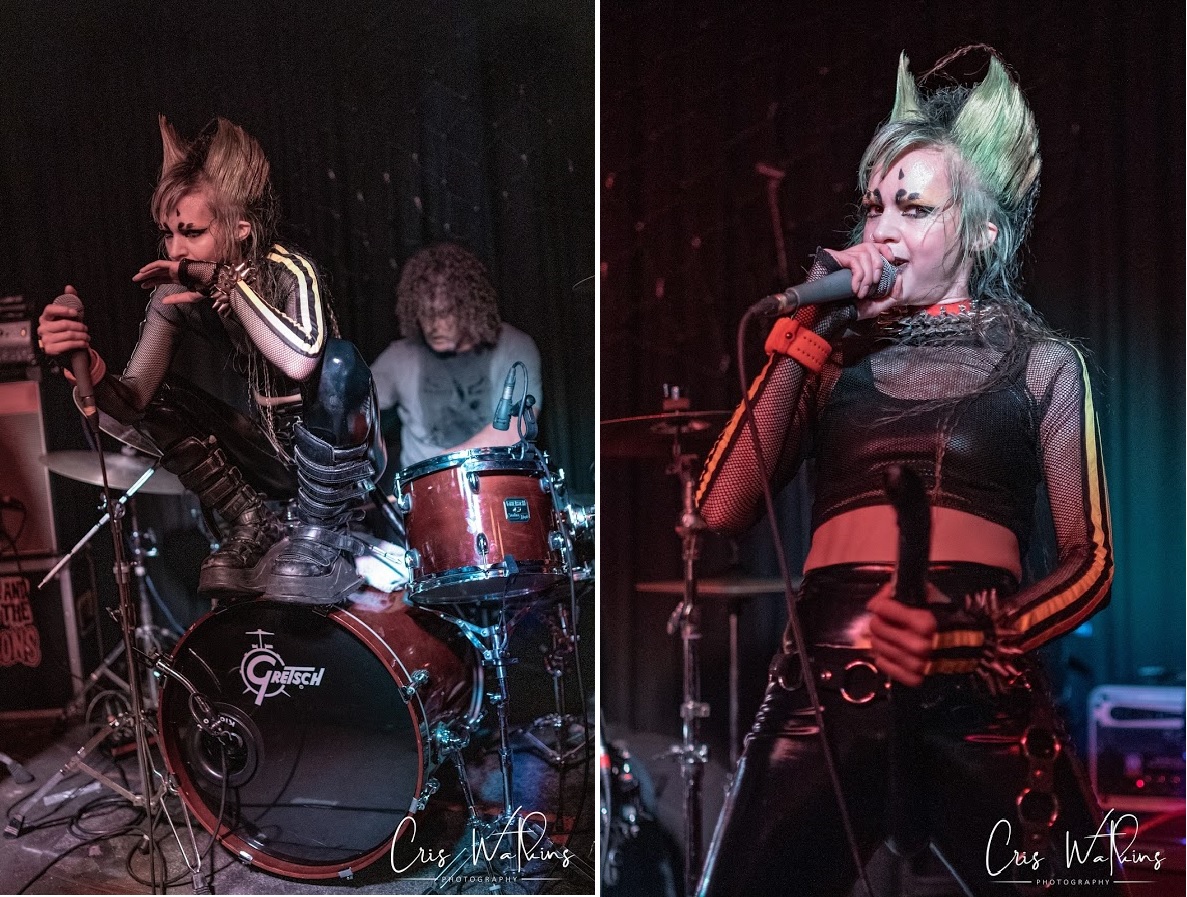 On to the show and openers ‘One of the Boys’, ‘Hell Bent’ and the absolute rocker ‘Pain’ get the crowd moving early on and then we are treated to the sheer fuzz punk of ‘The Wasp’ and the fun ‘Orgasmic Pizza’. 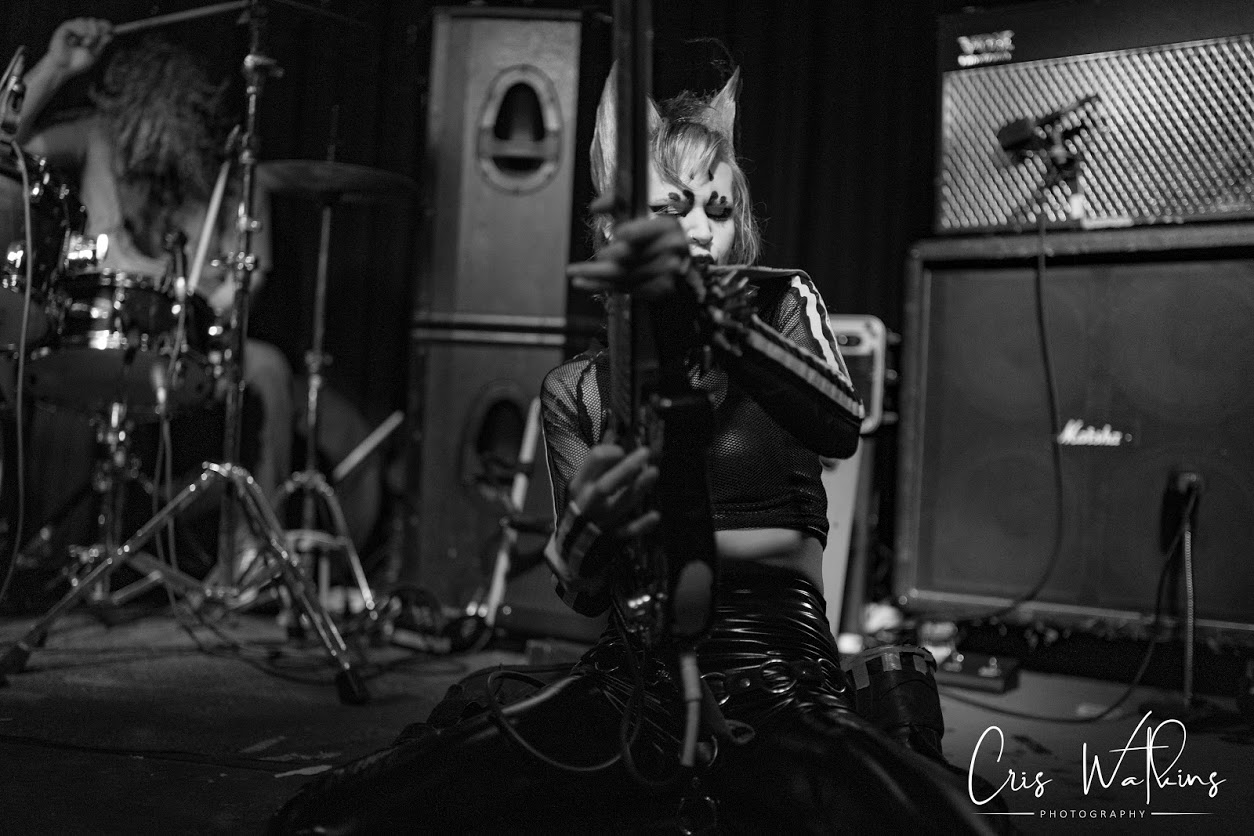 But it’s ‘Ain’t No Pussy’, and ‘Sylvia’ that do it for me tonight, both from the latest album. Tonight’s set closer ‘Wolfman’ really tops off one frantic fuzz filled gig as Puss climbs on top of the drum kit and perches cat-like, nonchalantly licking her ‘paws’. Get yourself over to one of their shows if you can as PATDJ really are the cat’s whiskers.

Pussycat And The Dirty Johnsons albums

More on Pussycat And The Dirty Johnsons HERE. 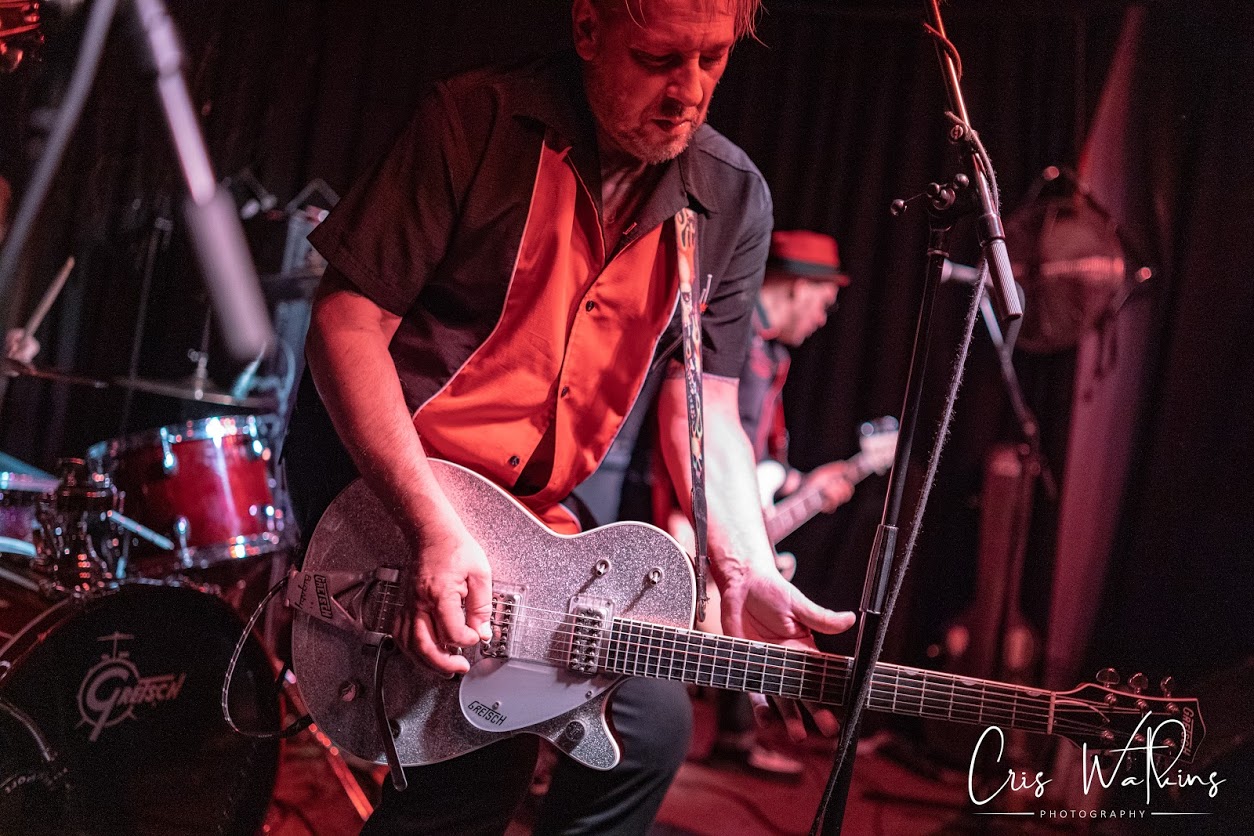 The WitchDoktors have been hitting stages across the UK and Europe for many a year and also according to Mick (Undercover Festival), are the only band to have played all six Undercover Festivals and they’re playing the seventh too. 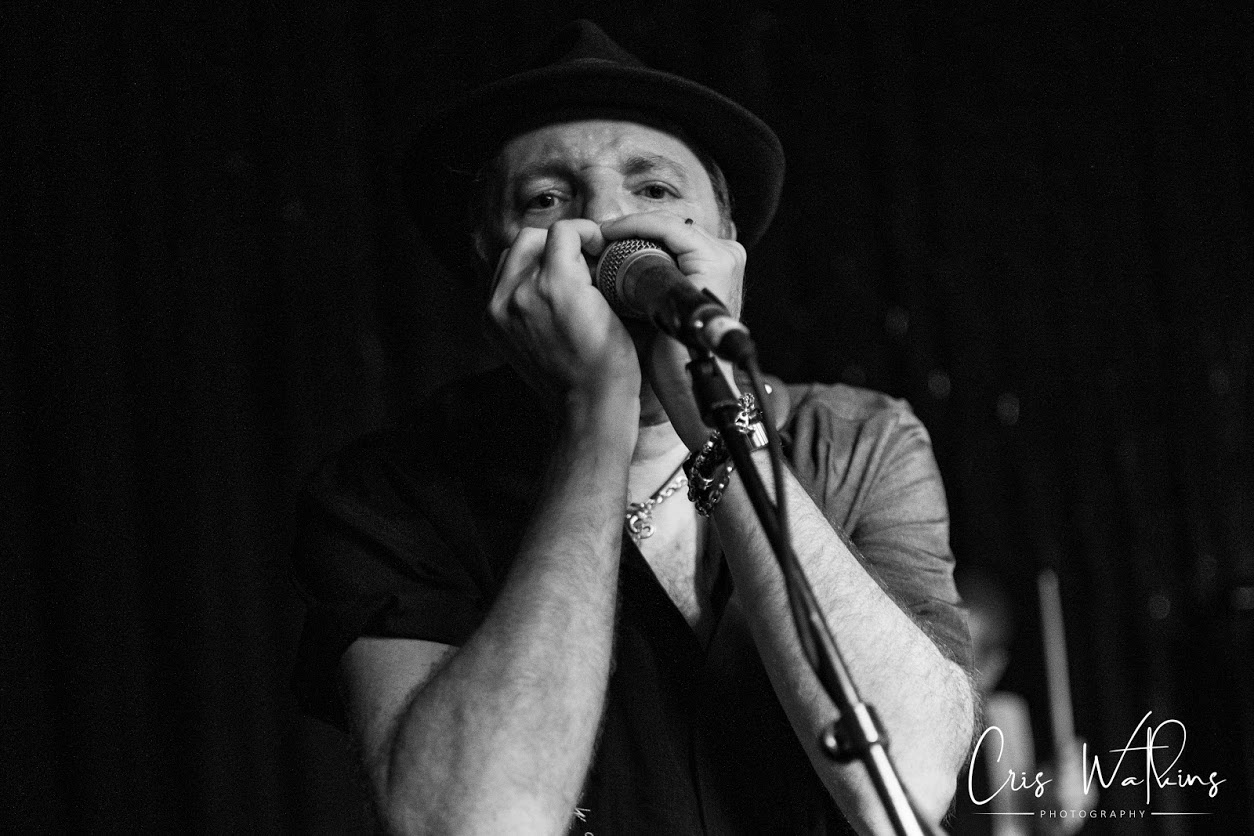 Last time I saw them was at last years Croydon Rocks festival and were one of my highlights of the second day. Do you like The Clash? Johnny Cash? Rocket From The Crypt? The Stooges? Pure rock n roll? If that’s a yes then The Witchdoktors are your new favourite band! Their latest album, 2016’s ‘Voodoo Eye’ has been on continual rotation at home since late last year. 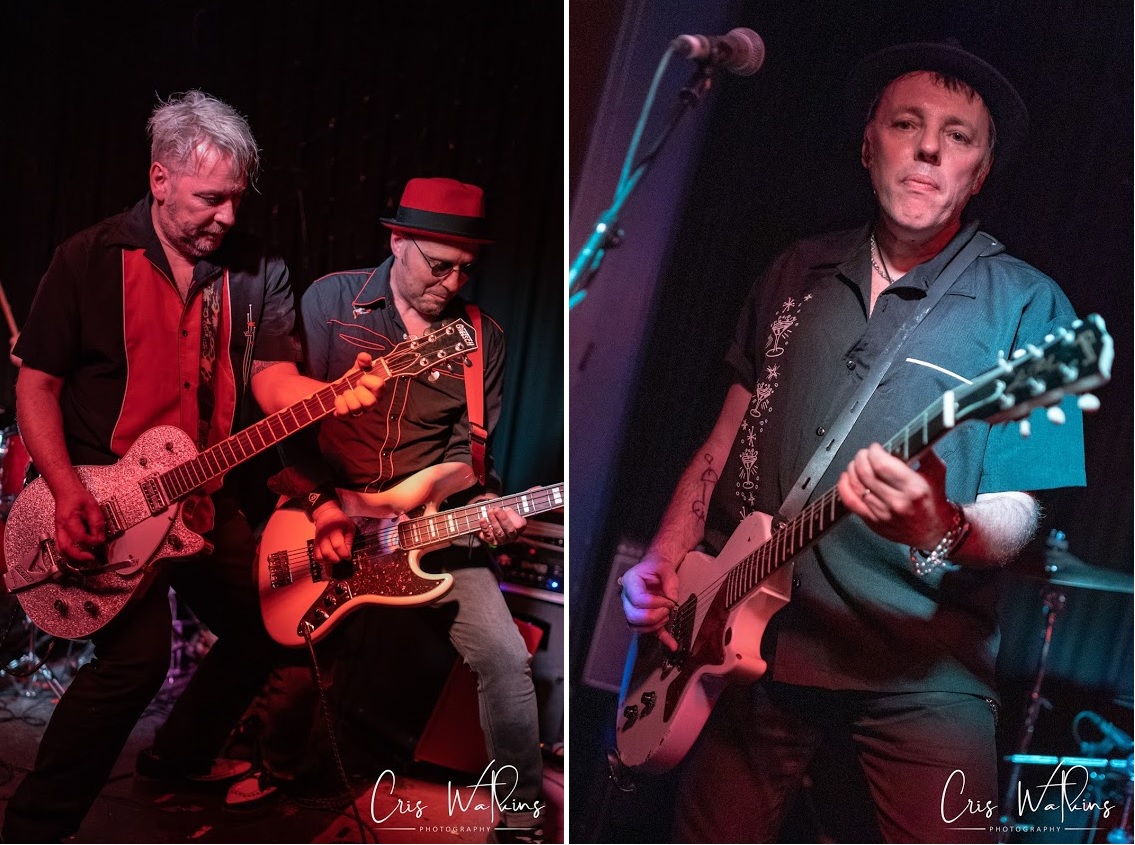 There’s no messing around tonight as they open with crowd favourites ‘No Pain No Gain’, ‘Jackhammer’ and then the unmistakable guitar riff kicks in of sing-a-long ‘New Set Of Wheels’, as I’m buffered back and forwards with the crowd trying to keep one eye on the stage and the other on the elbows of that big chap next to me! 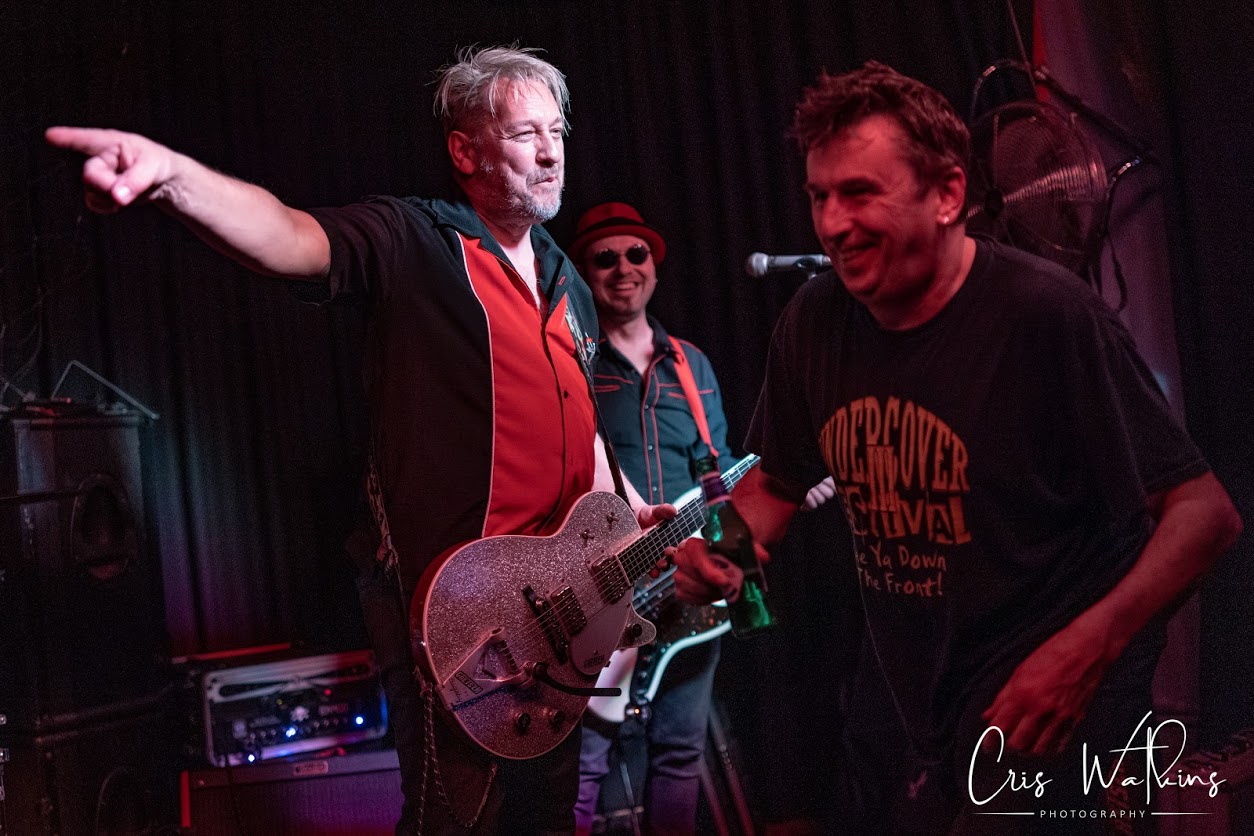 The Johnny Cash feel of ‘Big Black Sack’ is absolute gold live and seamlessly dips into the Clash’s ‘Guns Of Brixton’ for a bit of crowd participation. The songs keep coming and the WitchDoktors are on fire tonight, ‘Voodoo Eye’, ‘Movie Star’ the rock n roller fuzz monster ‘Tie Me Up’. It’s pretty obvious that The WitchDoktors really don’t do fillers, there’s not a weak spot in the whole set. 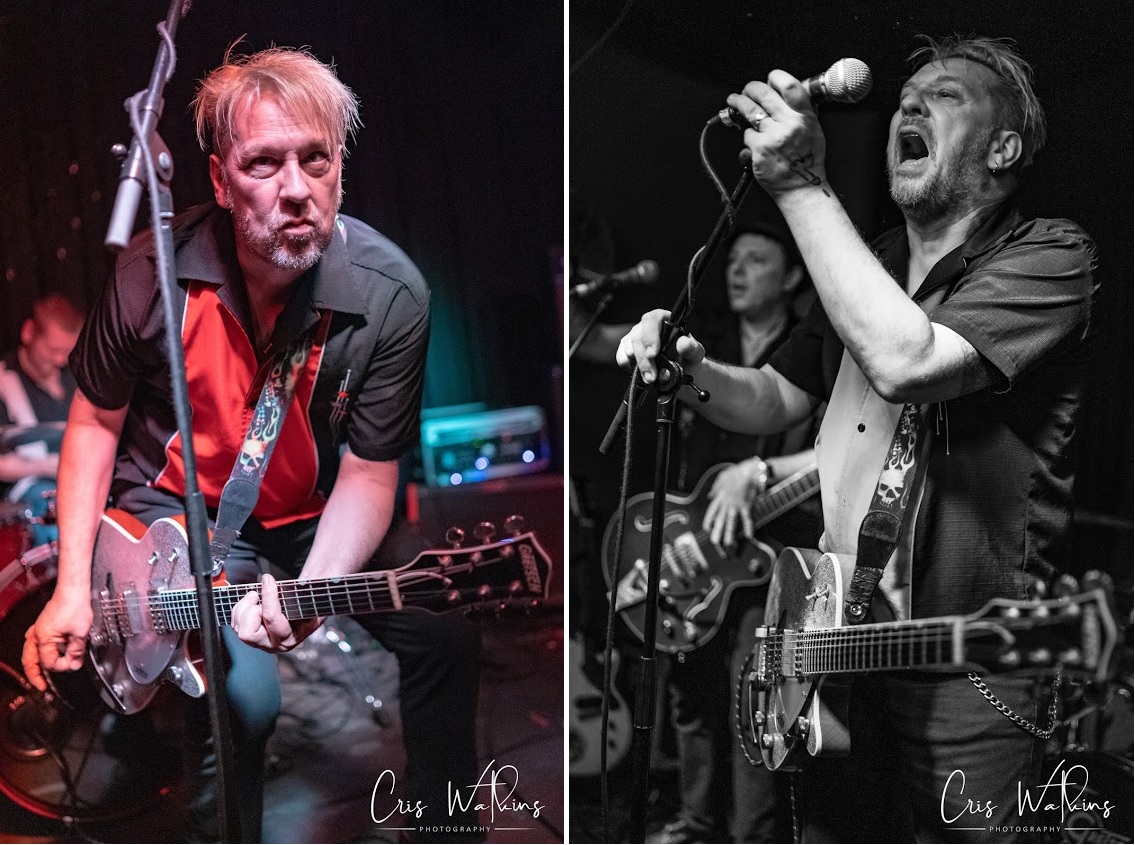 If you’ve been living under a rock for the past decade and not crossed the path of WitchDoktors, then it’s time to get on board, check them out next time they’re in your town, get the albums and get down the front! 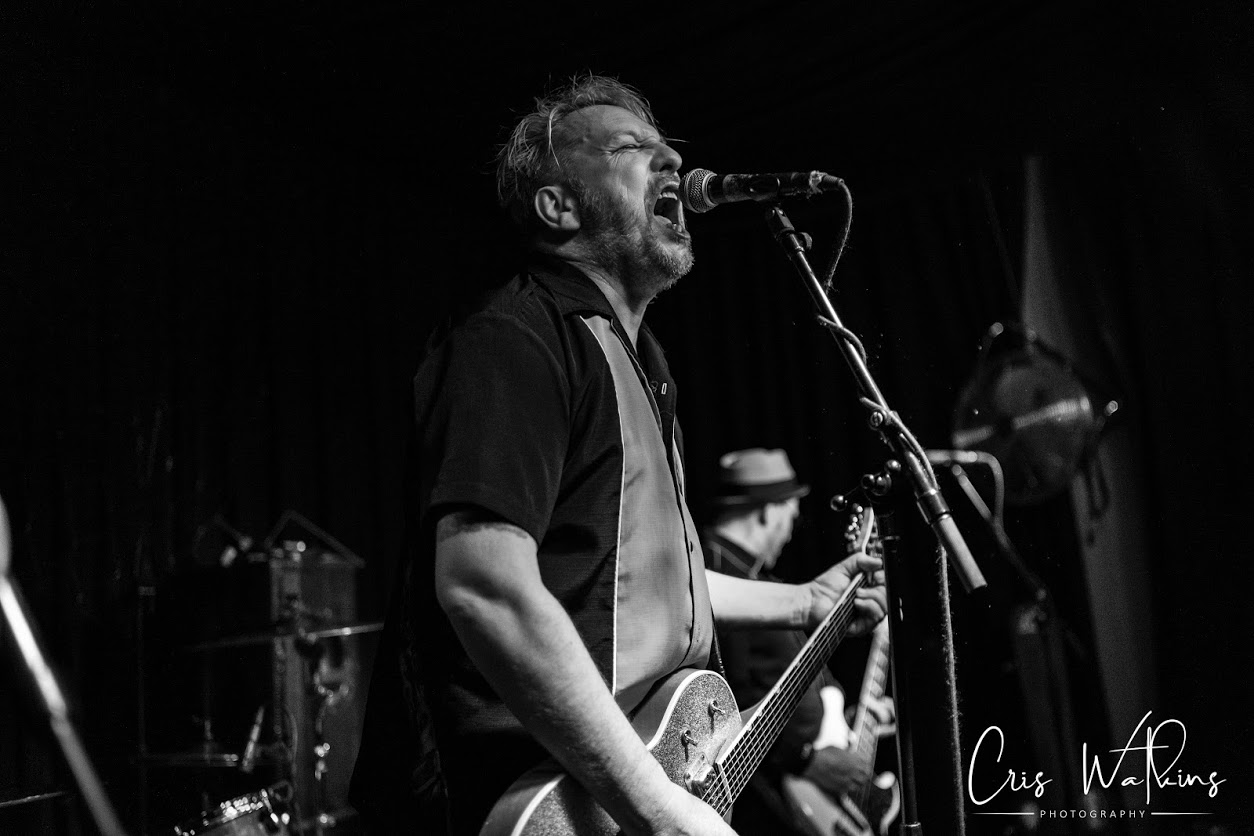 More on The WitchDokors HERE. 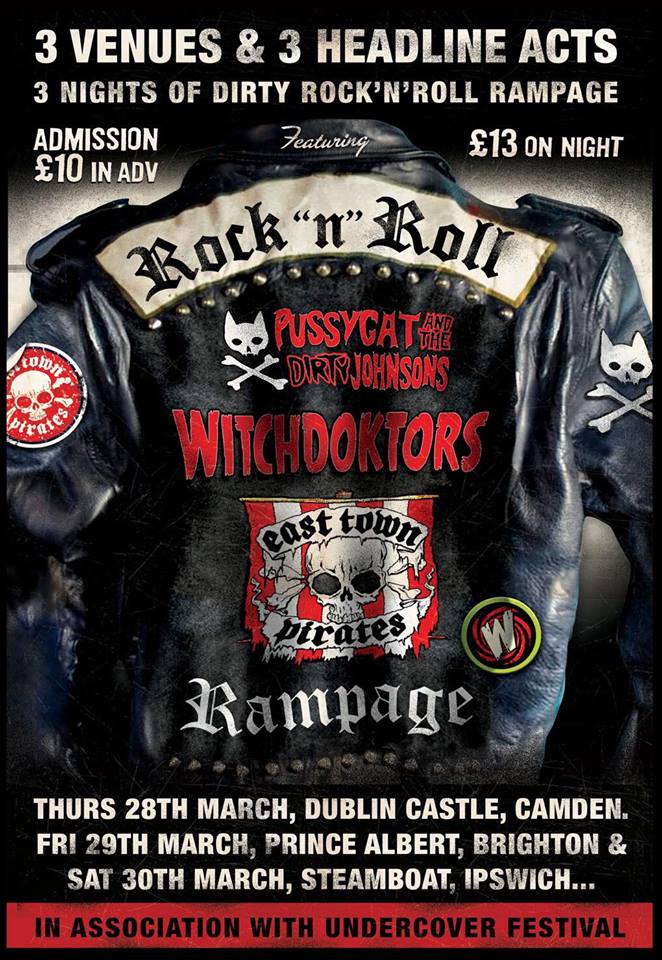 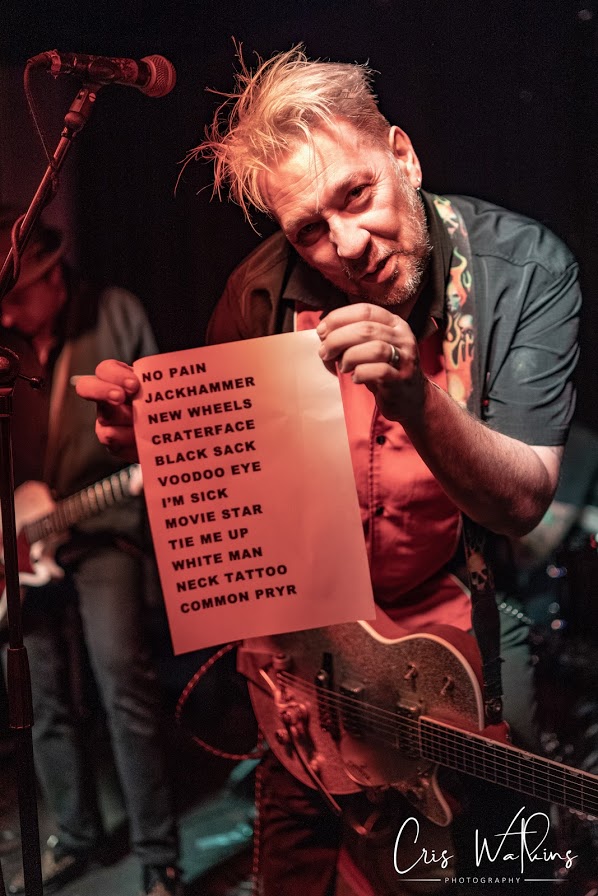