Two large student houses in East Brighton have fallen foul of planners after changes were made without permission.

The two properties were converted into seven-bedroom houses in multiple occupation (HMOs) despite being licensed for a maximum of five people.

As a result enforcement notices were sent to the owners of 1 and 3 Bristol Street by Brighton and Hove City Council.

But both appeals were rejected by planning inspector Diane Fleming.

The inspector’s report said that 1 Bristol Street was extended into a seven-bedroom property without planning permission.

The first HMO licence for the shared house was granted in 2008 for a maximum of five people.

In her report the inspector described the kitchen, dining room and attic bedroom as “insufficient”, lacking in space and, in the case of the bedroom, cramped.

She said: “The initial change to a small HMO would have altered the character of this area with more comings and goings from the property and patterns of behaviour different from typical occupants of a family dwelling.

“That change may have been minimal in terms of its impact or more significant but, over time, this change to the character of the area has been absorbed.

“However, it is my view that use by an additional two occupiers, while on paper appears insignificant, in reality has had an unduly harmful effect on the living conditions of neighbouring occupiers, having regard to noise and disturbance.”

Dr Shulman, the owner of 3 Bristol Street, also has a licence for five bedrooms. 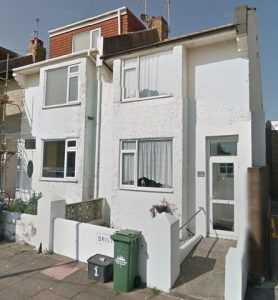 The planning inspector’s report described it as a short-term student let and said that the size of the communal and kitchen space was “below minimal standard”.

Ms Fleming wrote: “Detailed evidence has been put forward to demonstrate the harmful effects of a large HMO use on the living conditions of third parties who all live in close proximity to the site.

“While it is not known whether all the evidence is directly attributable to the change of use that has occurred at the appeal site, as opposed to 1 Bristol Street, it is my view that it warrants considerable weight given the location of the third parties, the particular details of the evidence and the character of this residential area.”

Neighbours in the area that includes Bristol Street and Bennett Road presented a petition against more shared houses to the council’s Tourism, Development and Culture Committee last July.

Since putting their case, tougher licensing rules – known as Article 4 restrictions – have been extended to cover the whole of Brighton and Hove.

The tougher rules mean that a property cannot be used as a shared house if 10 per cent of homes within a 50-metre radius are already HMOs.

The council is considering even tougher restrictions as it prepares a set of policies for a planning blueprint known as City Plan Part Two.