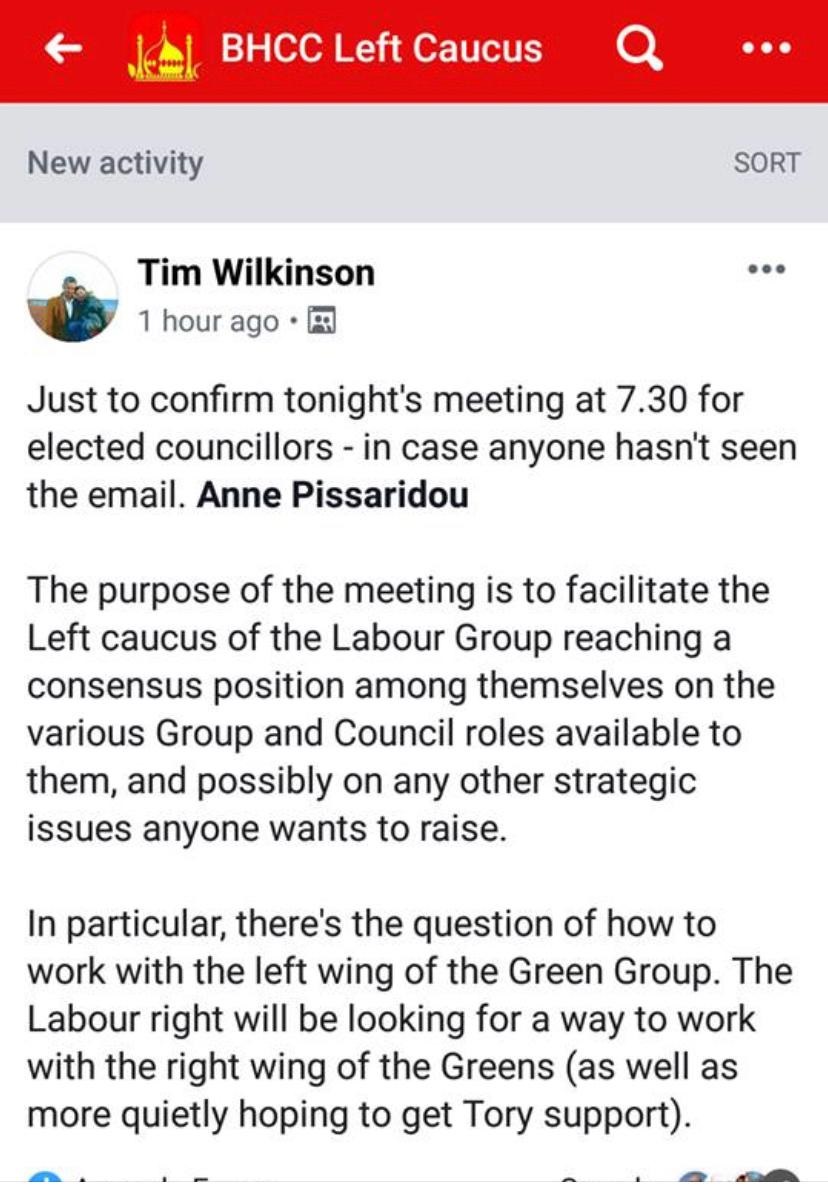 The “left caucus” of Brighton and Hove Labour’s newly elected councillors is set to try and forge closer links with the left wing of the Green group, a leaked Facebook post suggests.

The post, made in a secret Facebook group by Labour and Momentum member Tim Wilkinson, asked elected councillors to meet last night.

The meeting, he said, was to discuss a consensus on who should take various roles, but also how to work with the left wing of the Green group.

The post said: “Just to confirm tonight’s meeting at 7.30pm for elected councillors – in case anyone hasn’t seen the email.

“The purpose of the meeting is to facilitate the left caucus of the Labour group reaching a consensus position among themselves on the various group and council roles available to them, and possibly on any other strategic issues anyone wants to raise.

Among the roles due to be voted on by Labour’s new councillors are leader of the council following current group leader Dan Yates’ decision to stand down.

Other roles include chairs and membership of the council’s various committees.

Cllr Dan Yates declined to comment when asked about the meeting.

Chair of Brighton Pavilion constituency Labour party Jon Rogers is from the left of the party, but is not a member of Momentum. He said: “I am sure that many Party members, including councillors, will be meeting to discuss what to do following the local election results.

“The Labour Party is a broad church and groups of members often come together informally to discuss issues of mutual concern. Having been to many such meetings over forty years I fear that they are very rarely newsworthy!

“For the record, I very much welcome the proposals which Daniel Yates has made for joint working to achieve progressive and radical political outcomes which will benefit the people of Brighton and Hove.

“I’m sure the party will have more to say soon.”