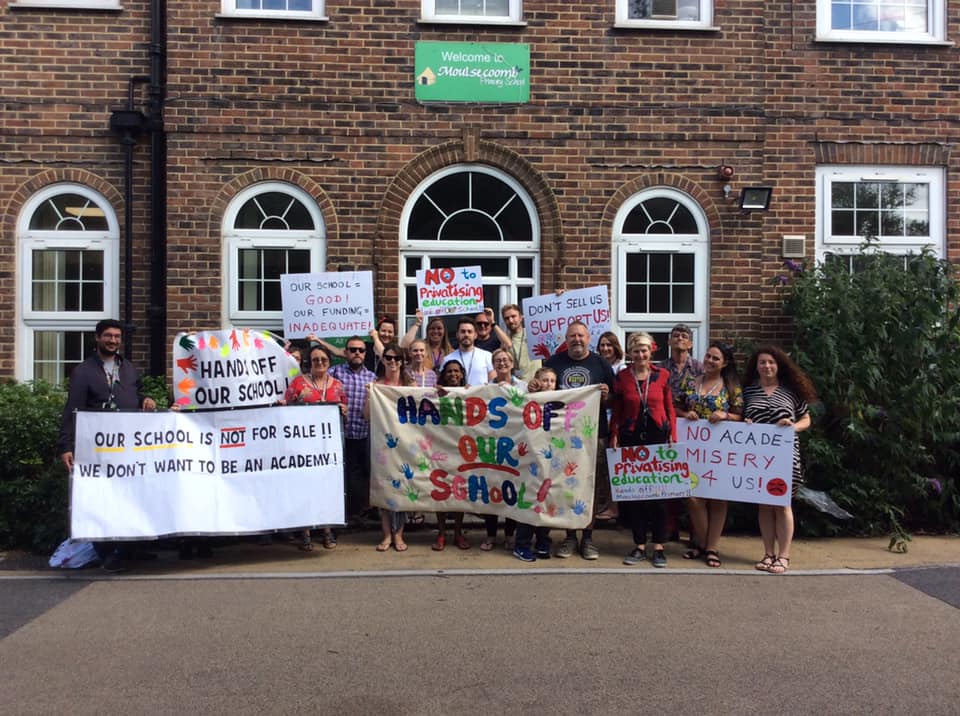 The Regional School Commissioner is pressing ahead with plans to turn Moulsecoomb Primary into an academy despite protests from parents, staff and politicians.

Almost 2,500 people have now signed a petition against the plans, which were automatically triggered by an Ofsted report which rated the school as inadequate.

Councillors from all three parties have opposed the plans, a march is planned for next Saturday, 13 July, culminating in a rally at the Level, and pupils have also recorded a protest song.

Despite this, representatives of commissioner Dominic Herrington told Brighton and Hove councillors at a meeting on Tuesday that the plans are still going ahead.

Councillor Nick Childs, who leads on education, is now planning to write directly to the Secretary of State for education, Damian Hinds, asking him to halt the plans.

He said: “We asked for a commitment from the commissioner’s team that they would accept and act on the outcome of a parental ballot.

“We also proposed reasonable time should be allowed for our school improvement plan to demonstrate more progress. They would give no such assurances.

“Instead they made their disregard for the views of local people and elected politicians very clear. More frustrating was their ideological obsession with privatisation as the only way to improve a school.

“This is in the face of clear evidence to the contrary when presented with the exemplary record of school performance in Brighton and Hove.

“We now have no alternative, as a council, but to write directly to the Secretary of State. We will be asking the Right Honourable Damian Hinds MP to exercise his powers to revoke the forced academy order without delay.”

During the meeting, councillors stressed the extensive support being given to the school, the quick changes being made, and the fact standards are already rising.

They also said the academy order would be damaging and disruptive to the improvements being made.

Next Saturday’s march will start at about 10am at Moulsecoomb Primary before heading down Lewes Road, past the Level, turning right at St Peters Place and up Ditchling Road back to the Level.

Once at the Level there will be speakers and a family picnic.