Concerns about safety on a busy Brighton road have prompted a petition to councillors. 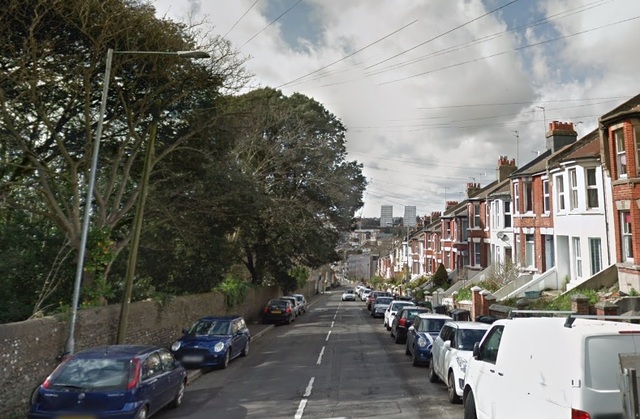 Kev Minney started the petition calling for a safety audit of Bear Road after a crash in July.

It was the last in a series of incidents that prompted him to set up the petition to go before Brighton and Hove City Council’s Environment, Transport and Sustainability Committee.

On Wednesday 17 July a police car hit a pedestrian and crashed into the fence of Little Stars Nursery in Bear Road.

Police were chasing suspected bike thieves who were later arrested in Bevendean.

The most popular option was a speed camera, with 53 votes, followed by speed hump, with 46 votes, and double yellow lines the full length of the cemetery side, with 39 votes.

Other options included widening the pavement, with 27 votes, and removing the pavement on the cemetery side and adding a pedestrian crossing, which had 25 votes.

His petition on the council website had 99 signatures at the time of going to press.

Mr Minney: “The accident was a strong reminder of how unsafe Bear Road is — though there’s no blame towards the police.

“Since starting this petition I have heard more stories of accidents, even deaths.

“The road generally has always been and feels unsafe for pedestrians and motorists.

“I hope they’ll carry out a full safe audit and then afterwards instal some measures to make the road safer.”

The petition can be viewed and signed at phantom.brighton-hove.gov.uk/mgePetitionListDisplay.aspx?bcr=1.

The next meeting of the council’s Environment, Transport and Sustainability Committee is due to start at 4pm on Tuesday 8 October at Hove Town Hall. The meeting should be open to the public.