Two senior councillors are calling for an independent report on concerns about school transport for vulnerable children after an internal audit failed to address the key questions.

They said that they were so troubled by the way that the matter has been handled that they were considering referring Brighton and Hove City Council to the Local Government and Social Care Ombudsman.

This would be a highly unusual step for serving councillors to take.

In a letter to council chief executive Geoff Raw, the two Conservative members said that, having asked for the internal audit, they had been given next to no input.

Their letter said: “At our request, (the council’s Audit and Standards Committee) authorised an audit into matters relating to school transport.

“Councillor Wares had one meeting with the Audit team on (Tuesday) 6 August 2019 to explain the audit request and answer any questions.

“We understand that on (Tuesday) 17 September, the audit report will be presented to committee for consideration.

“Other than the meeting referred to above, we have had no briefings on the findings / recommendations, no advance copy of the report and no invitation to attend committee to be able to speak to the report or even just to be told what it says.

“Several of our initial concerns related to the lack of information being shared with members, the lack of transparency, the secrecy and the outright disregard of the role of councillors by the administration and council.”

They cited another debate when they questioned the use of “urgency powers” – as were used in the school transport contract process.

The letter said that members were told to ask questions which officials and the council administration would later answer.

The letter from the two councillors said: “Almost eight weeks later no answers have been provided.

“The council with the administration seem to be choosing to obscure the issues and resist being transparent and open to scrutiny.

“The manner in which the audit report is being published, denying the requestors any chance to scrutinise and compile a considered representation, seems to be designed to further keep the matter secret and away from member and public scrutiny.

“(This) is not consistent with the principles for decision-making in article 11 of the constitution, including the presumption in favour of openness.

“We have no faith, given the circumstances, that the audit report can be truly considered independent and therefore request that this committee (the Audit and Standards Committee) instructs the matter be investigated by an external body.

“If constitutionally we were entitled to ask for a public inquiry, we would.

“This is not to question the professionalism of the audit investigation team involved but we believe the circumstances within which the report is being prepared are not conducive to independent scrutiny.

“It is also our intention to take further advice with a view to reporting the initial concerns and the audit to the Local Government Ombudsman.

“As the committee charged with overseeing compliance with the Code of Corporate Governance, a key aspect of which includes appropriate adherence to the constitutional decision-making processes, we would urge the committee to commission this third-party audit so that it can either satisfy itself that everything is being done properly or that any shortcomings are addressed.”

Their letter to Mr Raw is included in the agenda papers for the Audit and Standards Committee meeting which is due to take place next Tuesday (17 September).

Today (Tuesday 10 September), just under 24 hours after the agenda papers were published, Councillor Mears, a former leader of the council, and Councillor Wares said: “For the first time we have now seen the audit investigation report we requested into certain matters relating to the school transport scheme for children with special educational needs and disabilities (SEND) and vulnerable adults.

“We accept the findings of the report noting that the council has complied with procedures to implement the scheme. But that is where our acceptance ends.

“We do not challenge the professional and political impartiality of the audit team. 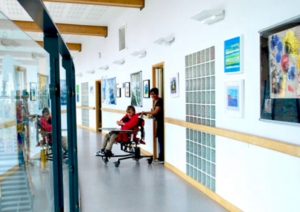 “However, the report has sought to answer the questions that it posed itself and not the underlying concerns we raised that was the essence of asking for the investigation.

“The report provides a number of summarised conclusions but fails to provide the evidence to substantiate them.

“It is the detail that everybody needs and wants for this audit report to have the credibility it seeks.

“To that end we have requested the Audit and Standards Committee to authorise a third-party audit that can fully scrutinise the issues.

“Now that we know constitutional and procedural processes are clear there is no reason, unless Labour wants to keep things secret, for the council not to openly disclose all the background information to the public.

“This council should open its files to disclose how the consultant was actually appointed together with what was put out to tender, what bids came in and how much the consultant is being paid.

“The council should disclose in full how the savings will be achieved if they are coming from existing budgets.

“If a business case was not necessary then open, transparent and detailed information should still be provided.

“All of this is in the public interest and we need to know how this council is managing the welfare and safeguarding of our special educational needs and disabled children and vulnerable adults.”

The letter from the two councillors and the audit report are due to be discussed by the Audit and Standards Committee at Hove Town Hall next Tuesday (17 September). The meeting is scheduled to start at 4pm and should be open to the public.