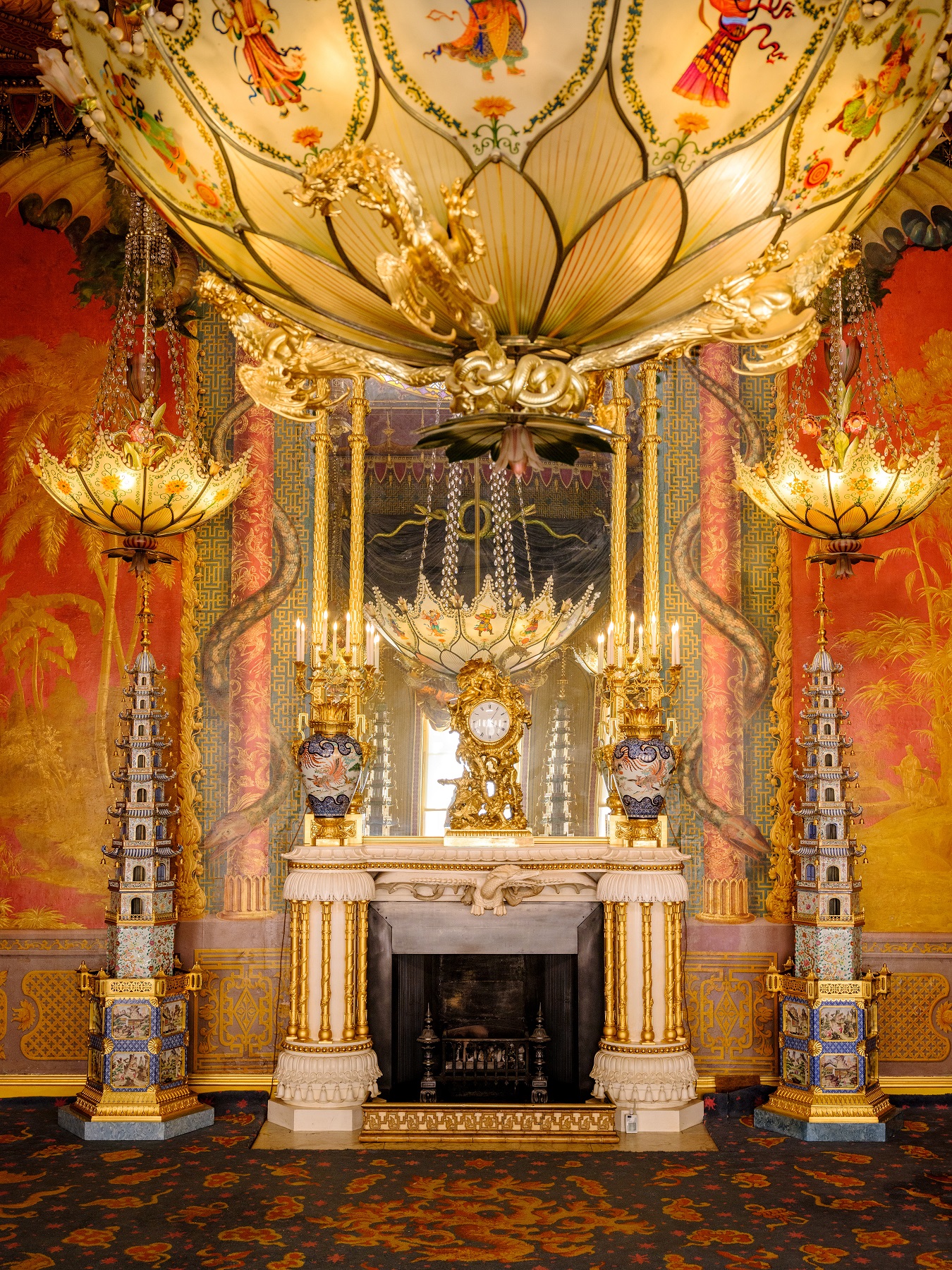 Spectacular items of art and furniture owned by George IV have been unveiled for the first time in 170 years in the Royal Pavilion this month.

The Royal Collection loan of more than 120 unique decorative items has been returned to the Royal Pavilion in Brighton & Hove while extensive building work is being carried out in the East Wing at Buckingham Palace. 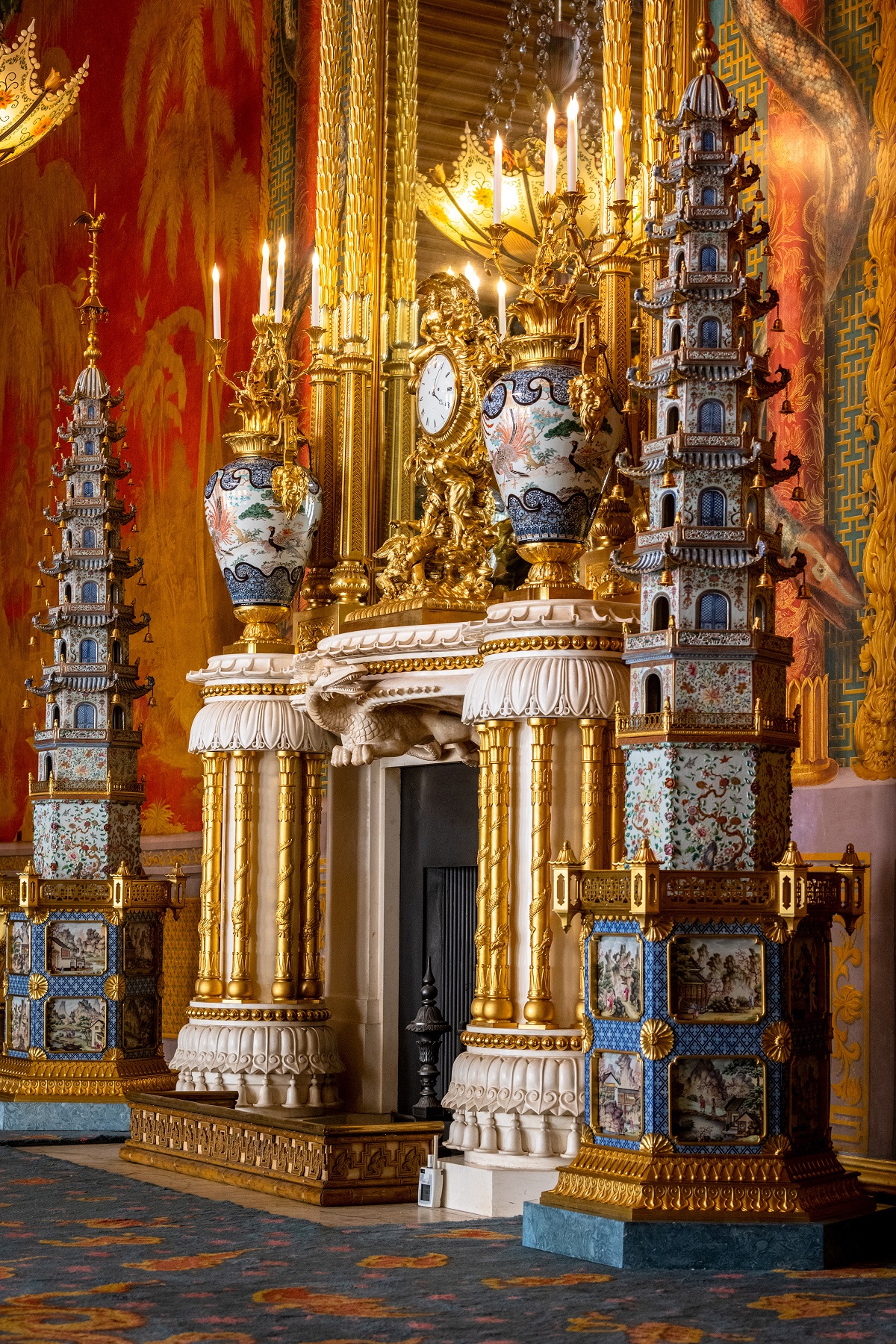 All the items were originally commissioned or bought by the visionary Prince Regent, who later became George IV, who transformed a former lodging house into an extravagant, exotic palace inspired by a romantic vision of Chinese and Indian design. For the first time ever visitors will be able to see how these stunning items would have looked in their former home.

A collaborative venture between Royal Collection Trust and the Royal Pavilion & Museums this unique project lasting two years will show the Royal Pavilion as it looked before the items were moved to Buckingham Palace by Queen Victoria in 1847. 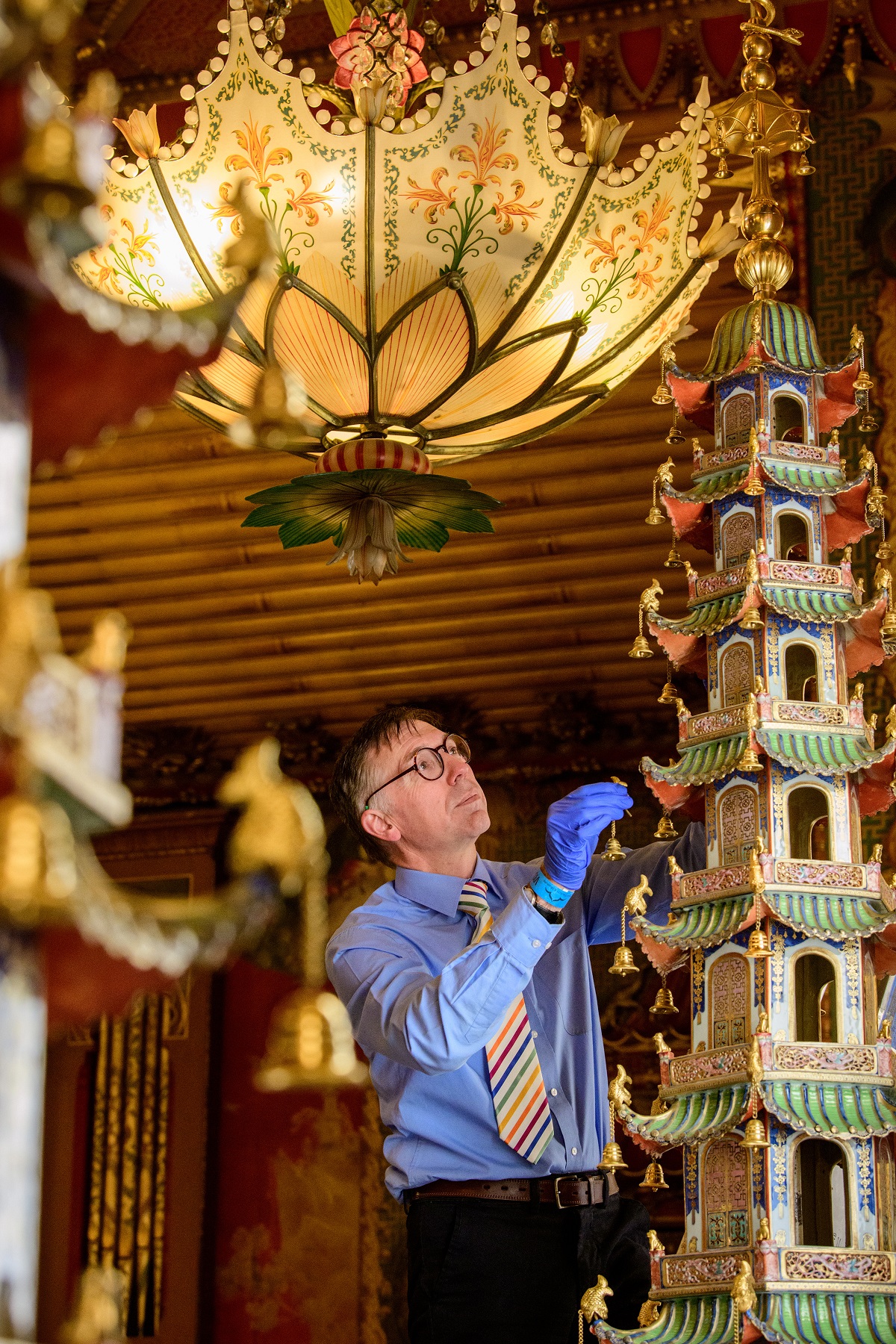 Keeper of the Royal Pavilion David Beevers said; “We are so thrilled to have these exquisite items on display to the public in the Royal Pavilion after more than 170 years. They have been on an incredible journey – many items have travelled from China and Europe to Brighton and then Buckingham Palace thanks to the intervention of Queen Victoria. There are wonderful stories surrounding each item and their significance to King George IV.

“Their return to the Royal Pavilion in Brighton where they were originally intended is of huge historical value to us. We are extremely grateful to Her Majesty The Queen for her generous loan of so many important items.

“The return of the items has taken months of collaboration with the Royal Collection Trust who have given us huge support with the installation and display of these major works of decorative art.” 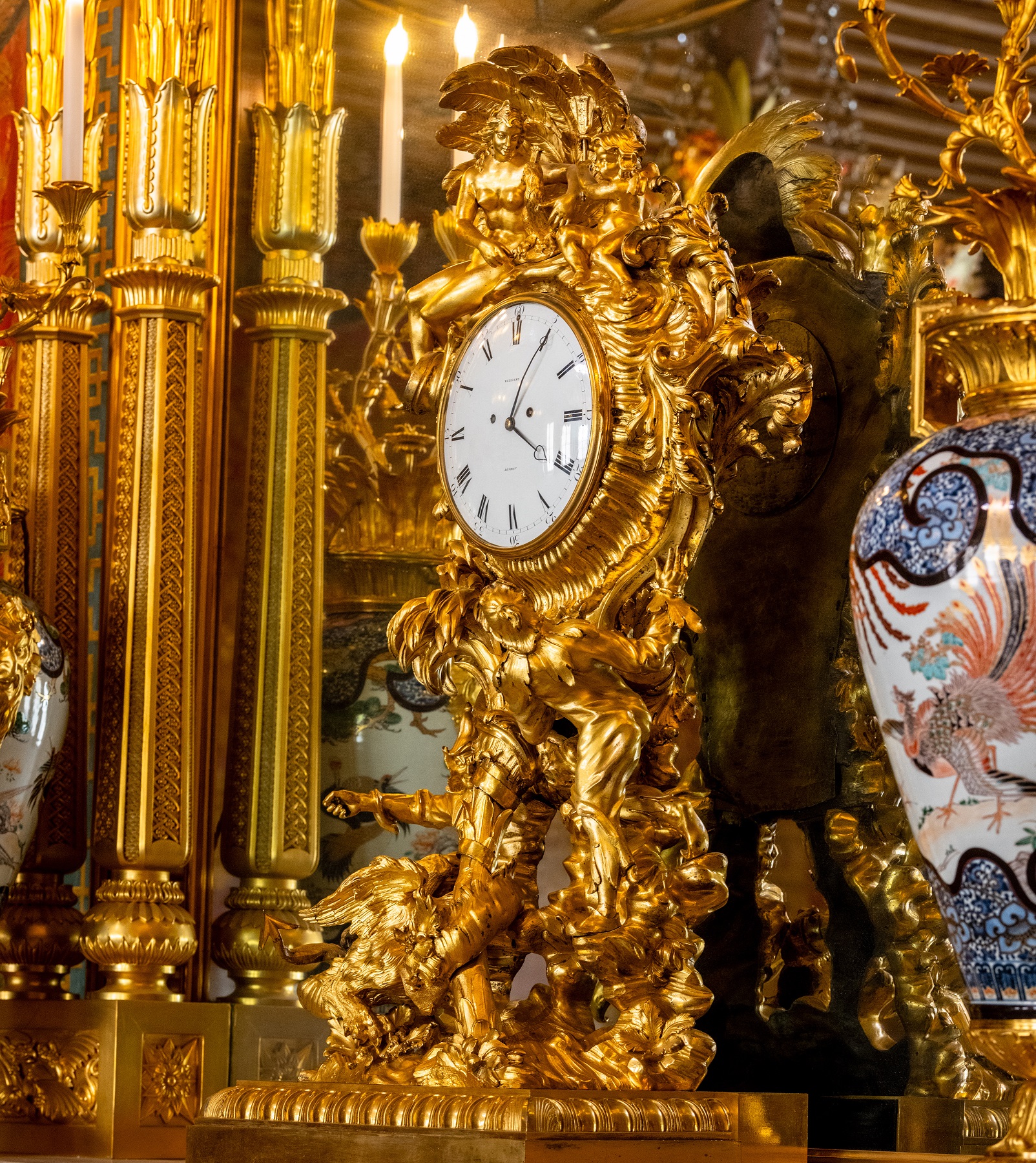 Councillor Alan Robins, chair of the Tourism, Development and Culture Committee of Brighton & Hove City Council said; “We are delighted to receive this generous loan from Her Majesty The Queen from the Royal Collection. I’m sure many of our residents and visitors to the city will be keen to see these splendid pieces in the ideal setting of the Royal Pavilion.” 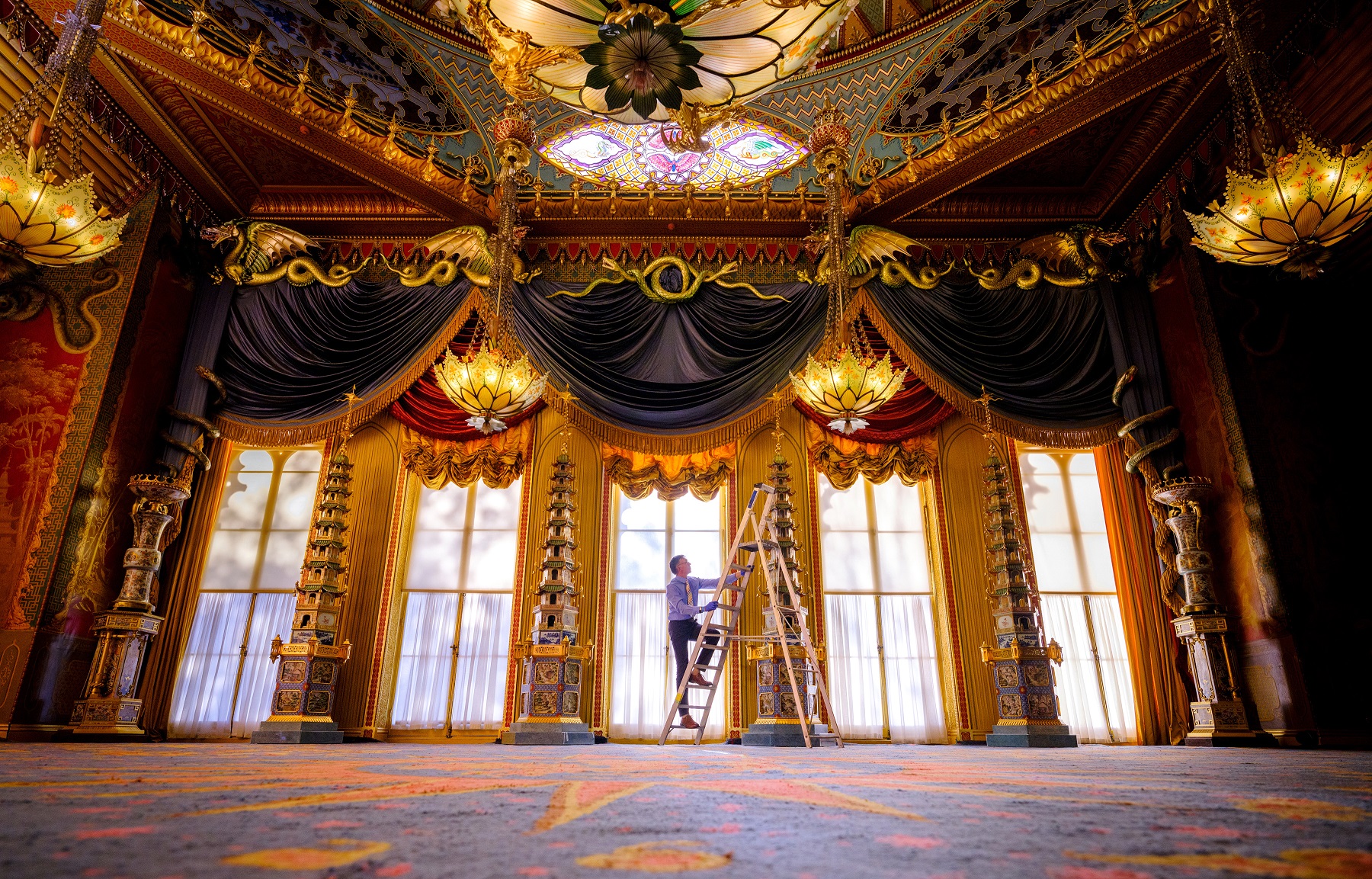