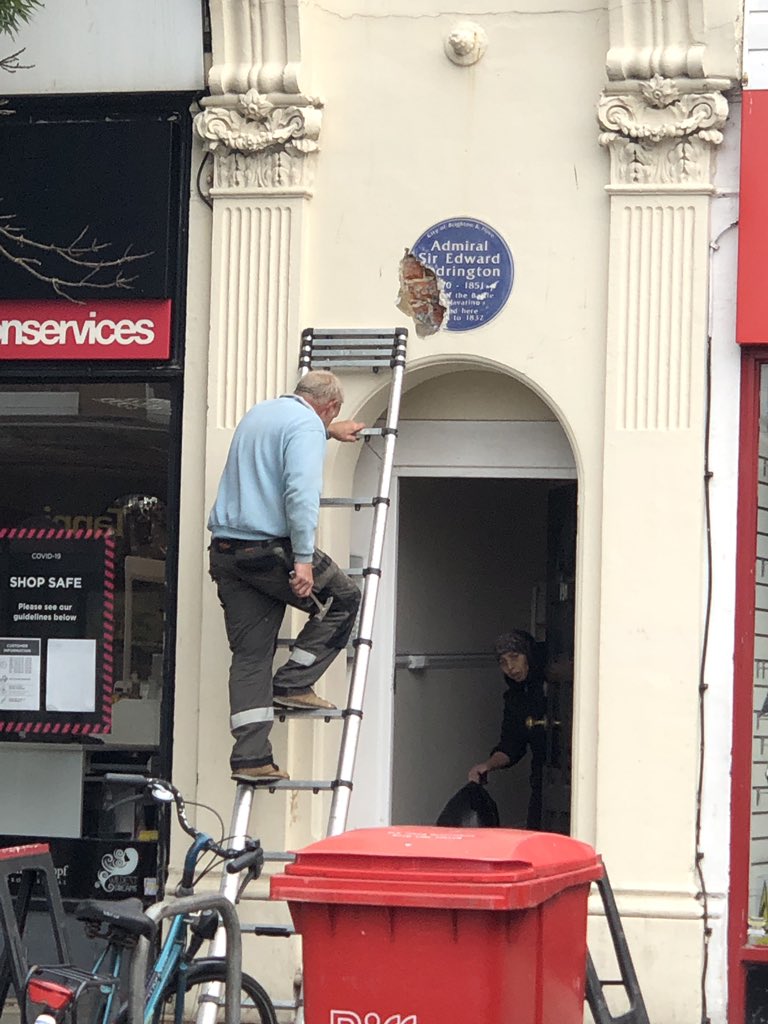 The plaque coming down. Picture by Tim Clapham

A blue plaque commemorating an admiral who was also a slave owner has been taken down this morning.

The plaque to Admiral Edward Codrington was being chipped away from its spot on Codrington Mansion on Western Road this morning.

It comes after an open letter identifying the Codrington plaque and another to William Gladstone – who early in his political career opposed the abolition of slavery – gathered hundreds of signatures ahead of being delivered to the council on Monday.

The managing agent of the building said he had consulted with the freeholder after being alerted to the possible offence it was causing yesterday afternoon.

The freeholder had agreed to take it down, and it was removed with a hammer by 8am this morning.

The agent said: “A chap strolled into our office yesterday afternoon and said about the plaque.

“We took some instructions from the owners and organised for it to be taken down this morning, just to make sure if doesn’t offend anybody.”

Yesterday, the council said it was reviewing all local plaques, statues, building and road names in response to the Black Lives Matter protests.

Becca Bashford, a student at Sussex who was one of the authors of the letter, said this morning: “I’m so glad this plaque has been removed so swiftly.

“It symbolises a part of British history which we should refuse to glorify, and doesn’t reflect the ethos of our amazing city.

“I look forward to seeing the council continue to listen to their community and make efforts to be actively anti-racist and anti-imperialist.”

Codrington was honoured with a plaque by the Brighton and Hove Commemorative Plaque Panel for being a hero of the Battle of Trafalfgar and Battle of Navarino.