Go-ahead given to new house in mews road 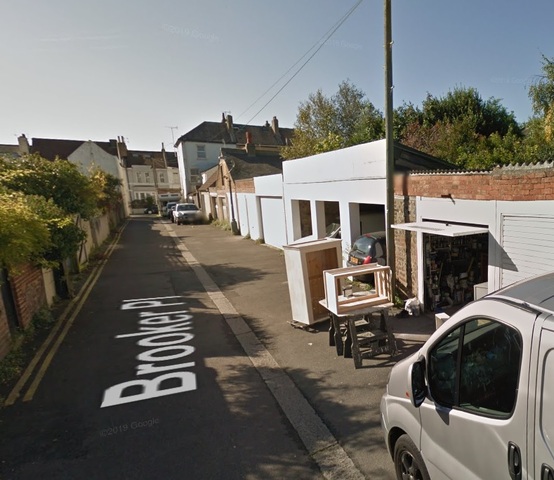 Plans to replace a garages in a small access road with a two-bedroomed single story house have been approved, despite neighbours opposition.

The triple garage at the back of 45 Sackville Road, Hove, faces on to Brooker Place, described as a mews street to access garages and the back gardens of houses.

Neighbours sent in 49 letters of objection to the plans raising issues of impact on the conservation area, parking issues and disruption to the wildlife habitat.

Speaking on their behalf at Wednesday’s Planning Committee meeting was Claire Perry-Riquet, who raised their concerns about parking and loss of trees.

One of the issues she raised was the potential for anyone living there to park in front of the building.

Ms Perry-Riquet said: “If any future residents start parking their car in front of the building you would not be able to get emergency vehicles up Brooker Place.

“It’s a third of the way up, there’s only one way up, turning is not feasible and it is difficult to get out.”

Central Hove councillor Clare Moonan spoke for residents and told the committee she was aware many were against the scheme.

She was concerned about the impact of the house on neighbours living in Sackville Road and Brooker Street.

Councillor Moonan said: “I ask the committee to think very carefully about the precedent this would set.

“What is decided here today will set a template for the street.”

In response to neighbours concerns he said the application would be a car-free development and any occupant would not be able to buy a parking permit.

The development has two access points, as a pedestrian access route is included in the plans to allow for bicycle and bin access on to Sackville Road.

Conservative councillor Joe Miller would not support the application. He was concerned about it setting a precedent in the conservation area.

He said: “I do not think the amenity for a small family is satisfactory.

“The design is not good. I don’t think it enhances the conservation area.”

His fellow Conservative councillor Tony Janio said even though he was sympathised with residents there is a need to find building space in the city.

“It is an obvious choice.”

Councillor Janio was backed my Green councillor Leo Littman, who said while he was sad about the loss of trees there were no planning grounds to refuse the application.

The Planning Committee voted six to two in favour of approving planning permission.