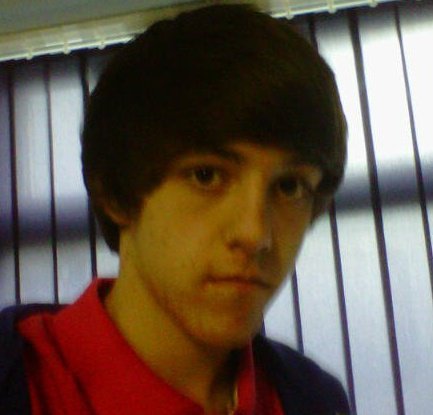 The ex-girlfriend of a man accused of strangling his partners during sex told a court how he controlled and abused her today.

The 29-year-old Brighton woman, who cannot be named for legal reasons, said that as well as physically assaulting her more than once, Neil Scott-O’Connor controlled her social media, what she wore and who she saw.

Although she knew how abusive he was, she said she was scared to leave him because of the threats he constantly made to her – and towards the end of the relationship, to kill her and her two-year-old son during an hour-long phonecall in which he ranted and raved at her.

Today at Brighton Crown Court, the woman told the jury about when she finally revealed what was happening to her family at Christmas after they questioned her about bruises on her arms.

She told her father’s girlfriend about how Scott’O-Connor had smashed a wine glass over her before punching her twice in the head and kicking her a few weeks earlier.

She said: “He was quite controlling. I told [my father’s girlfriend] about him being controlling and things I wasn’t allowed to wear – clothing that he would consider provocative or revealing.

“I didn’t often wear them but for example on Christmas Day the top that I was wearing was a white top with mesh sleeves. It was a body top with a collar, but he would consider that unacceptable. He would say that I looked like a whore.”

She went on: “By that time I wanted to leave him but I was scared of him hurting me. I thought he would kill me because of the way he was, because of what he threatened to do to me if I ever cheated on him or left him.”

Just three weeks before, she had received a call from the police asking her to pick him up from Crawley custody cells after he was questioned over the assault on the 17-year-old girl – but they hadn’t told her what he had been arrested for.

She said: “He asked me when I picked him up did they tell you what I was arrested for. I said no.

“He said it was GBH but he said he didn’t know who he was meant to have hurt.

“Then he told me he thought it was me that had phoned the police because of what he had done to me but that made no sense because why would I come to pick him up?

“He started going through names and saying that it was another woman.”

She also told the jury that during their brief relationship, which ran from the end of September last year to January this year, she said he had told her to deactivate her Facebook, block a male colleague on WhatsApp who she had been too friendly to.

He also bombarded her with messages telling her to change her WhatsApp profile picture to one including him.

She ended up sending him screenshots of text messages on her phone to prove she wasn’t cheating on him and offered to give him her phone.

The court was also read a message from Scott-O’Connor making reference to the length of his penis, 5.9inches, which the woman said he frequently mentioned and was insecure about.

After she finally went to police on 14 January, she also said she returned to her home one day to find her washing machine pulled out into the middle of the kitchen.

She believes that Scott-O’Connor, a household appliance engineer, was trying to frighten and confuse her, saying: “I was scared but I was mostly scared because I thought that he had been in the house and I didn’t know how to tell anyone because it was just another thing to make it seem like I was being crazy.”

The trial, which started on Monday, is also due to hear evidence from the 17-year-old girl who he allegedly attacked on 8 December after what the prosecution described as a “first date from hell”.

During the prosecution opening, the jury was told she went to Scott-O’Connor’s home in Partridge Green where he showed her a horror film featuring rape and choking fantasies, before strangling her during sex then assaulting her.

Two alternative charges for the choking have been put to the jury for each victim – one of attempting to choke for the purposes of sexual assault, and one of assault.

He denies all nine charges. The trial continues.