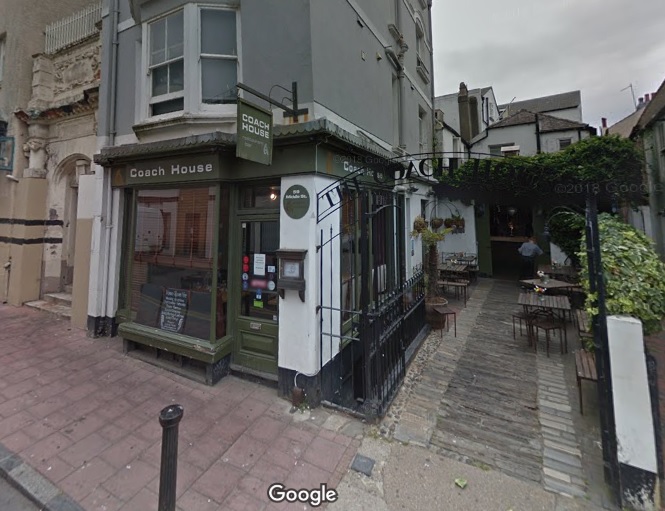 A father of the bride who lost his wedding reception deposit when The Coach House closed is taking ex-director Nikola Beric to court to try and get his money back.

Simon Wharne’s daughter Abbie and his now son-in-law Ollie were among about 20 couples due to have their receptions at the Middle Street pub when it closed with no notice on 8 May.

Mr Beric emailed all the couple to tell them spiralling costs and reduced business meant the company had built up huge debts and was no longer solvent, and the company had ceased trading.

Just days before, Mr Wharne had paid more than £3,000 by bank transfer after being called and asked to stump up the full cost.

Next month, Mr Wharne will argue at Hastings County Court that Mr Beric engaged in wrongful trading by keeping the company going – and taking customers’ money – despite knowing it was no longer solvent.

Mr Wharne said: “I don’t have any malice against Mr Beric. I’m persevering for the money but also for the principle. If nothing else, I’ll get a day in court and get to challenge him.

“I decided to take Mr Beric to court pretty much straight away – we looked at the situation and thought there’s something not right about this because the company hadn’t been put in liquidation.

“At the first hearing, the magistrate said if I am successful it would be damaging for Mr Beric because it would demonstrate liability.”

He added: “Abbie and Ollie had a really good wedding anyway – we had to think on our feet and get something set up and it was a lovely day.

“Abbie contacted all her friends and ended up booking the Loud Shirt Brewery who run a premises with a marquee. Abbie joked it can’t go wrong if we organise it in a brewery.

“After the initial stress and inconvenience everyone rallied round and it was a great day in the end.”

The day before The Coach House announced it was closing, both Mr Beric and company secretary Timothy Johnson, the owner of the Blackberry Woods campsite, resigned, leaving no remaining officers.

However, the company did not enter voluntary liquidation, leaving its former employees and debtors with little official recourse to recover any of their lost money.

Today, a notice to strike off the company was filed with Companies House and both Mr Wharne and at least one former employee have objected to this.

At next month’s hearing at the small claims court at Hastings County Court, Mr Wharne will also talk about a previous company owned by Mr Beric, Slonecorp Limited, which ran The Coach House before it was dissolved by Companies House.

Mr Beric has since started a new company, Brewjam Limited, which lists its activities on Companies House as event catering.