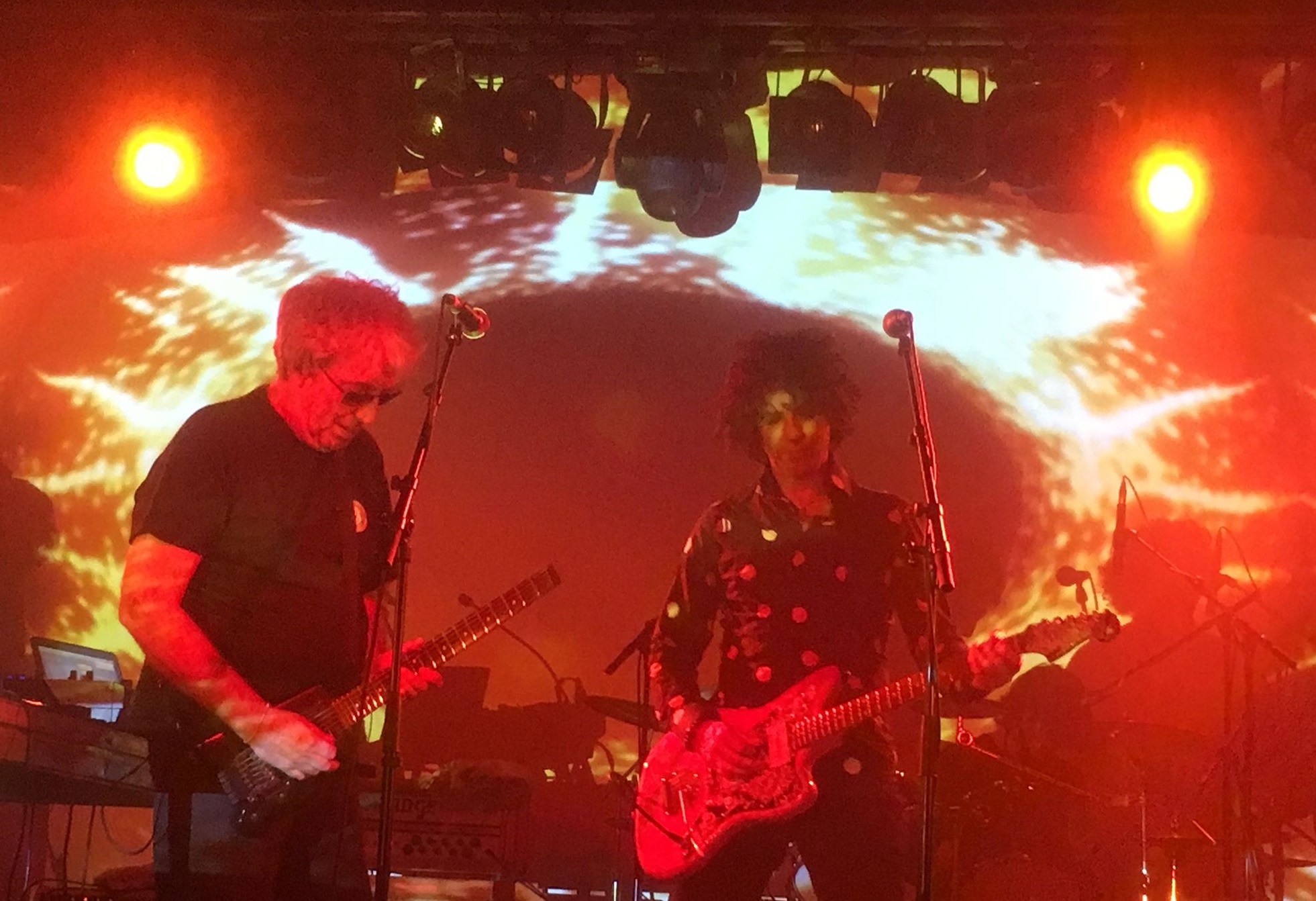 Although tonight at the Concorde 2 in Brighton, Gong were supporting Steve Hillage, in reality it was more of a co-headline arrangement. The main question of the night for me was whether Gong could still exist without founder member Daevid Allen. I’m glad to report that the answer to that question is unequivocally in the affirmative.

Whilst Daevid Allen was the last surviving original member of Gong, all of the musicians on stage tonight were in the band alongside Daevid. In many ways, however, it doesn’t really matter who is in Gong, as long as the members keep the spirit of the band alive, which they do.

The only real tip of the hat to their past is the inclusion of ‘You Can’t Kill Me’ from 1971’s ‘Camembert Electrique’. The other songs played are more recent, including a couple from 2016’s ‘Rejoice! I’m Dead!’. Their set really feels like travelling in a time machine back to the 1970’s, when life seemed far simpler than it is now, and people cared about real things rather than how things appear. Hopefully this line-up will have a great future. 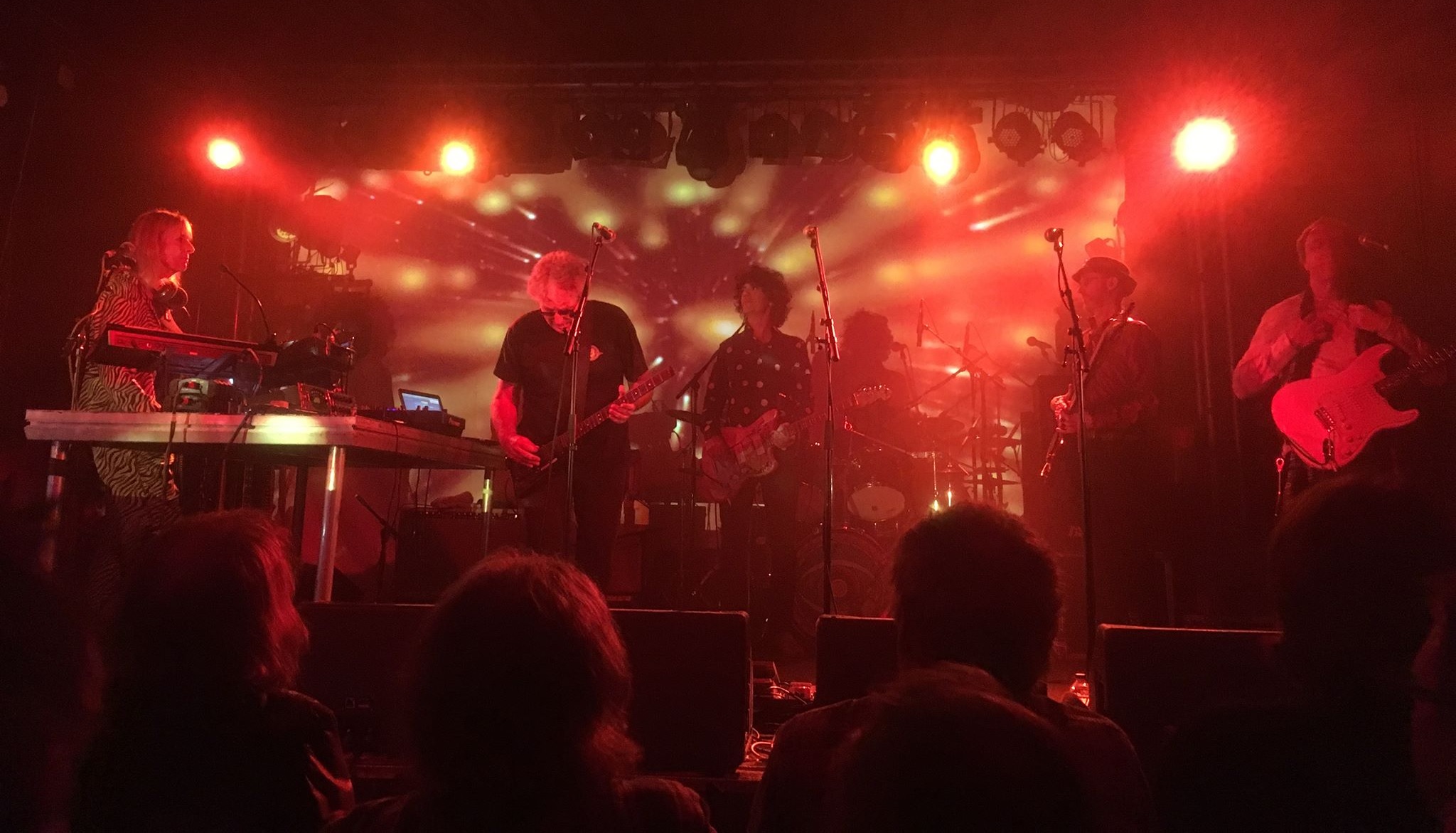 For Steve Hillage’s set Gong come out again to act as his backing band. They are also joined by his partner, Miquette Giraudy. In the early 1990’s Steve Hillage and Miquette Giraudy formed the ambient dance act System 7. Steve seemed to have left his 1970’s and 1980’s guitar work behind him, and I’m sure that I am not the only person here tonight who thought that they would never have the chance to hear that material played live, and had consequently grabbed the opportunity to be here by the scruff of the neck.

Steve proceeds to give us a guided tour of his rather splendid 1970’s back catalogue. His guitar playing throughout is positively inspired. Even if it wasn’t, there’d be no need to worry as he is accompanied by two other guitarists, not to mention Miquette Giraudy’s keyboard armoury. This isn’t Lynyrd Skynyrd though. Although the music rocks, it has the kind of cosmic quality that carries your mind to a far away place. Indeed, I did ponder at one point that it is probably illegal to enjoy this music in the ideal circumstances!

The material is split pretty evenly between Steve’s 1970’s albums, with highlights almost too numerous to mention. On particular highlight is actually a cover of The Beatles’ ‘It’s All Too Much’, which was written by George Harrison. What I’m going to say now will probably be seen as sacrilegious by Beatles/George Harrison fans, but Hillage’s version is far better than The Beatles’ original. Thank God none of you know where I live! ‘Sea Nature’ and ‘Ether Ships’ presented together as they are on the album ‘Green’ is another highlight.

Steve Hillage has been playing live for a very long time, and knows it makes good sense to save the best till last, and so he does for the two pairs of encores. ‘Light In The Sky’ from ‘Motivation Radio’ is paired with the very wonderful ‘The Glorious Om Riff’ from ‘Green’, which could have gone on for much longer than it did. In fact I really wouldn’t have minded if it had gone on until the next morning. Time seemed to be in suspension whilst it was being played. The second pair of encores coupled ‘Hello Dawn’ from ‘Motivation Radio’ with Gong’s ‘Never Glid Before’ from ‘Angel’s Egg’. It was a great way to close a very special gig.

There is no question that this show was an extended wallow in nostalgia, and frankly, with two bands on this kind of stunning form there’s nothing wrong with that, and I really hope that both Steve Hillage and Gong play some more shows. The real icing on the cake though, would be some new guitar music from Steve. Over to you Mr Hillage. 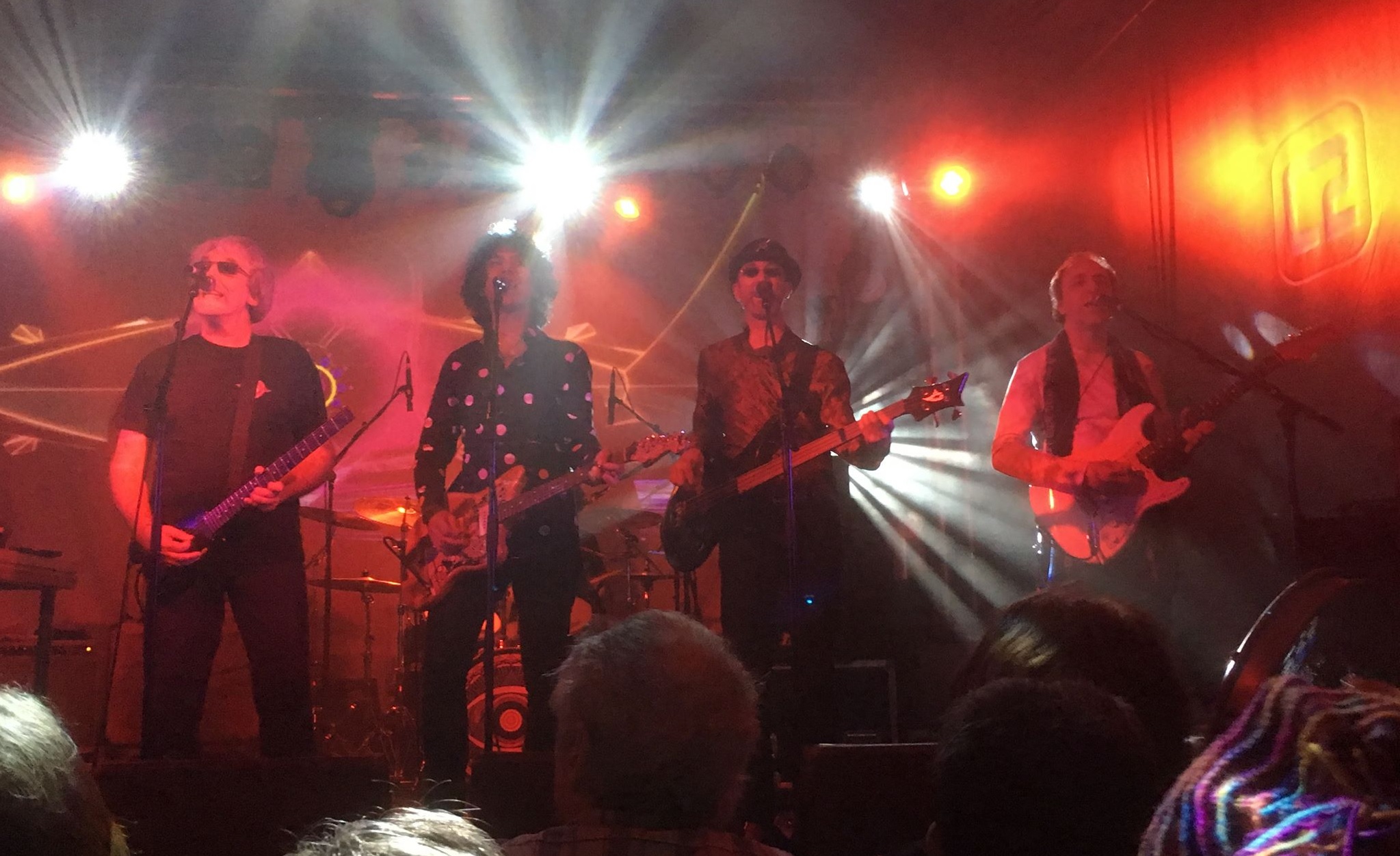 Find out more about Steve Hillage from his official website – www.stevehillage.com and further information on Gong can be found HERE. 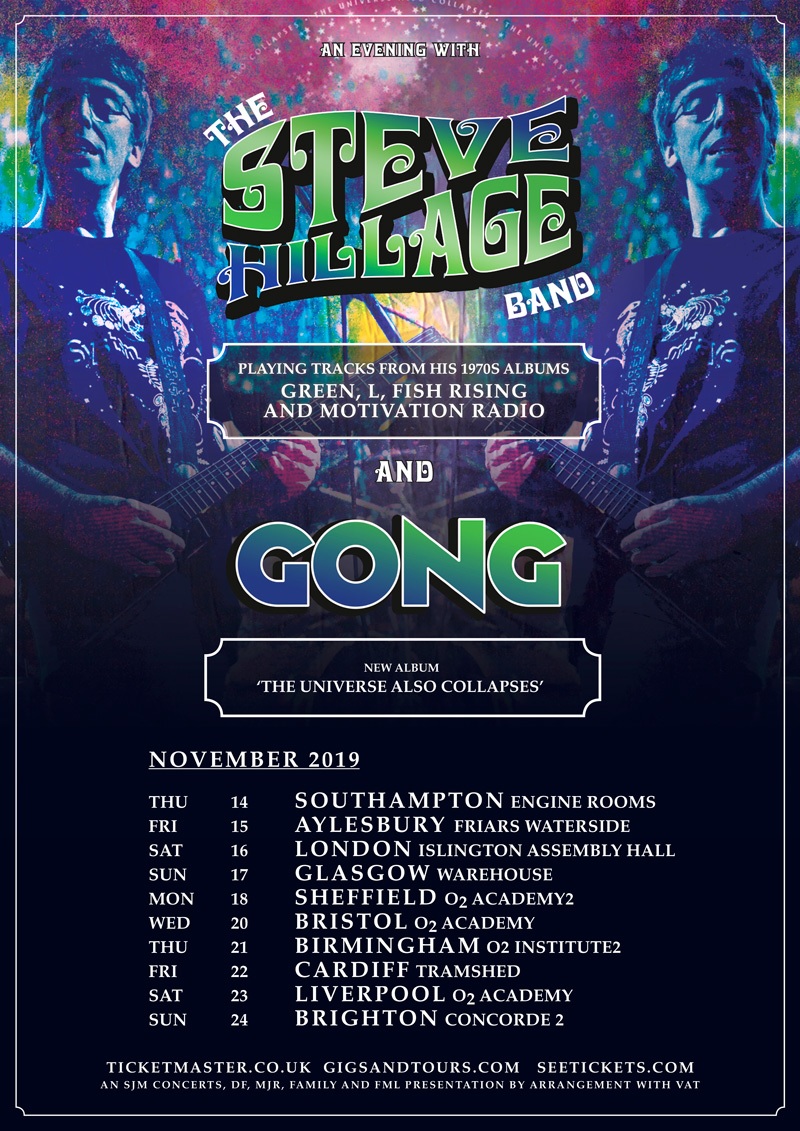 Fair dinkum to The Chats