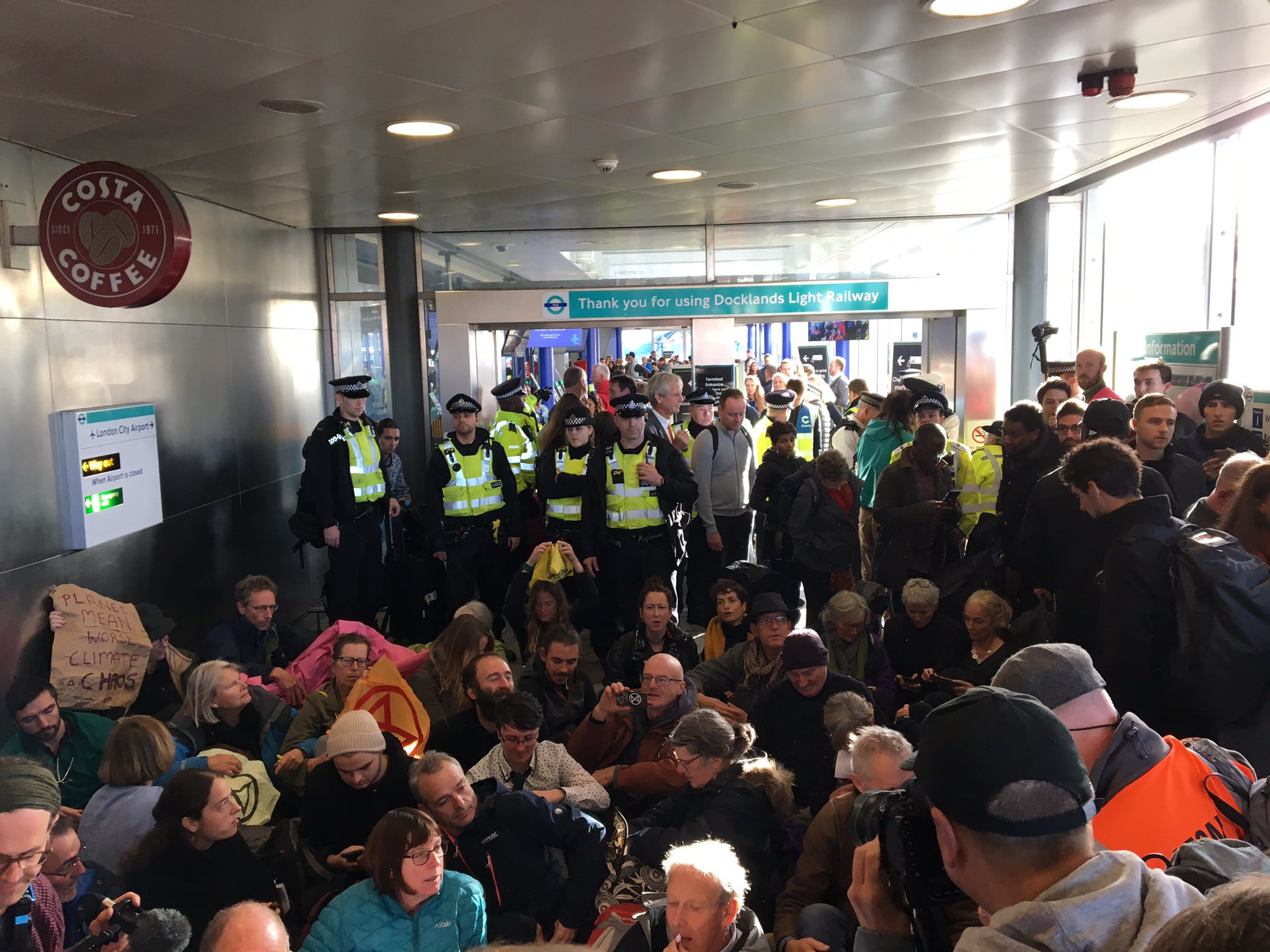 A court has cleared two Extinction Rebellion protesters from Brighton over a protest in London last October.

The pair were among five people arrested for glueing themselves to the concourse between a Docklands Light Railway station in east London and City Airport.

Claudia Fisher, 57, a businesswoman, and Phoebe Valentine, 23, a maths student, were acquitted after the police officer who arrested them missed the case for a holiday.

Deputy District Judge Vincent McDade dismissed the charges against them and criticised the Crown Prosecution Service for its abject failure to manage the case properly.

The CPS was said to have failed to give the police officer enough notice of the trial date.

The case was heard at the City of London Magistrates’ Court where last week Brighton councillor David Gibson was given a conditional discharge for his part in Extinction Rebellion protests in London.

The Green councillor defended himself and said: ““In court I argued that peaceful action was a proportionate and reasonable response to prevent governments sleepwalking towards the human suffering and species extinction that goes with global warming.

“I reminded the court of the Aberfan tragedy in Wales in the 1960s, in which a landslide buried around 100 school children.

“Had the engineers and scientists known of the danger, then the public would have expected the authorities to act to prevent the deaths. We do know about climate change and its dangers, the science is clear and has been for 30 years – yet carbon emissions are still rising.

“It is for this reason that many people are calling on the government to respond.

“The decision of a conditional discharge was expected- this is basically a payment of court costs. But, importantly, the judge and prosecution said that they did not dispute the science and the need to act.

“Time is running out, we need to be carbon neutral by 2030, and my view is that the government must provide additional legislation resources to achieve this.

“People here and around the world are already witnessing a climate in crisis, tomorrow’s children will suffer on a much more massive scale if we don’t act now.”