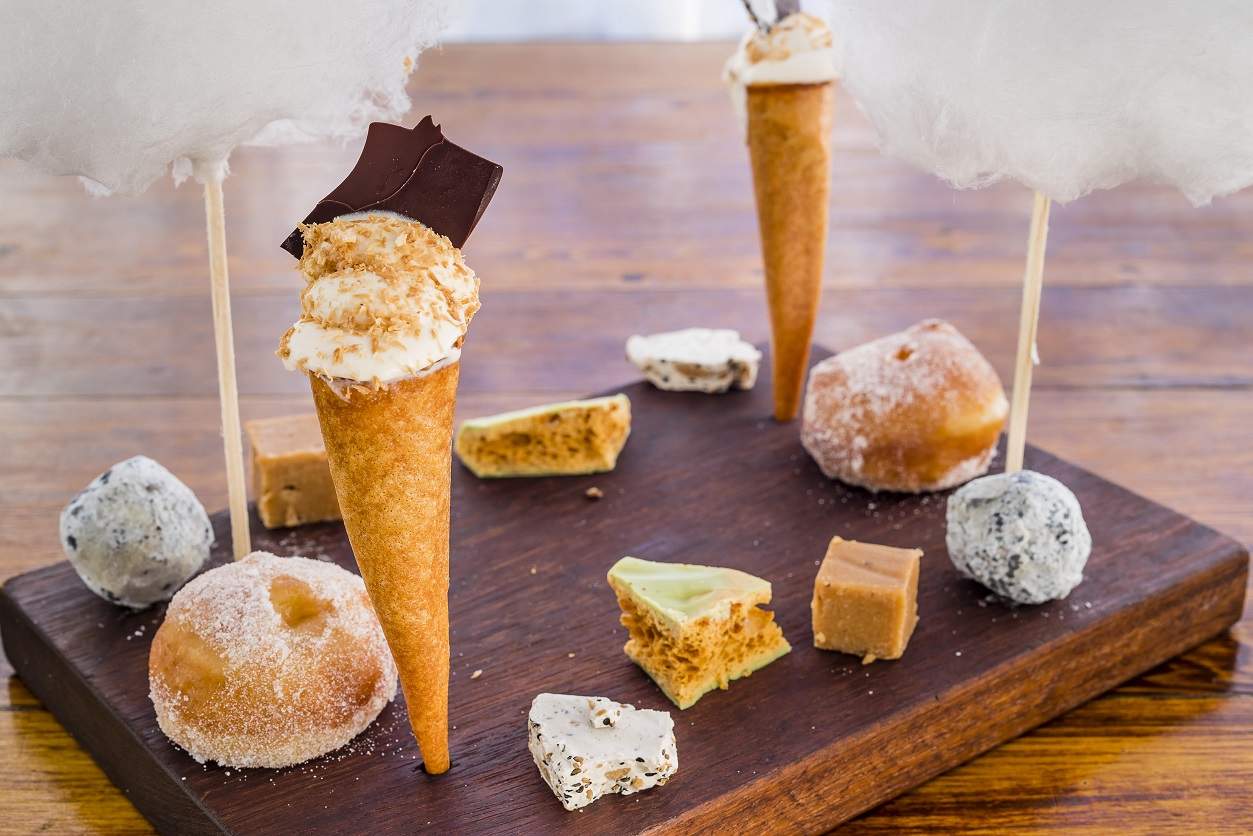 Taste of the Pier

A new chef is busy coming up with creations to replace Brighton’s most photographed dish.

The Taste of the Pier dessert at The Salt Room on King’s Road has become a regular fixture on Instagram and Facebook since the fish restaurant first opened in 2015.

But its newly appointed head chef Lawrence McCarthy will be putting his own stamp on the critically acclaimed restaurant when his first menu is unveiled next month.

Lawrence McCarthy, formerly of two Michelin-starred Marcus Wareing at the Berkley, with six years at The Ledbury under Brett Graham, and most recently head chef at Michelin starred Tristan’s in Horsham, is working on an eclectic lunch and dinner menu, which pays homage to The Salt Room’s esteemed reputation for modern British seafood.

He said: “Cooking for me is all about simplicity. The simple pleasure of eating well sourced and quality ingredients is what The Salt Room is all about and I am really excited to be leading this kitchen.”

Founder Raz Helalat said: “We celebrate The Salt Room’s fifth anniversary on Thursday 20 February and we are so excited to welcome Lawrence and his new menu to Brighton alongside this landmark date.”

The new menu begins with snacks and raw, a range of small plates perfect to start the meal, including moreish bites such as mackerel ‘nduja & salted ricotta and spicy samphire bhajis with brown crab mayo.

This will be followed by the seafood, salad and light bites section where dishes such as scorched raw mullet with egg yolk, sake and finger lime show off Lawrence’s passion for bold flavour combinations and using the freshest local produce.

For those dining in large groups, the menu will also offer a range of larger sharing dishes cooked over fire plus signature seafood dishes such as the whole fried gurnard served with kimchi mussels.