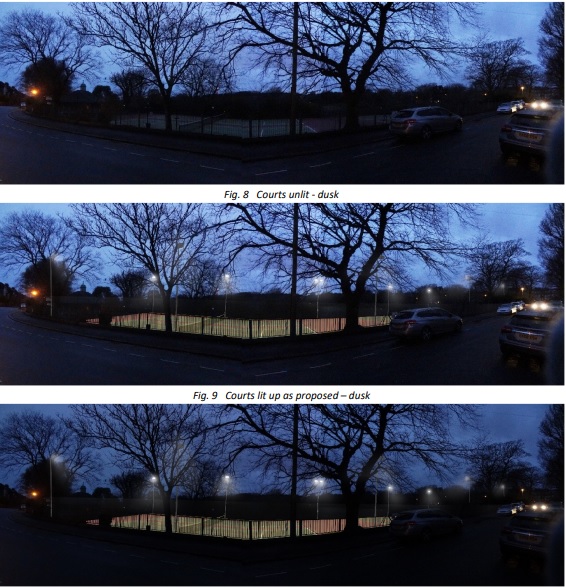 Queen’s Park Tennis Club wants to light its courts at night during winter.

The club, which leases the courts and clubhouse from Brighton and Hove City Council, has applied for permission to put up ten poles to light four of its six courts along East Drive.

It says its courts are used more than many other clubs – but it wants to get this even higher by extending the hours it can be used in winter.

The club is particularly interested in boosting the number of schoolchildren who learn tennis there.

Its coach Jimmy Smith said: “This proposal would significantly increase the coaching hours I can offer to members and visitors.

“Year-round on court lighting will allow me to kickstart a regular weekly after school coaching programme for local kids.”

In its application to the council, it said that the proposals were supported by the Lawn Tennis Association, who were quoted as saying: “The additional facilities will help this community venue provide a more relevant and accessible tennis facility for the local area and strengthen the ability of the club to provide tennis to the local community all year round.

“When looking at the profiles of those people who want to play there is a high number of people who are classed as working professionals who clearly only have the opportunity to play during evening and weekends.

“This provides further justification that floodlights are required in order to allow the club to provide the level of access that these players are likely to demand.”

The application, written by Jacob Chadwick Architects, said that since the clubhouse was refurbished and used more often, the amount of anti-social behaviour in that area of the park had also decreased.

“These lights are very directional and the spillage levels are now remarkably low.

“The lights will only be in operation when there is a confirmed booking for individual or group sessions, so they will be switched on and off by the ClubSpark computer system.

“In accordance with local regulations, the court lighting will not operate after 10pm.

“There is an acknowledgement that during the dark evenings, the feel of the street may change slightly, especially when all courts are in use.

“However, it is contended that the positive impact of the proposals will outweigh the negatives.

“The club has previously had problems with drug taking and rough sleeping in the vicinity of the clubhouse, which has already reduced as activity levels have risen at the club in the past two years.

“With increased intensity of use into evenings, this problem is expected to reduce further, due to the natural policing effect of having several club members on site for longer.

“The lit courts will give passers-by some entertainment – the temptation to look down on the courts from the naturally raised position of East Drive (as many do currently), but also, it will hopefully signify a much more visible, open invitation to anyone in the community that there is something for them to engage with, and – it may be said – at a much lower cost of most nearby private tennis clubs.”

So far, four people have commented in favour, while one has raised concerns about the effect of lighting on the park’s wildlife, asking for the lights to be switched off by 8pm or 9pm.

The club, which is run by a community interest company, currently has more than 200 adult members and about 50 junior members.

The plans will be displayed at the clubhouse from 10am to midday on Saturday and Sunday mornings.

Daily coronavirus updates given to medics in Brighton and Hove