Brighton gets tuned into Japanese Television 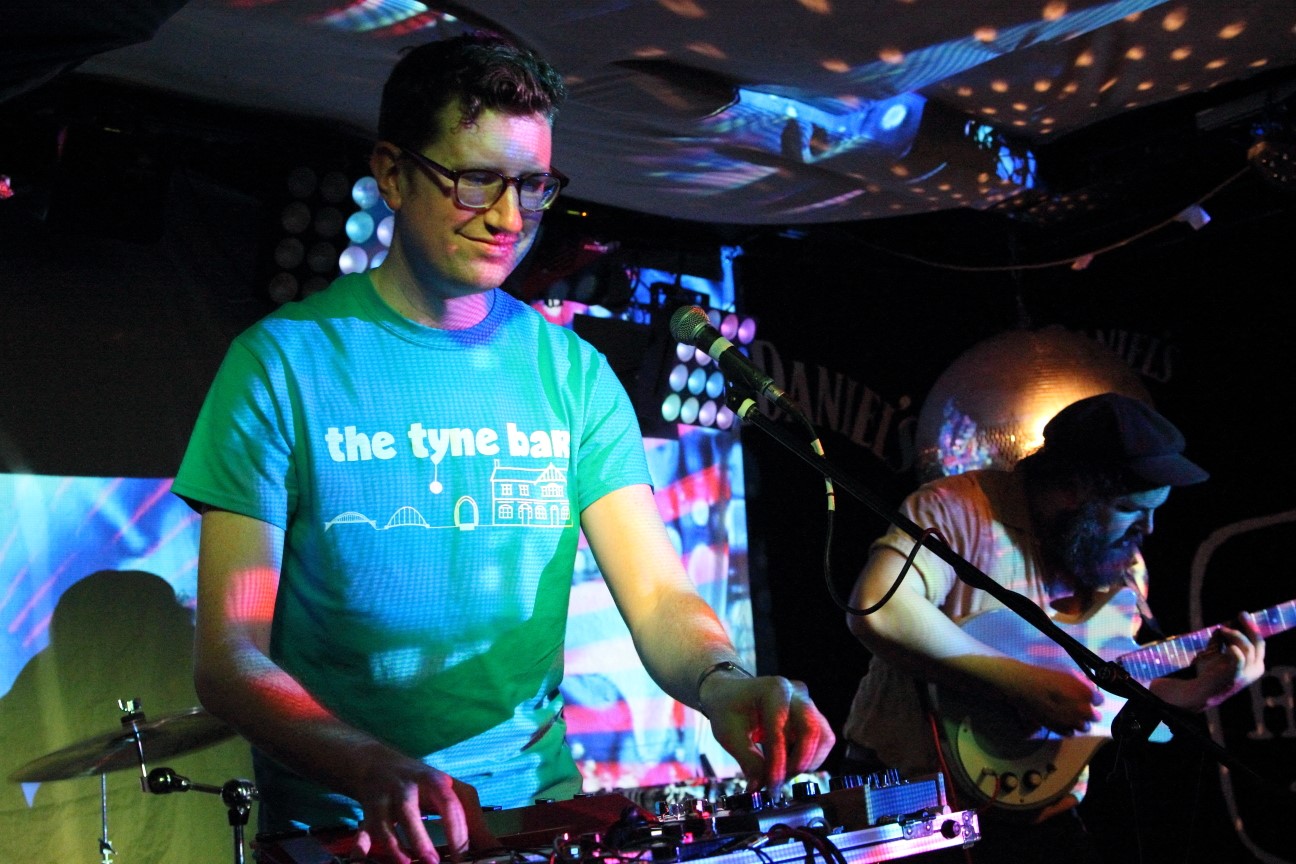 It’s an absolutely grim night of weather in Brighton as storm Dennis ploughs its way through the city. The lashings of heavy rain and wind haven’t seemed to dampen the fan’s spirits who are all extremely keen to see London based Japanese Television play a sold-out show at The Hope & Ruin this Saturday.

Creating modern space-surf soundscapes, the band is consistently pushing the boundaries of what psychedelic music can be. They are being supported by Melt Plastic Group and The Psycho Relics. There is also a light show produced by the wonderful Innerstrings who also performed at The Lewes Psychedelic Festival. Tonight’s event is being organised and promoted by the incredible Acid Box Promotions. 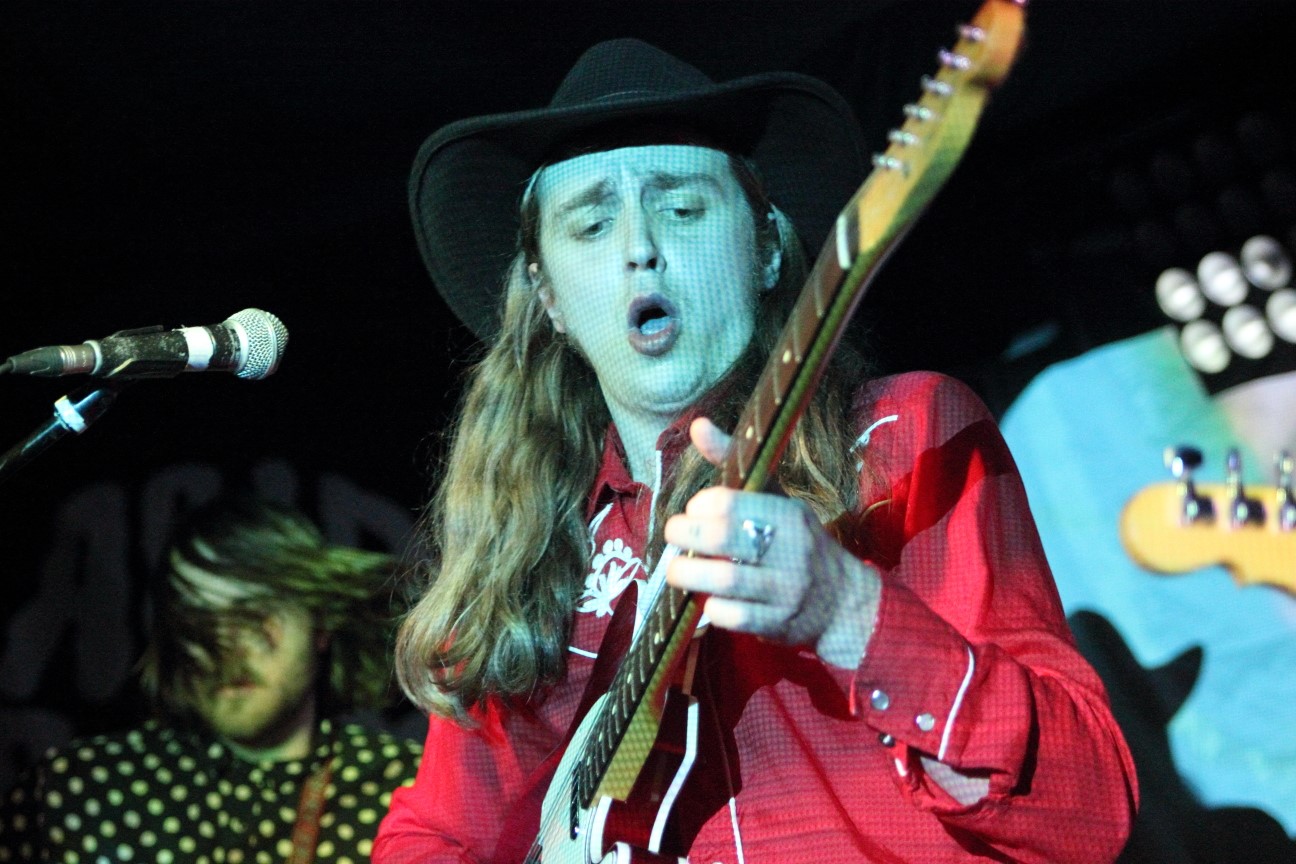 The Psycho Relics
First to the stage at 8:30pm is The Psycho Relics. A five-piece from Brighton that is producing some of the most enjoyable and interesting psychedelic music I have heard for quite a long time. Their sound is robust and starts off with a more western theme to the music which produces some really captivating sounds, kicking off the night well.

The band consists of Harrison Baird-Whitman (vocals/guitar), Joseph Devine (guitar), Daniel Stirrat (bass), Ed Prideaux (keys) and Sam Morley (drums). They are donning some fairly distinctive outfits, including frontman Harrison wearing an westernesque outfit with a cowboy hat and red shirt. Drummer Sam is in a rag jumper of all colours.

The band uses a line up of two guitars, a bassist, keys and drums to great effect. The tempo tightens and speeds up within the second song (‘Visions Of Rapture’) injecting more energy into the venue. The light show being projected behind them by Innerstrings is mesmerising as the ink swirls and contorts in time with the music.

The vocals of the band are bombastic yet completely in control, reminding me of stuff similar to the stellar Ty Segall. The band’s music constantly changes style producing a really fun mix that commands the attention of the audience throughout the thirty-minute set. They have the weirdness factor that really makes bands exemplary within the Psych genre.

The last song of the set two dancers are brought on stage which seemed a bit gratuitous but was still a nice touch and adds even more fun into their performance, their moves and outfits were very cool, to say the least. The last song (‘No War’) really channels the vibe and sound of earlier 60’s and 70’s psych-rock movement, playing an accurate homage to what has come before them. They finish to applause and whoops as they leave the stage.

I was surprised to find out later that this was their first gig for an audience. These guys really have a lot of potentials to go places sonically and figuratively 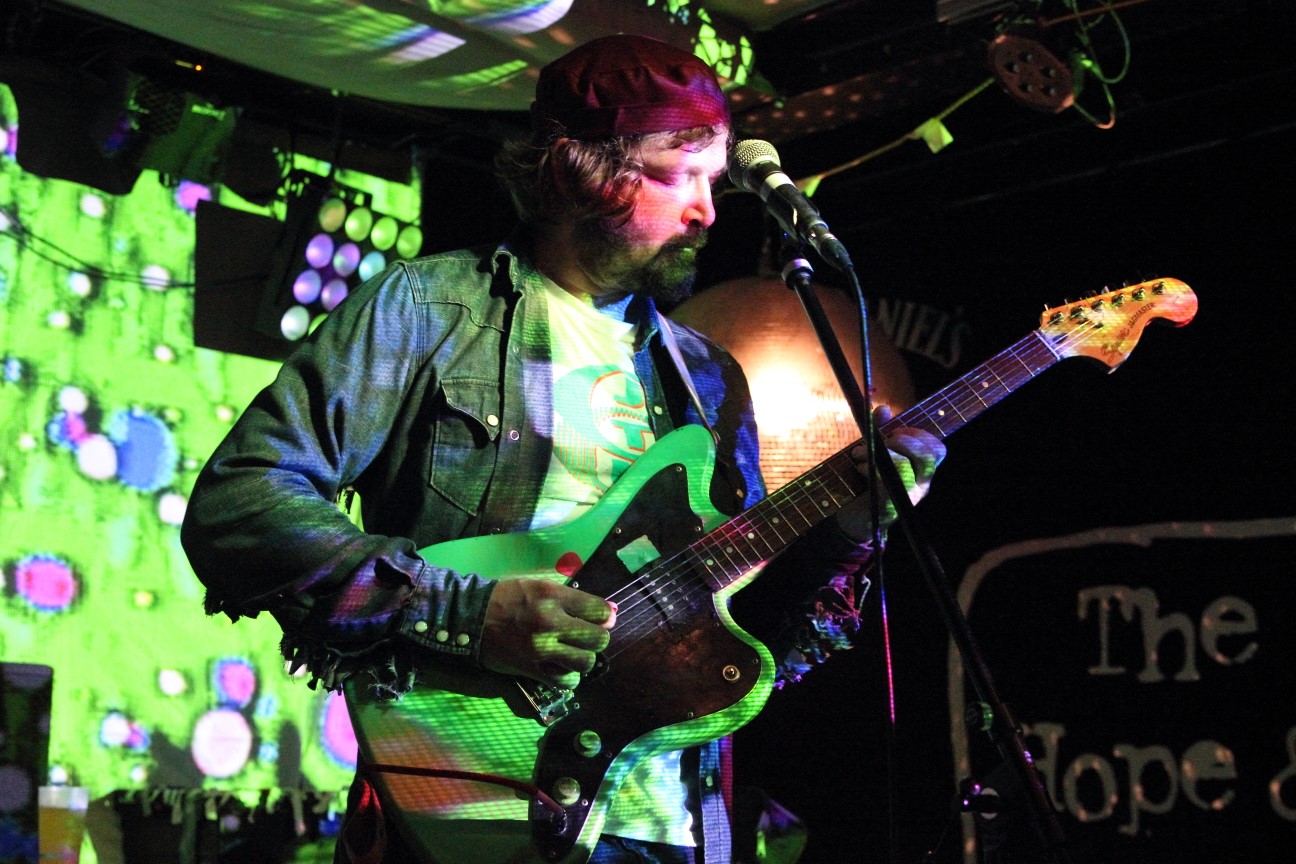 They produce some more atmospheric and trans dimensional psych music which makes some incredible soundscapes from desolate deserts, damp caves and swirling seas. The music is very spacy throughout with these longer songs being deep, warbling and wailing as they flow through the motions of their set.

Much of the drumming is produced with softer mallets which does lighten the drumming a bit to roll in tune with the otherworldly sounds being produced. The basslines of the band are driven and ever present, but always relaxed and not overbearing. There is just so much sound for just three people it is really quite impressive. I think the use of a lot of reverb and loopers, which adds more depth and complexity to the music. The instrumentation is fantastic throughout and really carries the band as vocals are used very sparingly. The pace does eventually quicken over time with more fuzz being added and it takes a more vintage tube feel with some blazing guitar and squealing harmonica solos.

The light-show being projected behind them has a negative double mirror effect which is a visual treat. They end on the song ‘Love Is Mild’ which really is a wonderful song to end on. Its slow chanting monotone vocals combined with the instrumentation really is a sonic trip. They finish at 9:45pm and leave the stage to applause 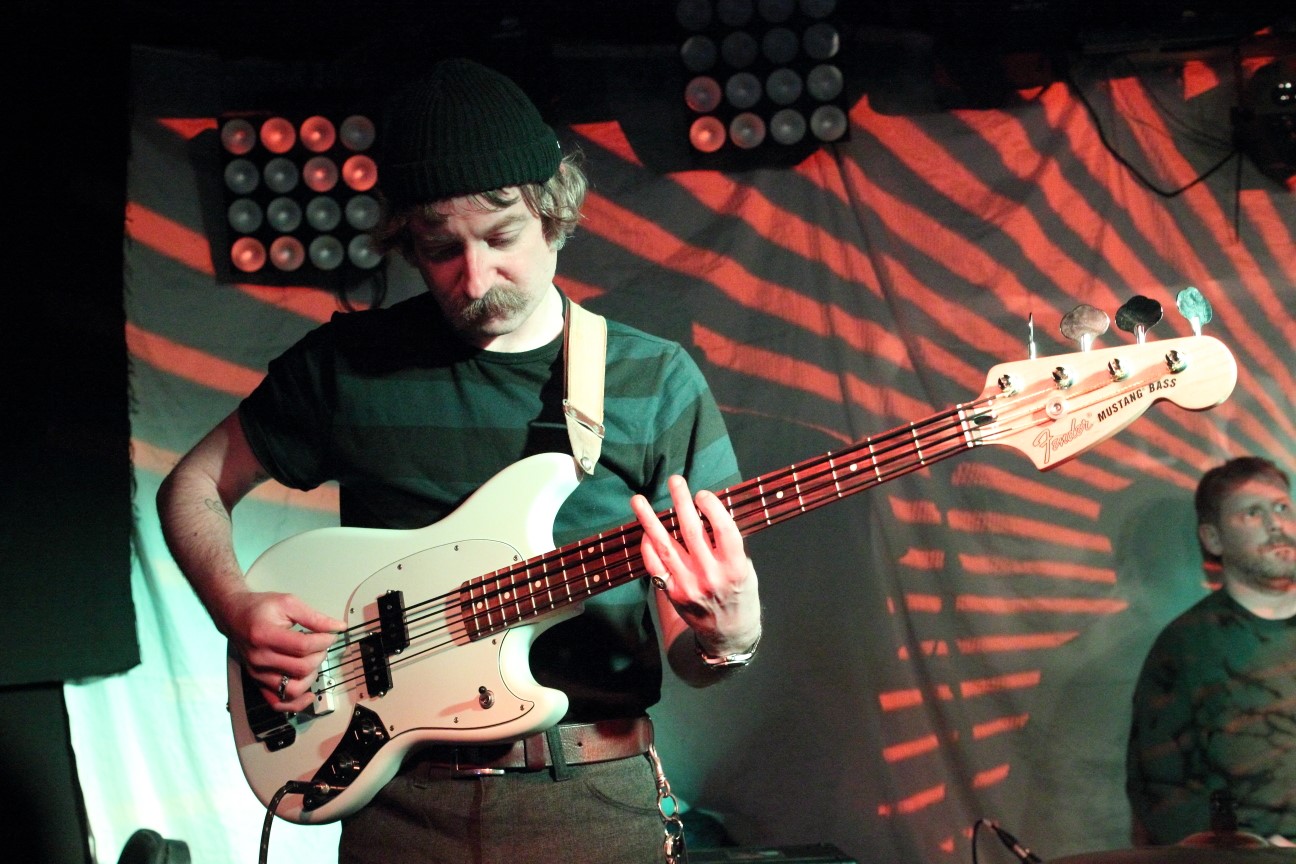 Japanese Television
At 10pm the headliner for this evening Japanese Television comes to the stage. The quartet consists of Ian Thorn (keys), Tim Jones (guitar), Alex Lawton (bass) and Al Brown (drums). Describing themselves as the second best space-surf band, they are making some strange yet wonderfully enjoyable music. Their underground following runs deep with their ability to sell out The Hope & Ruin well in advance of their concert.

The four piece fills the room with their robust sound that carries over the excited audience. They seem like really nice guys as they play full of energy and enthusiasm for their music. Their music is bassy and danceable as it pumps out of their instruments. The mixing desk with synths and midi controllers is centre stage as the spacy boogie infused psych plays. There is a bit of movement from the crowd as everyone gets into it.

The spinning lights add another level of aura to the performance. The repetition and reverberation really make the electric beat based psych take over. The mixed crowd are really loving it. It has a great Saturday night atmosphere. Within the hour long set, they explore their discography in depth and detail. The pace gets faster as the set goes on. Some of the songs in minor key have a dark and forbidding tone to them. They play an encore which really goes down well. When they finish the deafening applause follows them off the stage.

An incredible Saturday night gig which leaves us satisfied and looking forward to then playing Brighton again. 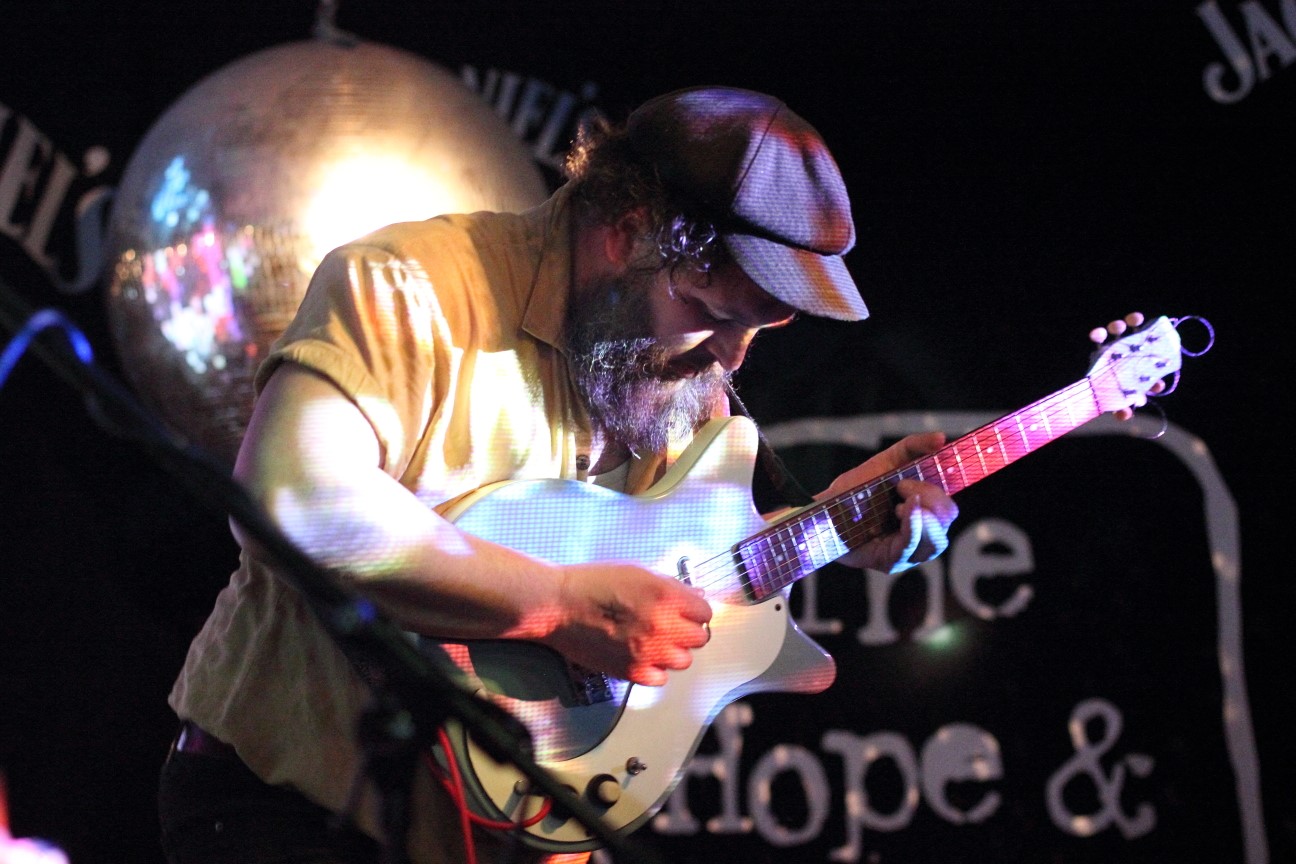