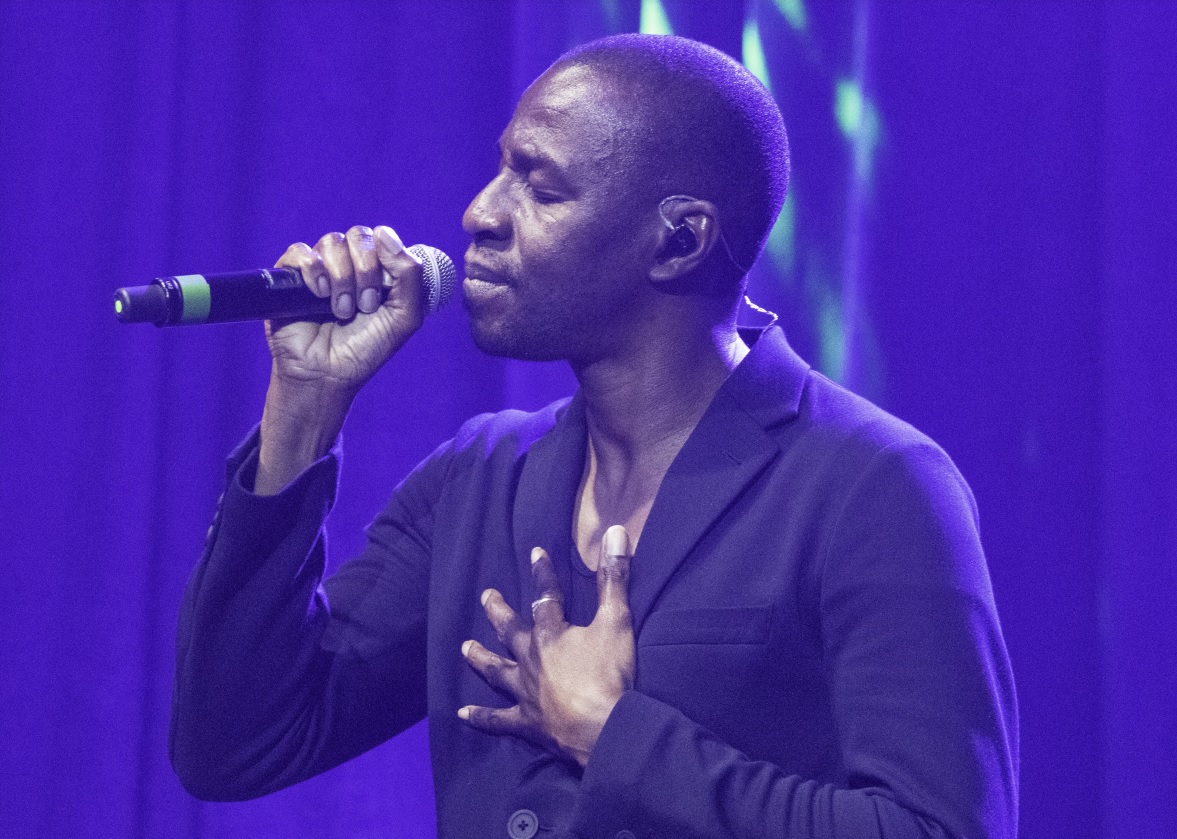 The usual lively audience filled the Brighton Dome last night, a very wide mix of ages, who had waited amiably for a Lighthouse Family reunion for nearly twenty years, and it was to prove well worth the wait.

Tunde Baiyewu and Paul Tucker met whilst bartending in Newcastle in 1993 during their years at university, they subsequently formed Lighthouse Family, with Baiyewu providing vocals and Tucker playing keyboards. Their debut album of pop, R&B and soul released two years later by Polydor, was called ‘Ocean Drive’ and sold 1.8 million copies ensuring their popularity across Europe. In 1997 the follow up album, ‘Postcards From Heaven’ sold extremely well too. From 2003 until 2019 they both pursued their own projects, finally releasing a new album last year, ‘Blue Sky In Your Head’, they are currently on a fifteen date tour. 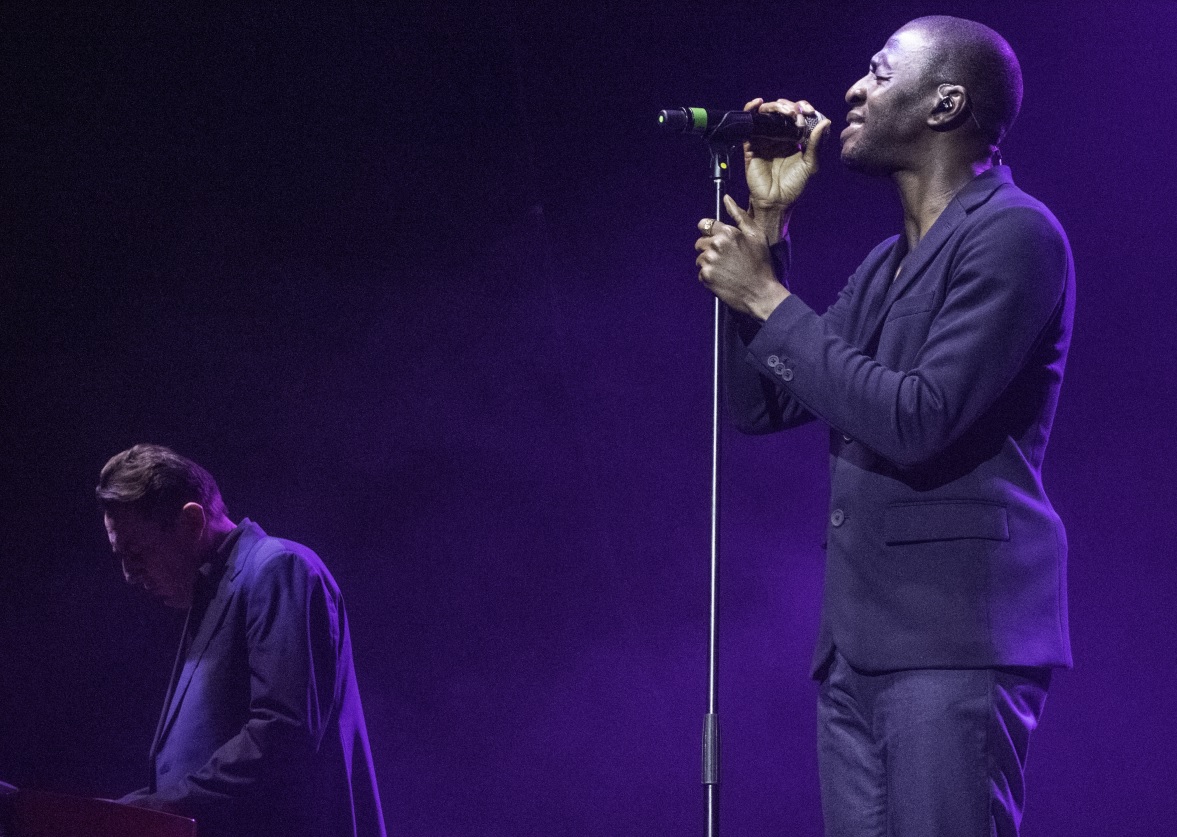 The lights went down, coloured lights swirled on stage for what seemed a long time and then, swiftly, the band came on to rapturous applause with Tucker and Baiyewu following, to loud cheers; the evening had started as it meant to carry on.

Tucker and Baiyewu seemed genuinely unsure as to whether the audience would still enjoy their music, but they need not have worried. Starting with ‘Question of Faith’ and ‘Loving Every Minute’, in a set of hits mixed with new songs, they moved coolly into their groove, Baiyewu and Martin on backing vocals throwing some gentle shapes to the soulful pop and Tucker excitedly jigging at his keyboards. Both musicians chatted easily with the audience during the show, sometimes explaining how songs had been written, sometimes chatting about their careers and friends from along the way. ‘Put My Heart On You’ was inspired by Baiyewu’s daughter who asked him sleepily if she could put her heart on him. 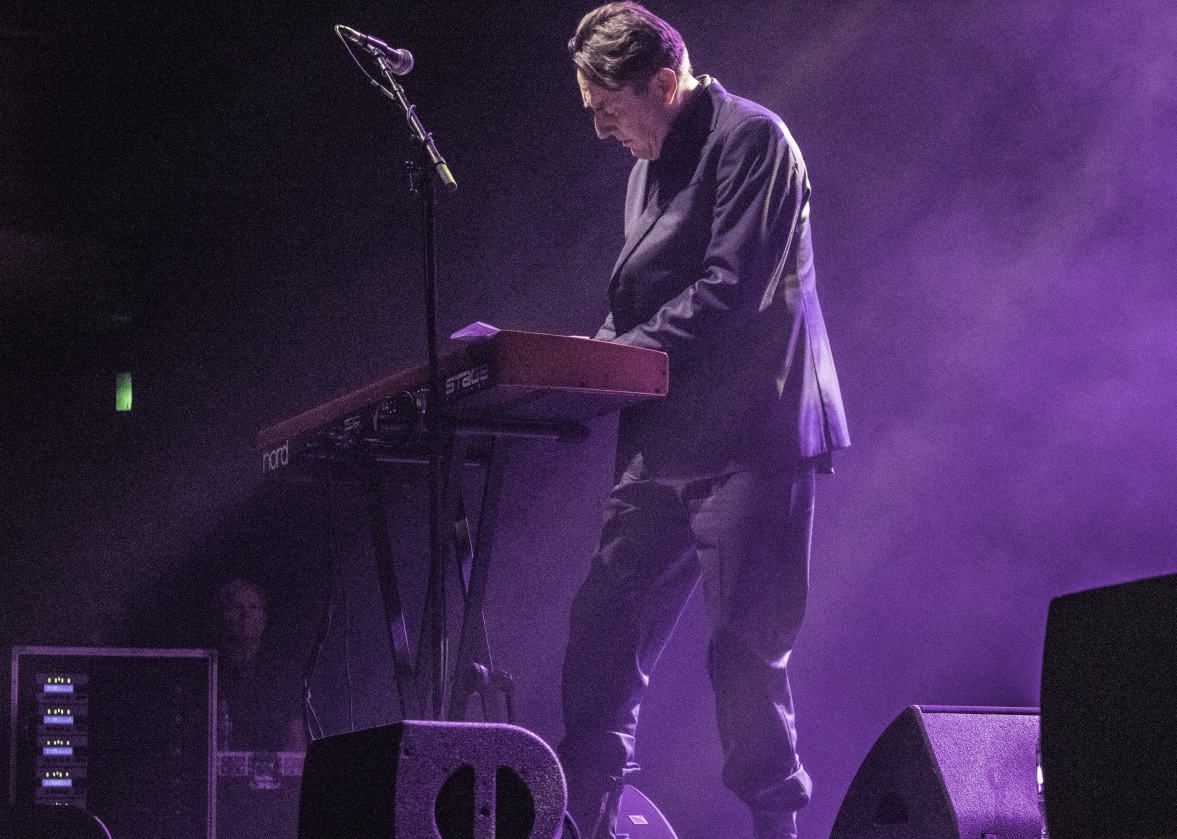 Next up was the wonderful ‘Lifted’, definitely my favourite of their hits, and the whole audience were lifted up out of their seats, joining in and dancing joyfully, a wave of emotion swept across us, one of those magical moments that music can bring, unifying the whole room. Both Tucker and Baiyewu explained at different times during the gig that their motivation when songwriting was to transmit hope, optimism and beauty and talk about life and love; this optimism came through in the best of their songs, bringing an almost religious fervour and supplying us with light in this, sometimes, dark world.

Throughout the concert, Tucker’s clever keyboard skills added what seemed like an orchestra to the solid and professional band, for instance, ‘Run’ sounded as if there was an invisible brass section and ‘Lost In Space’ as if there was an invisible string section. Their familiar brand of chilled, soulful, uplifting pop music held up well, of their new songs, ‘Who’s Gonna Save Me Now’ stood out, definitely hit material and a lovely song, with that string section sound and lovely backing vocals. ‘Ocean Drive’ and their final number, ‘High’, were, of course, crowd pleasers with impressive singing along from the audience and non-stop dancing.

By the time they finally exited stage left, the crowd definitely had that ‘Blue Sky In Your Head’ vibe, I know I made my way home feeling happy and optimistic and full of love for the world. More please. 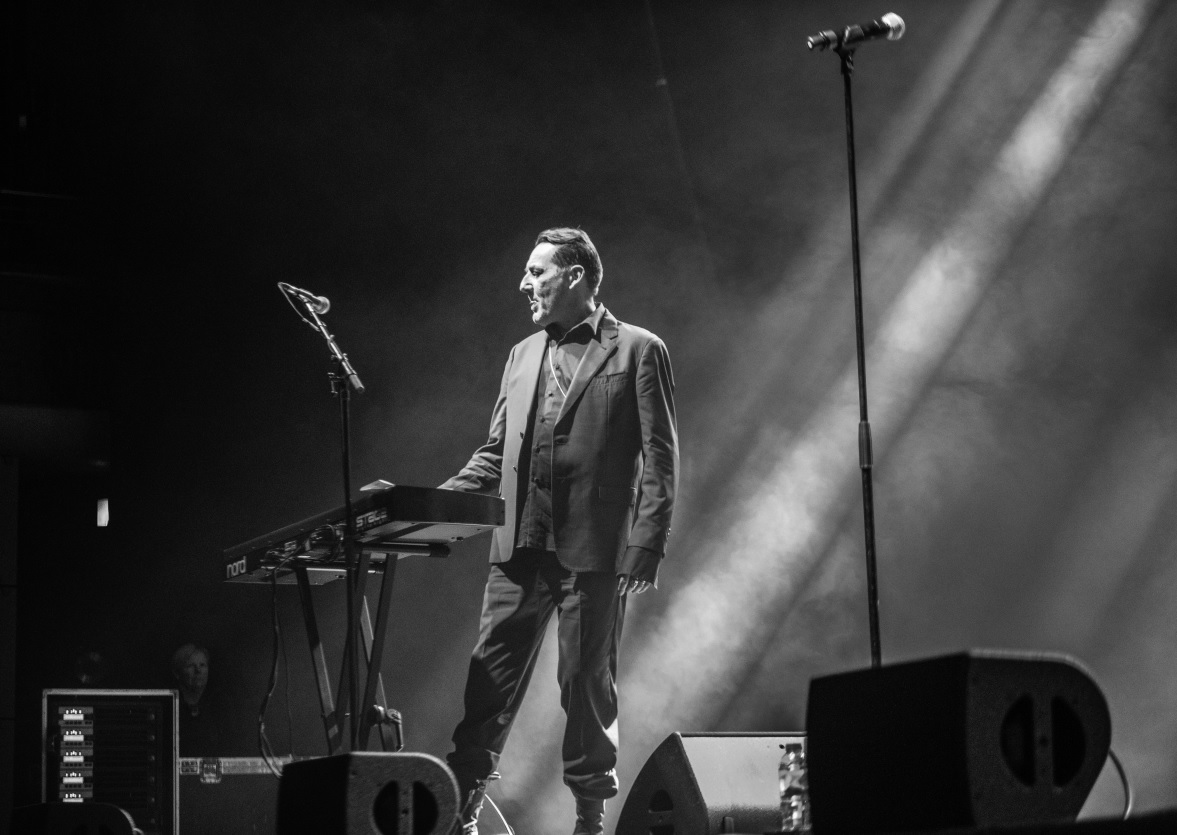 Lighthouse Family setlist:
‘Question Of Faith’
‘Loving Every Minute’
‘Put My Heart On You’
‘Lifted’
‘Goodbye Heartbreak’
‘Run’
‘Live Again’
‘Raincloud’
‘Lost In Space’
‘My Salvation’
‘Postcard From Heaven’
‘Who’s Gonna Save Me Now?’
‘Ocean Drive’
‘Clouds’
‘High’
(encore)
‘The Streetlights And The Rain’
‘I Wish I Could Know How It Feels (To be Be Free)’
‘One’ 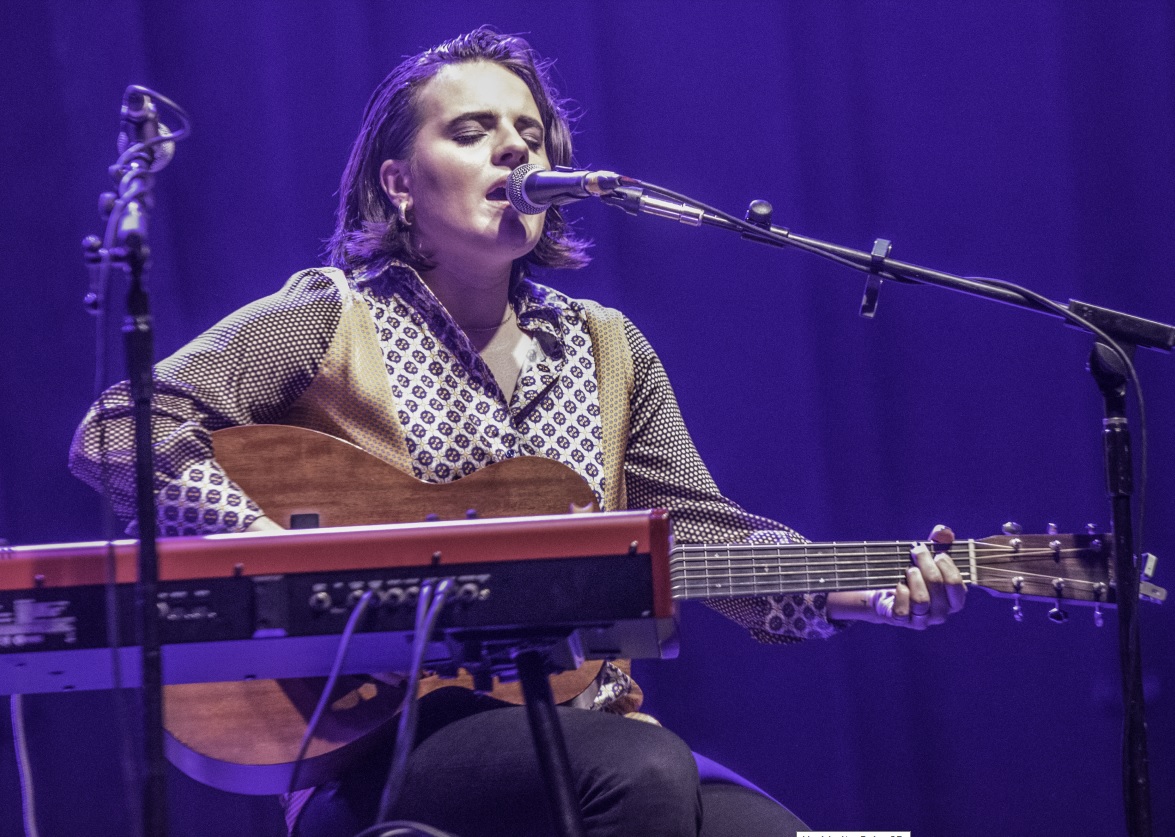 Georgie live at the Brighton Dome 25.02.20 (pic TheMusicPhotoGuys) (click on pic to enlarge!)

Georgia Rose Harriet Barnes, aka Georgie, supplied a great acoustic support act for Lighthouse Family; a young Mansfield lass, she has strong, clear vocals and is primarily a pop ballad singer. A frequent support act with Jake Bugg, she has also gone on to share stages with stars ranging from Blossoms to Jack Savoretti. Recording her debut single ‘Company Of Thieves’ with the legendary Matthew E White, in 2019, Georgie released the album, ‘Georgie: Live!’ Last night she sang 7 songs, mostly self penned, except for two, ‘Chasing Cats’ which was co-written with Francis White, who also wrote ‘Chasing Pavements’ for Adele, plus a bluesy Bonnie Raitt cover, ‘Love Me Like A Man’.

Her pure vocals soared out from the stage, playing acoustic guitar with her first two numbers and then keyboards for the other five, seemingly more comfortable at the keyboards, where she says she writes all her music. My favourite song was ‘Emily Jane’, a sad but lovely number, I found myself wanting to hear the recorded version. Georgie ended her enjoyable set with a new song, ‘Hold Me’, and ‘That’s When It Feels Like Love’.