The cost of providing emergency food during the covid-19 coronavirus crisis has risen to £200,000, with extra cash coming from Brighton and Hove City Council.

The money – some raised through a crowdfunding appeal – has helped pay for thousands of meals and food parcels for people in “food poverty”, according to a report to councillors.

It comes after a crowdfunding appeal – under the banner Hungry at Home – was set up in March “with the aim of raising £15,000 to buy emergency food in bulk from catering wholesalers”.

A council report said: “The target was quickly reached and doubled to £30,000.

“When that target was reached, the council provided match-funding of £30,000 to support the effort to purchase emergency food.”

The council also gave the Food Partnership a £15,000 grant to manage and co-ordinate emergency food distribution and helped secure premises – at Hove Park School – to use as a food processing hub.

The extra £124,500, granted by Mr Raw for June, July and August, is expected to help feed hundreds of struggling families and individuals.

The report – to the council’s Policy and Resources (Recovery) Sub-committee – said that applications to the Local Discretionary Social Fund had risen from 70 in February to 238 in April.

It said: “Emergency food need does not appear to be abating.”

Fourteen food bans were operating before the coronavirus crisis. Seventeen food hubs have since been set up in response to the crisis. The council and Food Partnership also work with 10 community meals projects.

And, the report said, before the crisis “emergency food providers were giving out 420 parcels a week”.

It added that, in the week commencing (Monday) 27 April, “40 local food projects gave out emergency food parcels to 3,001 households, supporting over 4,831 people, including at least 996 children and served 3,966 meals.” 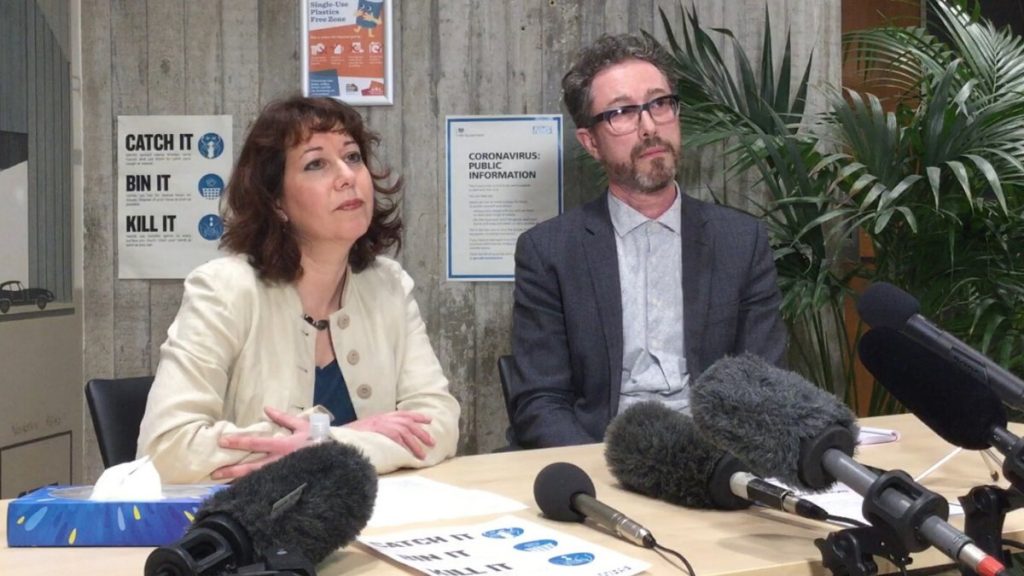 The council’s head of communities, equality and the third sector, Emma McDermott, said: “The money allows us to ensure we are feeding people while we are also beginning to support them to maximise their income and move off our emergency food lists.”

She also said: “Funding emergency food as a response to food insecurity is not sustainable in the long run.”

The council has produced a guide for all food banks and similar projects in Brighton and Hove on how to help people find more support.

Her report to the sub-committee said: “The main reasons that people use food banks are low income, debt, benefit delays and benefit changes. These reasons have not changed.”

But, she told councillors, demand for emergency food support had risen since the coronavirus measures were introduced, particularly when people lost their main source of income.

Her report said that food poverty was driving the need for food banks and hubs as “people’s shopping options in lockdown became more expensive”.

It said that local shops were more expensive, there were delivery charges and poorer people were unable to bulk buy food cheaply.

Green councillor Phélim Mac Cafferty thanked the communities team and volunteers for their work which he said was as a “real lifeline” for so many people.

Councillor Mac Cafferty said: “What we’ve seen through the lockdown period has been a fantastic community response.

“We’ve seen an awful lot of people who’ve had a little bit of extra time be able to volunteer in their community.

“It would be great for the council to have a meaningful discussion with employers in the city to encourage volunteering leave.”

Ms McDermott said that some volunteers were heading back to work and others were “burnt out”.

The Green group convenor said that there was still a need to help people who were shielding, particularly ahead of a potential second wave of the coronavirus.

If people were able to have a few hours off work each week to help others in need, it might make a crucial difference, Councillor Mac Cafferty added.

American Express was among local employers in the City Volunteering Partnership that encouraged staff to volunteer, the sub-committee was told when it held a “virtual” meeting, chaired by Labour council leader Nancy Platts, yesterday (Wednesday 24 June).

Green councillor David Gibson said that the Hanover community had raised £10,000 towards setting up a food co-operative to help people once the emergency funding ran out in September.