Hunt still on for Brighton gunman

Police are still hunting for a gunman who is reported to have fired his weapon in Brighton at about midday today (Monday 19 October).

Earlier the police helicopter and armed officers were searching the area to try to find the gunman and a woman who was reported to be with him.

Sussex Police closed St James’s Avenue – and St James’s Street for part of the afternoon – and said that they had found the victim in an “altercation” who was unhurt.

The force said: “Sussex Police is continuing their search for two suspects in connection to a Brighton altercation.

“Just after 11.50am on Monday (19 October) police received a report of a disturbance involving three people in Rock Place, Brighton.

“One of the suspects was in possession of a firearm, which is believed to have been discharged at the location.

“Police quickly located the victim, a man, who did not suffer any injuries.

“Officers, including firearms colleagues and the police helicopter, conducted an initial area search to locate the two suspects – a man and a woman – but the pair were not found.”

Investigating officer Detective Inspector Donna Ward added: “This is a fast-paced investigation where, fortunately, the victim did not sustain any injuries.

“We are searching for a man and a woman in connection with the incident. The man is described as white, in his mid-late twenties, with short mousy brown hair and wearing dark blue jeans and a black puffer jacket.

“The woman is described as being late teens or early twenties, of slim build, with long blonde hair and wearing a red coat with a fur trim around the hood.

“It is believed that a firearm was discharged at the location and we will continue to investigate whether the victim was known to the suspects.

“There is not believed to be a wider threat to the community. 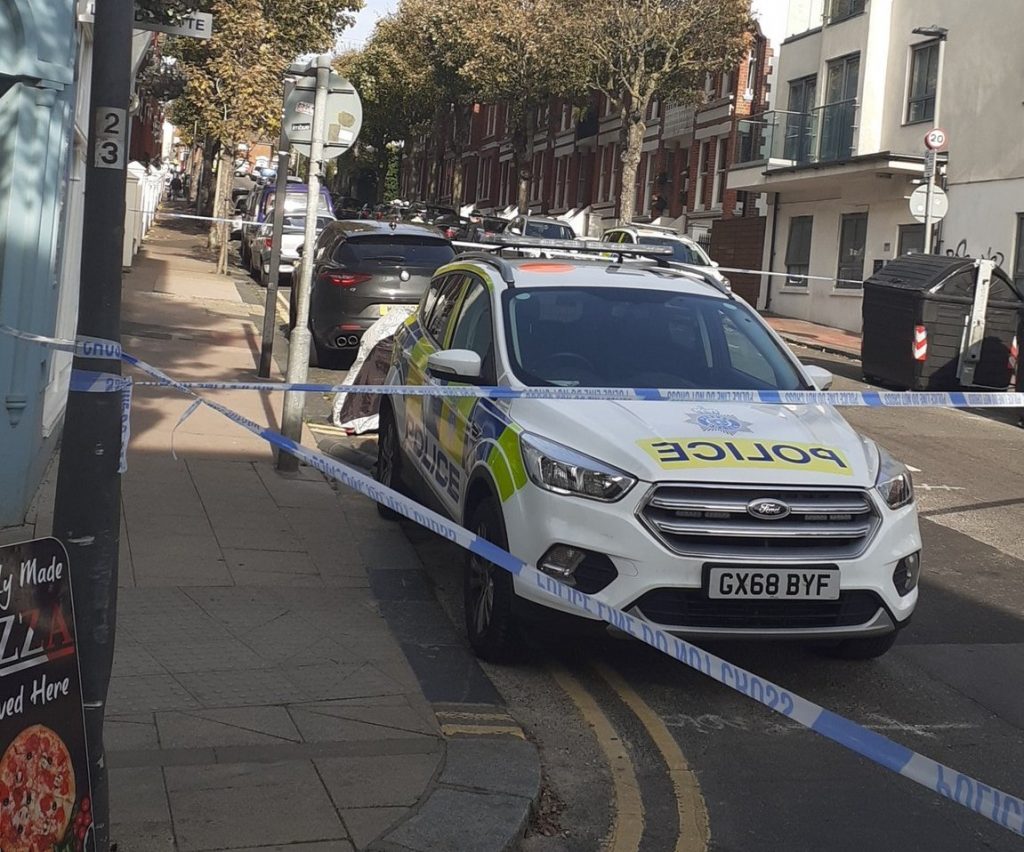 “Officers in the city will continue to conduct high-visibility patrols at this time. We have had to close some of the roads around the St James’s Avenue area of Kemp Town and these road closures will continue to be in place while inquiries are ongoing.

“We appreciate the public’s understanding around this disruption.

“We are aware this incident was witnessed by a number of members of the public and we are appealing for you to come forward to us with information.

“Do you have CCTV outside your property which captured the incident or did you witness anyone matching the descriptions of the suspects in the city prior to or after the altercation?

“If you can assist the police investigation please report online or call 101 quoting Operation Spyglass.