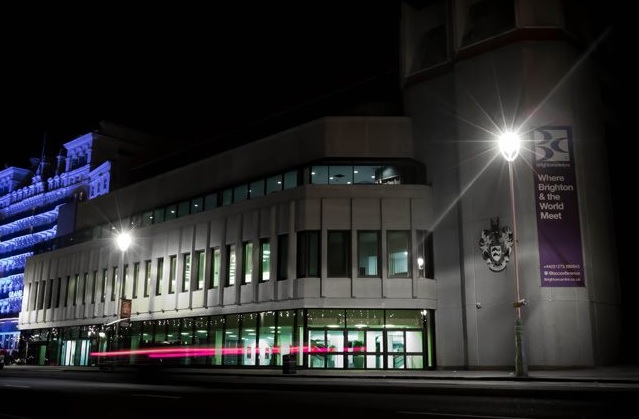 The NHS is in talks with Brighton and Hove City Council to use the Brighton Centre as a venue for a mass vaccination centre.

The agenda for next week’s meeting of the council’s Policy and Resources Committee includes an item titled Brighton Centre – Mass Vaccination Centre.

The report is yet to be published, but the NHS tonight confirmed that the seafront conference centre is under consideration as a possible location for a large-scale site.

An NHS spokesman said: “With clinical trials progressing well, the NHS across Sussex is preparing to be ready to deliver vaccinations as soon as a safe and effective vaccine becomes available.

“A priority in all our planning is to ensure that it is as easy as possible for eligible people to access a vaccination when they become available.

“The NHS, working with other partners, will deliver the vaccine through a network of locations, for example, to vulnerable and housebound people in their own homes, at community clinics and at large-scale sites.

“The Brighton Centre has been identified as one of the larger sites where a vaccination centre could be set up to support this programme and planning is ongoing.

“Site locations will be confirmed once plans are finalised.”

The Health Service Journal reported last week that the NHS was looking to set up at least 42 mass vaccination centres around the country – at least one for each healthcare system and possibly two for the larger ones.

Thousands of staff are also expected to be recruited to administer the vaccines, including 6,000 in the south east, the HSJ reports.

This month, the makers of three vaccines which the UK government has agreed to buy announced encouraging test results.

If, as expected, they are approved by the Medicines and Healthcare products Regulatory Agency (MHRA), NHS staff could start to be vaccinated in about four weeks.

Care home staff, residents and high-risk and elderly people are also set to be among the priority groups for vaccination.

Another report to next Thursday’s policy and resources committee, about the council’s budget management, says the Brighton Centre is expected to be closed until March 2021.