Police are hunting for a man with links to Brighton and Eastbourne. 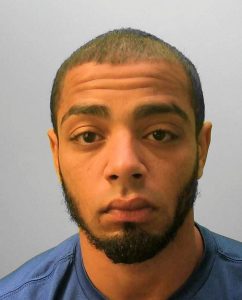 Sussex Police said that Robert Foyle, 29, was wanted after an assault and damage in Eastbourne.

Earlier this month Foyle was fined £80 at Brighton Magistrates’ Court after he admitted obstructing a police officer in the execution of his duty in Warren Road, Brighton, last month.

Foyle, of Parrs Close, in Croydon, south London, was also given a community sentence after he pleaded guilty to attacking Hayley Hillyer.

Sussex Police said today (Wednesday 30 December): “Police in Eastbourne and Brighton are looking for 29-year-old Robert Foyle, who they want to interview over assault and damage involving a woman known to him.

“He is suspected of assaulting the woman and damaging a car and a washing machine belonging to her at an Eastbourne address on (Tuesday) 15 December.

“Foyle is described as black, 5ft 7in and slim, with brown hair and brown eyes.

“He is originally from Croydon but has links to both Eastbourne and Brighton and is likely to frequent both areas.”

Detective Constable Kerri Ventham, of the East Sussex Safeguarding Investigations Unit, said: “If you see Foyle, do not approach him, just dial 999.