Fewer stray dogs are being found by the council’s animal welfare team since the start of the coronavirus pandemic, an official said today (Thursday 4 March).

Owners of unwanted dogs appear to be more likely to sell them rather than dump them, councillors were told.

An official said: “Prices of dogs have increased enormously and the demand exceeds the supply.”

Labour councillor Carmen Appich said that she was concerned about a reported rise in the number of dogs being stolen.

She asked: “How many strays have been picked up over the past 18 months or so and (has there) been a change since the start of the pandemic?

“And then once picked up … how many have gone to kennels, how many rehomed and how many may have been sent to rescue centres and also put down?”

Council licensing manager Jim Whitelegg said that the team had picked up 92 strays over the past 18 months, with 46 placed in kennels while 22 were “sent to rescue for rehoming”.

He did not say how many of the dogs had been destroyed.

The number of strays had dropped since the start of the coronavirus pandemic, he said, as many dog owners spent more time at home with their pets.

And he added that the word from some rescue centres was that many dogs that might otherwise have been placed with them or abandoned were being sold by their owners.

At a Brighton and Hove City Council meeting today (Thursday 4 March) Councillor Appich said: “I want to know how many of the reportedly lost dogs were later found to be stolen.

“The police tell me there have been a lot of issues with dog theft. I’m really concerned about that.”

Brighton Dog Watch has a missing dog from Hove currently listed on its Facebook page. 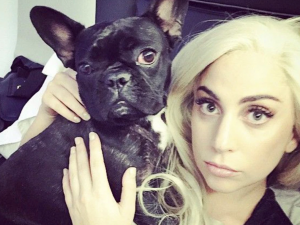 And dognapping has hit the national and international headlines since the pandemic started, with a Channel 4 News report suggesting that stealing dogs had become a big business.

Pop star Lady Gaga’s dog walker was shot in the chest – and survived – as thieves stole two of her French bulldogs in Los Angeles last week. The two dogs were returned.

Councillor Appich was asked to put more detailed questions to the council’s Environment, Transport and Sustainability Committee which is due to meet on Tuesday 16 March.

At the weekend Brighton and Hove News reported that police chiefs are asking the public for their views about dognapping as part of a national survey.