Tributes paid to Portslade motorcyclist who ‘had the biggest of hearts’

Tributes have been paid today to a motorcyclist from Portslade who died in a crash in Hassocks earlier this week. 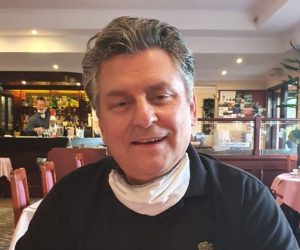 Nigel Peters, 62, from Portslade, was riding his blue Suzuki motorcycle when it was in a collision with a dark blue Vauxhall Zafira on the A273 Brighton Road at about 8.42am on Tuesday (13 April).

His family said: “Nigel was a loving husband to his wife, an amazing and caring father to his children, a wonderful son, grandfather and brother, and a much-loved friend.

“He was well respected and thought of by all that knew him, worked with him and met him.

“A true family man, Nigel was an utter gentleman through and through, and would do anything for anyone. Nothing was too much – that was his nature.

“He was clever but modest and known by his loved ones for his wit and brilliant sense of humour.

“His generosity, kindness and love for those he knew had no limits – he had the biggest of hearts.

“The loss of Nigel cannot be put into words but it has left an enormous void in everyone’s lives that he touched, especially his family.”

Sussex Police said: “Emergency services responded to the incident but Nigel tragically died at the scene.

“The sole occupant of the Vauxhall – a 31-year-old local man – was uninjured.

“Officers are continuing to investigate the collision and anyone with information is asked to come forward, especially anyone who captured the movements of either vehicle on dashcam shortly beforehand.